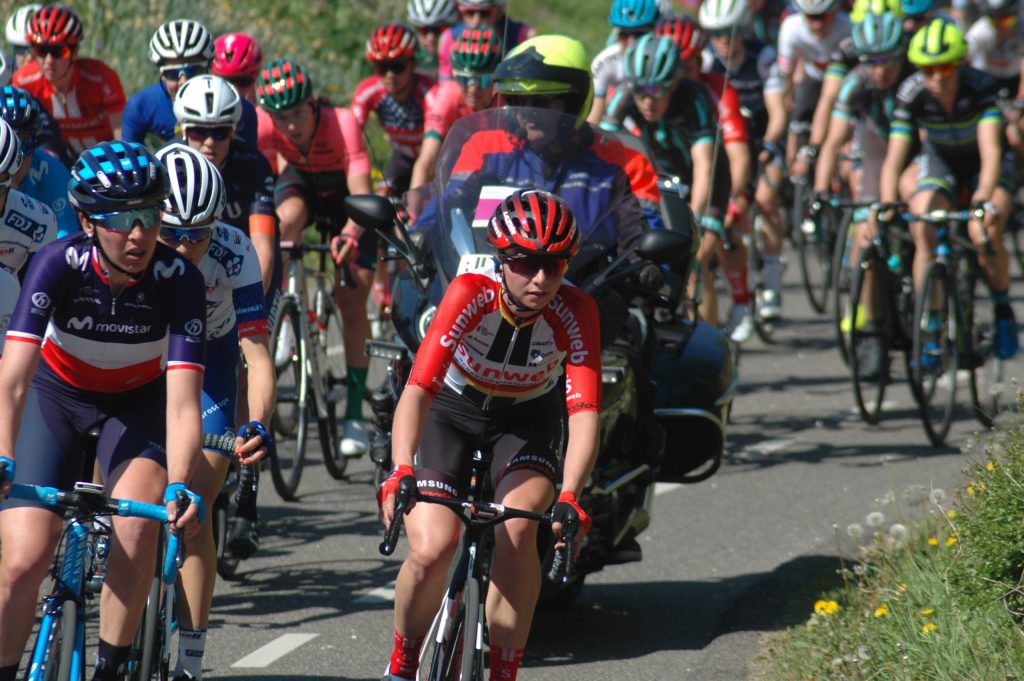 The Cadel Evans Great Ocean Road Race (CEGORR) is back for its 5th edition in 2020. For the first time, it’s now a Women’s WorldTour race making it the start of the WorldTour season. All of the non-Australian teams that made the trip over the Tour Down Under have stayed on for this race.

The parcours hasn’t particularly changed from last year’s race. A punchy hill with around 10km to go will provide the platform for race-winning attacks. There’s also a longer but less steep climb just under 10km before that hill that will be useful to thin out the peloton.

If previous races in 2020 are anything to go by, Mitchelton-Scott riders will drive the pace up on the first climb to drop riders. Then we’ll see Spratt and Brown attack properly on the second steeper one. If anyone is able to go with them, they’ll be in a great position to challenge for the win.

Last year Arlenis Sierra was able to break free on her own and win solo by 19 seconds. The previous year saw Chloe Hosking win a bunch sprint, so either is possible.

Arlenis Sierra was last year’s winner but was relatively quiet in the Tour Down Under, finishing 16th Overall. She was consistent with 4 top-15 finishes but didn’t finish any higher than 9th. Another podium is certainly possible this year but the form doesn’t appear to be there for the win itself. Someone who does have the form is Lauren Stephens who I took out of my podium prediction at the last minute, only for her to finish 4th Overall. She finished well on all 4 stages. She also showed her all-round abilities by finishing 3rd on the uphill drag of Stage 3 and 2nd in the Stage 4 crit.

Mitchelton-Scott is, as usual, packed with strong local riders. Amanda Spratt will be one to watch naturally. The Australian national champion finished 3rd with a stage win last week, ending her run of consecutive victories. In last year’s Cadel Evans Great Ocean Road Race, she finished 3rd. She’ll be ably supported by Grace Brown who has been great so far in 2020. She’s finished 3rd in the nationals as well as 4th on Stage 2 of the Tour Down Under. Both times she’s helped Spratt go on to win those races providing a bit of extra firepower. Lucy Kennedy was surprisingly quiet last week which may be a sign that the form isn’t there. She was 2nd in last year’s CEGORR though.

FDJ will have the pair of Brodie Chapman and Shara Marche (it was Gillow last week but people seem to have found out she’s got married recently). Chapman just missed out on a stage win at the Tour Down Under when she attacked and was caught within the last 1km by the peloton. Those attacking instincts could give her a chance – she was 6th last year. Shara Marche did well in the general classification last week by finishing 12th. She finished well on the similar parcours found in Stage 2 and will be hoping the climb is raced tough enough to drop the natural sprinters.

Trek’s Ruth Winder won the Tour Down Under with some excellent racing last week. She obviously has the form to try and repeat that success. She was 2nd on Stage 2 and won Stage 3 which are very good signs for a repeat result here. Peta Mullens will be the best shout for domestic team Roxsolt Attaquer. She was 10th Overall but finished 5th, 6th and 4th on the first 3 stages of the race. She was also 10th in this race back in 2016 and has good enough legs to get over the climb and be able to sprint for the finish too.

Ella Harris had a good week at the Tour Down Under, a pair of Top-10 finishes saw her take 13th Overall. Jessica Pratt actually finished higher for Canyon SRAM, thanks to bonus seconds won, but really she’ll only be an option here if it comes down to a bunch sprint. Still tough to completely rule out Alexis Ryan too.

Sunweb have many options. Obviously the form pick is Lianne Lippert who finished 2nd Overall last week. She’s got the capability to make an attack on the hill near the finish and still be able to sprint hard for the line. We saw that last season on the Burton Dassett summit finish in the Women’s Tour. Juliette Labous will ably support her and was 11th Overall. She only snuck in the Top-10 on one stage though so consistency saw her finish highly. Leah Kirchmann is definitely a contender, particularly if we see a bunch sprint. She also had a good week, finishing 6th Overall and winning the Points competition.

Rally will have 2018 winner Chloe Hosking if the race comes down to a sprint. She could make an attack but a sprint finish would suit her better. She won the 1st stage of the Tour Down Under last week too. Her teammate Kristabel Doebel-Hickok is a better climber and was 20th in last year’s CEGORR. You’d feel that she’d have to make a solo break in order to win it.

Finally, the Kordamentha Australian national team have the twin hopes of Rachel Neylan and Ruby Roseman-Gannon. Neylan got a pair of Top-10 finishes last week on her way to 14th Overall. She was also 2nd in the 2016 edition of the Cadel Evans Great Ocean Road Race.
Neylan fractured her foot earlier in the week and won’t be racing.
Ruby Roseman-Gannon finished every stage between 13th and 21st places, that consistency gained her a 17th place finish Overall. She also won the bunch sprint of the chasing pack on Stage 2 which suggests a small bunch sprint will suit her fine here.

Simona Frapporti won the final criterium stage of the Women’s Tour Down Under. In theory, the CEGORR will be too lumpy for her to finish high on but clearly, she has the sprinting form already. Still can’t ignore the local talent in Sarah Gigante. She did solidly at the Tour Down Under, finishing 25th Overall with a highest placing of 16th on Stage 2. There are hopes she can make a name for herself with a career result.

FDJ’s Maëlle Grossetête is someone I’m tipping for good results in 2020. She was kept quiet during the Tour Down Under but at some point this season she’ll have a chance. Mexico Andrea Ramirez very quietly managed to finish 7th Overall at the Tour Down Under which was an excellent result for Agolico. Why she’s still an outsider for me at CEGORR is that she did it without finishing in the Top 10 of any stage. She shows consistency but maybe isn’t yet a top one-day racer.

Finally, Emily Herfoss has had a quieter start to 2020 compared to her 2019 season. She was 28th Overall at the Tour Down Under with no great single result. She was 8th at this race last season when her form looked better.