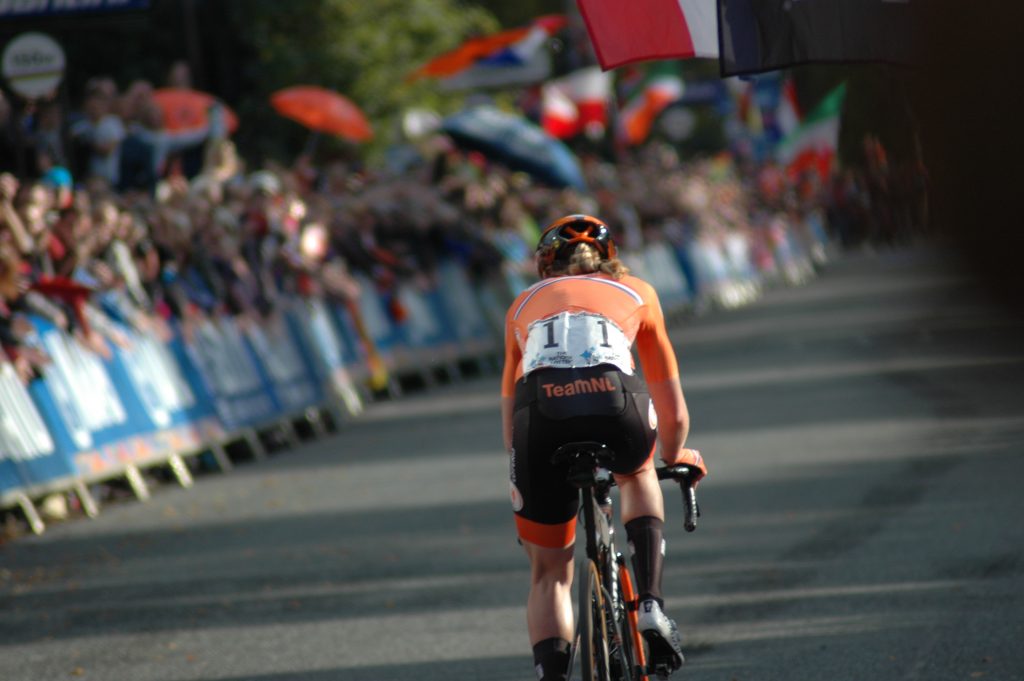 Stage 8 of the 2020 Giro Rosa sees riders tackle another steep finishing climb. The final climb is 5.6km at 8.1% all in all but the first part is the steepest. Riders get to suffer 3km at 12% before it flattens out to just 1-2% for 2 km. Then the final 600 metres end with a kicker of 6%. It’s another stage for the puncheurs to get victories. There’s an opportunity for a break to finally stay away in this year’s Giro Rosa, but we’re likely to see the usual candidate battling for a stage win.

Despite teasing us with a trailer, there’s no live TV coverage of the Giro Rosa still in 2020.

There are highlights shown on the PMG Sport Youtube Channel of each stage. The times vary each day.

Cecilie Uttrup Ludwig has had a great Giro Rosa on the punchy finishing climbs so far, all that’s missing is a stage win. She came closest on the short, super steep climb up into Assisi on Stage 3 by finishing 2nd. She still needs to find 1 minute on Anna van der Breggen to get onto the podium though. Marianne Vos has taken her total of Giro Rosa stage wins up to 28 after winning 3 so far in 2020. This finishing climb might be too long but with the respite after 3km might be enough to keep her in the hunt for the stage win. Annemiek van Vleuten is the obvious favourite and in the pink jersey. She’ll want to put the race to bed on Stage 8. Van Vleuten unfortunately suffered a broken wrist on Stage 7 and is out of the race. Her teammate Amanda Spratt is also out of the race with a concussion.

Elisa Longo Borghini was great on the uphill finishes so far, even briefly overtaking Van Vleuten on the way into Tivoli on Stage 4. Other than a relatively poor Stage 2, she’s had a great Giro Rosa which saw her in the pink jersey for the first time. Canyon’s Kasia Niewiadoma was only a couple of seconds behind Longo Borghini on the way into Tivoli. She’s someone who could potentially win on this sort of climb but Van Vleuten will always be a favourite ahead of her. She’ll be looking to consolidate her 2nd place Overall.

Anna van der Breggen hasn’t quite been in the supreme form we’ve come to expect from her over the years. She struck out on Stage 2 to gain time on her rivals but subsequently has been further back than expected on the punchy finishes that should be her speciality. She still finds herself on the podium and it looks like she should be secure in 3rd place Overall. In a similar boat is the young star Mikayla Harvey who gained a load of time on Stage 2 and has been slowly losing time ever since. She’s still 5th Overall but the advantage she holds over Longo Borghini in 6th has shrunk to 11 seconds. She looks nailed on to win the White jersey though, she still has a lead of over 4 minutes from Cavalli and Lippert.

Mavi Garcia finds herself in 8th place but is only 17 seconds away from 5th place in the tight battle further down the Top-10 standings. She’s not really been challenging for stage wins this week but her consistency has seen her take a good position. She’s another who crashed hard in Stage 7. It’s a similar story really for CCC-Liv’s Ashleigh Moolman who best stage finish is 5th but her consistency has taken her to 7th Overall. She’s done plenty of work for Marianne Vos as well as keeping her own GC position secure.

Ceratizit’s Ane Santesteban should be fine on the climb but she lost more time than most of the top-10 riders on the way to Tivoli and now finds herself 12th Overall. The efforts of the week might be starting to take their toll. Teammate Erica Magnaldi is in a similar boat. She finished 9th on Stage 2 but has been very slowly falling backwards ever since. A great climber on her day, it’s tough to see her finishing in the top 10 after the crash in today’s Stage 7 though.

Liane Lippert likes a punchy finish. After losing time on the constant climbing on Stage 2, she’s been 4th and 6th on the uphill finishes since. This one is a little bit longer but with Lippert’s clearly in form and should be up there at the finish. Aigul Gareeva lost time on Stage 6 to fall to 41st overall. On the uphill finishes she’s been a top-15 finisher though. Normally I’d include her teammate Novolodskaya but after her crash on Stage 6, it’s not clear how she’s now feeling. Tatiana Guderzo is a reliably helper for Mavi Garcia but still managed to finish 16th on the way into Assisi. She’ll be performing the same role but might be able to push on and get another solid result for herself. Guderzo also went down in the Stage 7 crash though. Nadine Gill lost a couple of seconds at the end of Stage 6 to the sprinters but still sits in 20th place. She’ll be wanting to keep her consistent top-20 placings and her impressive GC spot in her first Giro Rosa.

I’ve tipped Elena Franchi on each uphill finish and she’s done well with a pair of 15th places into Assisi and Tivoli. With another uphill finish, she’ll be hoping to break into the top-10 for the first time in a Giro stage. Mikayla Harvey isn’t the only young Kiwi rider in the Giro Rosa. There’s also Niamh Fisher-Black. They’re teammates who’ve been supporting each other but Fisher-Black also managed to finish 17th on the finish to Tivoli. She may be able to get a strong result whilst assisting the likes of Harvey and Banks.

Katrine Aalerud is another who did well on the longer climb up to Tivoli. She finds herself just outside the top 20 Overall but hasn’t been seen too much in this Giro. On the longer climb to finish Stage 8 it may suit her more than punchier rivals. Finally, young French talent Evita Muzic had a great 2019 Giro but has been quiet in 2020. She’s just 1 spot behind Aalerud on GC but only has a best stage finish of 19th in Tivoli. She’ll probably be leading out Uttrup Ludwig in fairness but like Fisher-Black might get her own result.