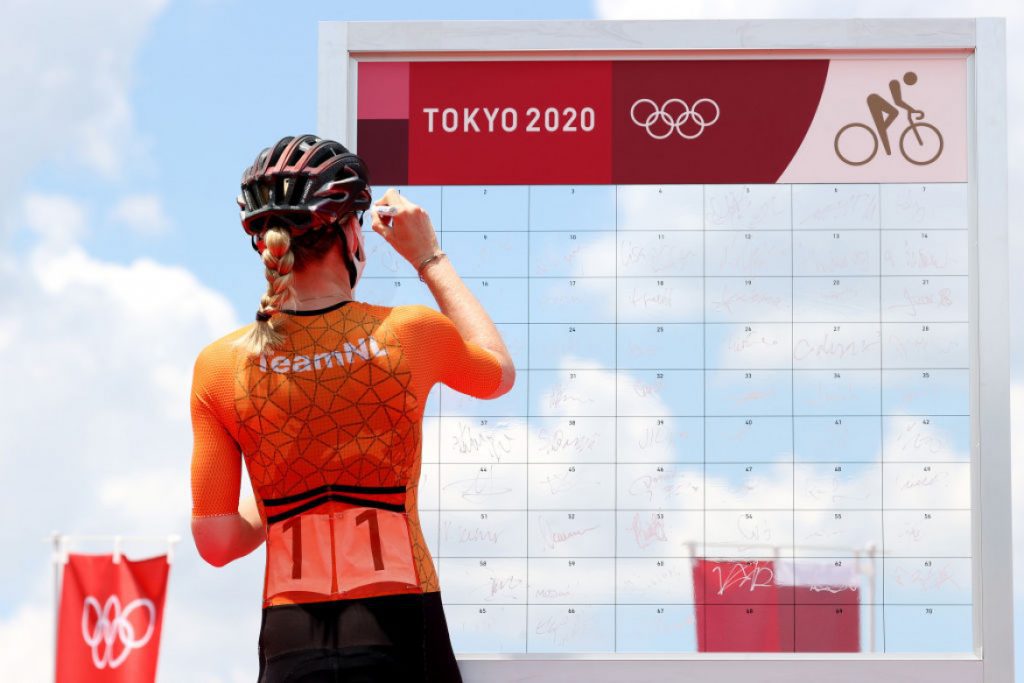 The 2021 Women’s Olympic Time Trial will see a new winner for the first time since the 2004 Olympics in Athens. Kristin Armstrong, the winner of the 3 previous Olympic TTs has retired once more and therefore isn’t on the USA startlist for the Tokyo Olympics. Armstrong beat Olga Zabelinskaya and Anna van der Breggen on the podium at Rio in 2016. The margin of victory was close, with the whole podium within 11 seconds of each other. Zabelinskaya also won’t be racing in Tokyo.

The Olympic time trial course feels a little short at just 22.1km in length, the men’s race is exactly double in length as they will do 2 laps of the same course. It’s certainly not a flat time trial as the parcours is certainly rolling. A gentle descent takes the riders to the base of a climb that takes 5km to crest 220 metres of elevation before descending back down to the Fuji International Speedway circuit. There is a second shorter climb of 90 metres last 2km before some gentle rollers to the finish line. It’s the same loop we saw used at the end of the road race on Sunday.

The qualification quotas for the time trial dictate which 5 teams can race with 2 riders and which other 16 countries are able to take part. The top-15 from the 2019 UCI Nations Ranking earn a spot. Except each continent requires an entry, so France in 15th spot lose their entry and Japan gain it as the Asian representative. A further 10 entries are given to the highest placed 10 nations at the 2019 World Championships TT. This means 5 countries have 2 entries as they placed well during the Yorkshire Worlds. There is also a spot for a rider from the Olympic Refugee Team. Normally the World Championships and Nation Ranking from the year before the Olympics would be used but because of the postponement from 2020, the results from 2019 are being used.

The race will be covered by the BBC and Eurosport.

Anna van der Breggen goes into every race as a big favourite but so far in 2021, she’s taken part in 3 time trials and won all 3 of them. She claimed the Dutch national champs as well as the mountain TT and being a part of the SD Word winning team time trial in the Giro Donne. Annemiek van Vleuten has twice been World TT champion, in 2017 and 2018, but finished a surprisingly low 4th in the Dutch nationals this season. She didn’t do many TTs in 2020 but also didn’t do quite as well as we’ve come to expect. There’s a chance that she may struggle to make the podium against the specialists.

Chloe Dygert was dominant in the 2019 Worlds in Yorkshire and was ahead of Van der Breggen on the splits at the 2020 Worlds too. Then she took a corner wide and sustained an horrific leg injury. She has worked hard to get back into condition for these Olympics. She won the USA National TT a month ago quite convincingly, so it looks like she should be back to her best. Her teammate, Amber Neben is the oldest competitor in the race at 46 years old but continues to impress. She was 2nd in the USA Nats and finished 6th in the Imola Worlds last year. It feels like she’ll definitely be in the top-10 but just how high isn’t clear.

German Lisa Brennauer was dominant in her German Nats this year, winning over Lisa Klein by half a minute. In other races against the clock, she’s not been as good as riders like Ellen van Dijk (who isn’t racing here) and really struggled on the mountain TT at the Giro Donne. She’s a former world TT champion in the past, so can do really well. She was 4th at the Imola Worlds TT and that’d be a good result here. Grace Brown is a good shout for Australia, she was 2nd in the Australian nationals at the very start of the season and has been showing off her power throughout the season. She was 5th at the Imola Worlds TT last season that form seemed to spur her onto a great finish to 2020 and a breakout year in 2021. Top 5 here would be a great achievement.

Elisa Longo Borghini is another national champion, winning by over a minute in June. That was her 5 national time trial championship victory. She then helped power the Trek Segafredo team to victory in the team time trial at the Giro Donne. She didn’t do the Imola Worlds TT and was quite a way back in 17th in the Yorkshire Worlds. I can’t see her fighting for the victory but could maybe sneak a medal on a good day. Swiss rider Marlen Reusser is now a 4-time national TT champion after winning again in June. She finished 3rd in the team time trial at the Giro Donne before leaving the race the next day, so she should be fresh and focused on this race. She was impressively 2nd at the Imola Worlds TT and she’ll be in the fight for the medals here.

Mavi Garcia won both the Spanish road race and time trial Nats in June. However, hasn’t had too many opportunities to time trial this season. She’s not done a World’s TT but as a now 3-time Spanish TT champion, the former duathlete is the best option from that country. She could sneak into the top-10. Sarah Gigante has beaten Grace Brown twice in the Aussie national TT race in the last couple of years. The 20-year-old has raced since seriously injuries from a crash at Fleche Wallonne in April. She’s another to have not time trialled at a World Championships yet, so it’s not clear where she’ll stack up against the best in the world.

French rider Juliette Labous was 2nd in the French TT nationals this season after beating Audrey Cordon-Ragot last season. She was a slightly disappointing 17th at the Worlds TT in Imola. That’s why I’ve put her as an outsider here. She was an encouraging 6th place at the mountain TT in the Giro Donne, which whilst isn’t a like for like course, shows she has form in her TT position.