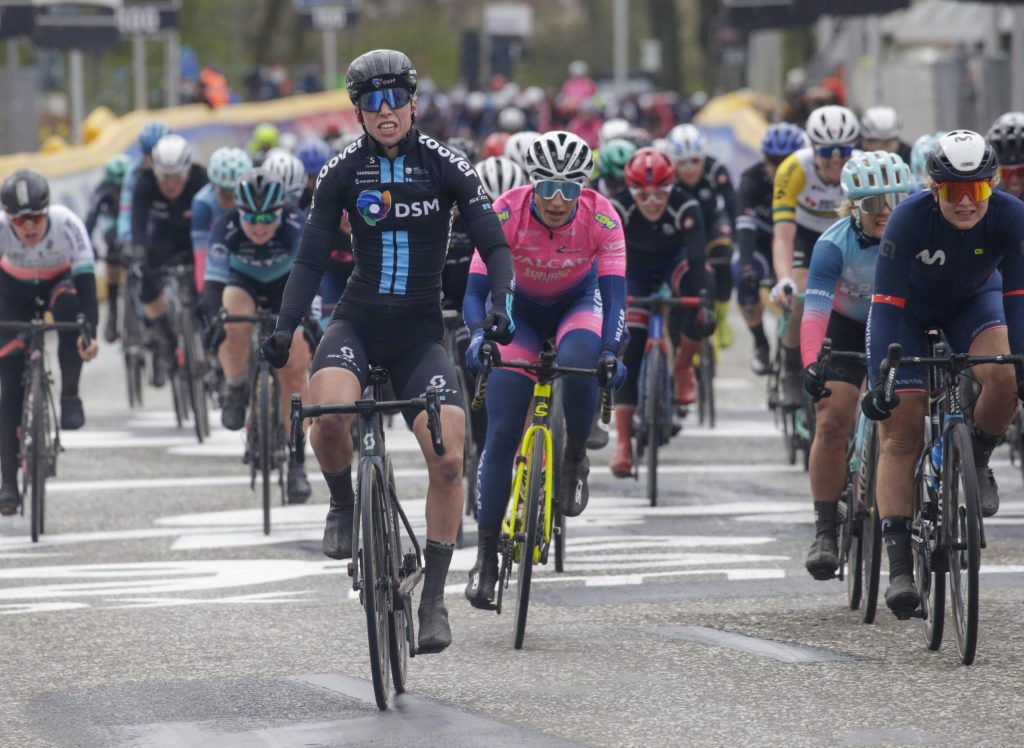 The women’s Scheldeprijs is a very new race, with only one edition taking place so far. So this history part will be quite short!

A large break of 16 riders were given some distance, including some big names like Brennauer, Alice Barnes and Lisa Klein. The presence of the big names meant the break was always going to be closed down. A spell of crashes interrupted the flow of the race.

Daniek Hengeveld was the solo breakaway rider left on the road and once she was caught, Letizia Borghesi counter-attacked. The sprinter teams were wise to this though and get the gap small. Sarah Roy and Lisa Brennauer launched early sprints but the pure sprinters overtook them – with Lorena Wiebes beating Emma Norsgaard and Elisa Balsamo. 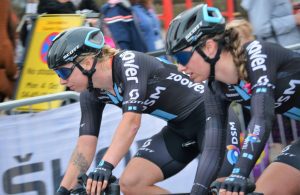 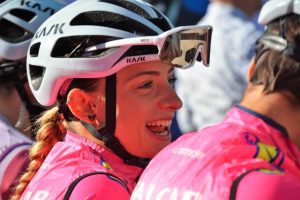 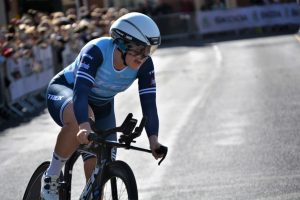 For a race that’s expected to finish in a sprint, you can’t look past Lorena Wiebes. The only winner of the women’s Scheldeprijs is back to defend her crown. We saw a rare feat at Brugge-De Panne where Wiebes lost a bunch sprint to Elisa Balsamo. Before then, Wiebes had won 3 races in a row. The only sour note was the crash that took Wiebes out of Gent Wevelgem. Contact was made with Movistar’s Lourdes Oyarbide and both riders hit the deck. By the time of Scheldeprijs, Wiebes will have raced the Tour of Flanders so should be back to full health.

We saw Chiara Consonni take her biggest win since the 2019 Simac Ladies Tour at Dwars door Vlaanderen. She’s the process of stepping out of former teammate Elisa Balsamo’s shadow this season with a string of strong results. We know the Valcar sprint train is strong and gives her a chance against Lorena Wiebes but we’ve not seen Consonni beat her to the line yet. In a slightly reduced sprinter line-up, Consonni feels a solid bet to be 2nd behind Wiebes.

This surely is the race we see Chloe Hosking bounce back after a couple of crashes in key races. 2nd at Bloeizone Fryslan is her best result of the 2022 season so far and there’s a chance she can match or better that. Although it feels she’s probably behind the likes of Wiebes and Consonni at the moment. The Trek Segafredo team is strong though and shouldn’t have any problems in putting Hosking into the best position.

It’s been good to see Rachel Barbieri back regularly on the road. We didn’t have a long time to wait until her first win, with Barbieri taking the top step in the final stage at Bloeizone Fryslan. She’s followed that up with 6th at Dwars door Vlaanderen in what was a really tight finish across all of the road. Against this field, Barbieri could make it onto the podiumm.

It’s tough to be sure which sprinter Team BikeExchange-Jayco will go with at Scheldeprijs. Both Arianna Fidanza and Ruby Roseman-Gannon have notched up solid results this season. Fidanza’s best result was 5th at GP Oetingen and then was just outside of the top-10 at Brugge-De Panne and Gent Wevelgem. She was also on course for a good result at Nokere Koerse until being squeezed between riders and crashing. Roseman-Gannon kicked off the European season with 2nd at Setmana Ciclista Valenciana. Ever since, she’s also been just outside of the top-10. Calf cramps in the final sprint at Dwars door Vlaanderen naturally didn’t help.

With no Marta Bastianelli, UAE Team ADQ should be behind Sofia Bertizzolo here. Against the pure sprinters on an easy parcours though probably won’t allow her to get a particularly strong result. We’ve seen her sprint to a win at Trofeo Oro in Euro and then finish 2nd at Trofeo Alfredo Binda.

Ceratizit WNT’s Sandra Alonso started the season well with 5th at Vuelta CV Feminas but has been surprisingly absent from some of the sprints since. Hopefully it’s all part of the plan and others were being given chances at Bloeizone Fryslan for example. With no Maria Giulia Confalonieri on the start list, Alonso should get a chance at Scheldeprijs.

Le Col-Wahoo have a few options at Scheldeprijs but it’s Maria Martins who has done best on flat parcours so far this season. After finishing 8th at GP Oetingen, Martins took the highest finish ever by a Portuguese rider in the Women’s WorldTour with 5th at Brugge-De Panne. With Van ‘t Geloof and Van der Duin working for her, that’s one of the strongest lead-outs in the race.

Plantur Pura will probably be backing Sanne Cant who has almost made it into the top-10 this year with 11th at Gent Wevelgem. We’d have probably seen a strong result at Brugge-De Panne as well but Cant was caught behind the late crashes and missed out. This is an ideal parcours for Cant and I’d be surprised if she didn’t break the top-10 at Scheldeprijs.

Parkhotel Valkenburg’s Femke Markus has done well sprints this year without quite making the breakthrough. Markus has been just outside of the top-10 at all of Le Samyn, Brugge-De Panne and Gent Wevelgem. It’s a contract year and it feels like this year is the time to make a jump forward into becoming a regular top-10 finisher.

Mylene de Zoete came into 2022 with a bit of hype and with NXTG becoming AG Insurance-NXTG, the team is getting more and more opportunities in the biggest races. De Zoete was 9th at Vuelta CV Feminas and 12th at Drentse Acht as well. Against this sprint field, De Zoete has a chance for her best result of the season so far.

There are always question marks about whether results earned in the Turkish races will transfer to the rest of the calendar but Elodie le Bail impressed at Bloeizone Fryslan. Le Bail had been 4th at GP Justiniano Hotels and then backed that up with 7th and 3rd on a pair of the stages in Friesland. The St Michel-Auber 93 rider has picked off a couple of impressive results since re-joining the professional peloton after Covid and giving up a career as a nuclear engineer.

The best result of 2022 so far for Josie Nelson has been 17th at Le Samyn des Dames. With few outright pure sprinters, Nelson has a chance of contesting this one and could sneak into the top-10 like she did at the Women’s Tour last season.

Lotto Soudal’s Katrijn de Clercq can’t be ignored after that 5th place finish on the final day of Bloeizone Fryslan. She’s had a tougher time since that result, with 94th at Brugge-De Panne and a DNF at Gent Wevelgem. It may be that the stars aligned perfectly on that day in Friesland but there’s a chance here for it to not be a one-off.