5 Types of Winter Rider and How to Spot them 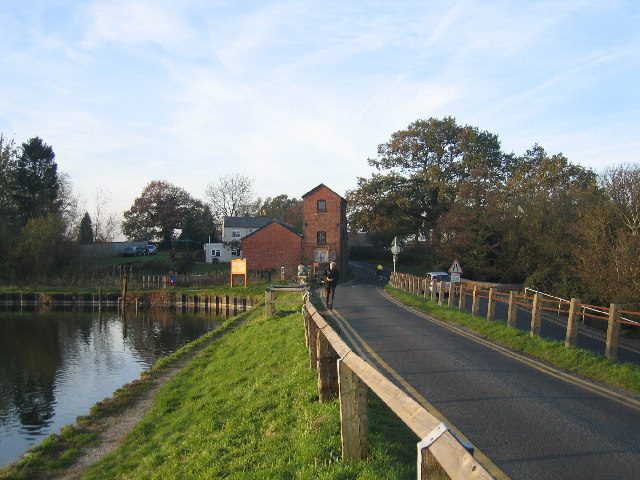 Everyone has heard of ‘winter miles, summer smiles’ and it’s true. With that in mind, lots of people tackle the Wintery conditions in their own way to stay on the bike.

Other than those of us who like to take on the Festive 500, most cyclists don’t exactly enjoy winter. The cold, the wet, the ice and just about everything else makes it some of the least fun riding of the year. Even the best kit isn’t absolutely perfect at keeping you dry and warm.

Despite all that, those who can look past it are happy to suffer for a bit with their long-term goals in mind. Plus it’s still more fun than not cycling at all. Everyone has their own way of dealing with it and falls into one of these rider types.

Riding the turbo used to be a horrible chore. The last few years, things have changed. Better turbo trainers combined with software like Zwift have made things interesting. I was an early adopter of Zwift and found it so much easier to actually ride compared to looking at the walls.

Some riders seem to spend their entire winter in the garage on the turbo. They avoid the chance of falling off on mud or ice and getting ill from the road muck. This rider will be hammering away at a winter training plan, hitting those target zones to the number. They’re easy to spot on Strava as you’ll be able to tell exactly what session they’ve done. Especially because they won’t hold back from including it in the title.

They’ll drop almost new bike money on their turbo trainers – ones like the Wahoo KICKR or Tacx Neo. Personally, I’m still on a humble fluid turbo that’s relatively cheap and cheerful. All that turbo work will mean they’ll be flying already once the weather gets better and they venture outside for the first time. Just watch out in case some of those bike handling skills have disappeared over the winter!

These are the people who tell you that there’s ‘no such thing as bad weather, only bad kit‘. To some degree they’re right but nothing is ever fully waterproof after a few hours of riding! The Castelli Gabba gets a lot of love and these people will recommend it to you countless times over the winter.

I’m a bit precious about having dry feet if I’m heading out for a wet ride. About the only overshoes I’ve ever found that keep my feet dry all day are the infamous Velotoze. They can be an absolute pig to put on, but it’s worth it for not feeling the water slosh up and down your shoes as you pedal! They also double up as an aero benefit for summer time-trials too.

The general rule of waterproof gear for Winter is to pick 2 of the following 3 options: cheap, waterproof and breathable. Obviously, if these riders are planning to ride a lot in the rain, paying a bit extra won’t matter.

This time of year sees the usual road riders find other ways to get their cycling fix. Plenty will take to cyclocross in an effort to keep their race legs all year round. Some even venture onto the velodrome for a track session and love it so much they keep going back.

After a season of pushing themselves and eating up the miles for their goals, this rider spends all off-season telling you how great their new riding is. From pictures of the new cyclocross bike to waxing lyrical about fixed gear riding on the track. Slogans like ‘cross is boss‘ will become stale and overused.

The upside for them is that they’ll crush it during reliability ride season, with their race prepared legs already there. The potential downside is the burn-out from never really taking any time off the bike to just chill.

These are the sort who post endless ‘Morning Ride’ and ‘Evening Ride’ titled rides on Strava – covered in my Strava Personalities post. Their riding at this time of year is just to and from the office and not much besides.

There might be some cross-over with the All the Gear rider here, as they’ll commute in the rain often and wouldn’t want to turn up to work damp and muddy. Their Winter miles will soon rack up from constantly riding 10 miles, each and every day.

Come Springtime, they’re the sort who turn up to the chain gang ride with a backpack because they’ve not had time to drop it off at home. They can often still be really good riders or they’ve accidentally specialised themselves to ride the distance of the commute and then drop off the back of the group.

This type of rider needs a reason to get out of that nice, warm, toasty bed in the morning. There’s no motivation to just get up, put all those Winter layers on and go for a ride. They do respond to having a 9am deadline to meet for a club ride, however.

For some, it’s about having a wheel to follow in the wind rather than going it alone and feel they’re going nowhere. They want to be dragged round in your slipstream, avoiding the worst of the conditions. They’ll end up having done loads of miles throughout the Winter, almost all of them starting at the same time on the same days.

I see a little of myself in all of these but in Winter I’m definitely most like the ‘never rides alone’ rider. I need that time and place to be ready for otherwise, I won’t end up going out! Which ones are you?