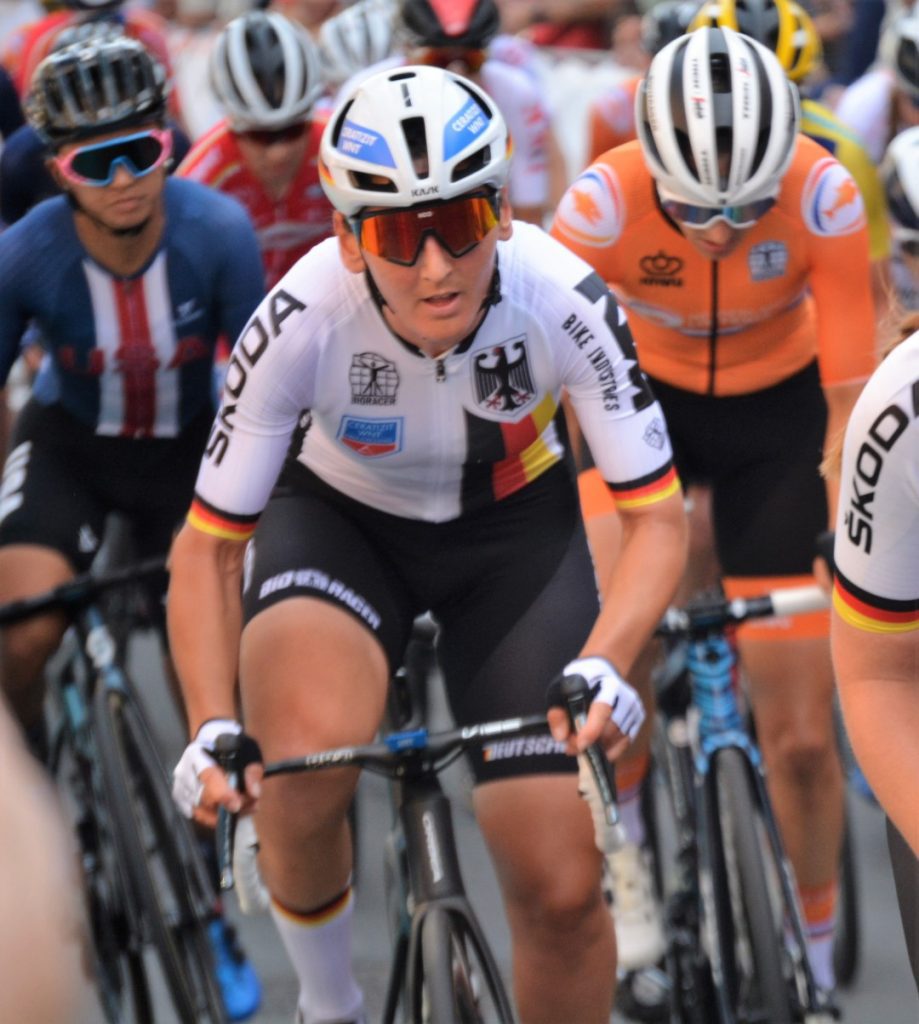 The 2021-2022 transfer season is well underway and most of the available big-names have been snapped up already. A few other well-known riders are retiring which leaves spaces for other riders to slot into. Despite that, there are a few teams who haven’t really announced any deals. Team BikeExchange-Jayco, as they will be known in 2022, finally sparked into life with signings recently. However, there are teams like the new UAE team who haven’t confirmed how many of the Ale BTC Ljubljana roster they will keep. Ceratizit WNT has also been very quiet in the transfer market so far. With that in mind, let’s look at some of the best riders still available for transfer.

Brennauer has been admittedly pretty busy since the end of the road season. She’s won a pair each of European and World Track Championships in Switzerland and France. Those prizes went with her Olympic gold in the team pursuit from the summer. It was a little bit of an odd season for Brennauer who didn’t win a road race outside of the national championship for Ceratizit. You’d think that the German team would want to keep hold of their high-profile German rider, so it would be a surprise if she did end up moving elsewhere.

Possible other teams: Canyon SRAM would appear the best fit but are probably full, Liv Racing Xstra and BikeExchange-Jayco have the space but don’t feel like matches.

With Ale BTC Ljubljana getting taken over by UAE Emirates and turned into their women’s team, none of the current team is confirmed as yet. The double Spanish national champion and winner of the Giro dell’Emilia, Garcia has had a good 2021 season. She’s now a genuine GC threat with 2nd place at Setmana Ciclista Valenciana and Tour de l’Ardeche. Plus there was 5th place at the Giro Donne. Her classics season was also more than useful, showing up particularly on the Ardennes races and Trofeo Alfredo Binda.

In the same boat as Mavi Garcia, Bastianelli is part of the Ale BTC Ljubljana shake-up. The first half of 2021 was pretty quiet for Marta Bastianelli but she came back into form. 3 wins in the second half of the season justified her leader status. The WWT win at the Women’s Tour was the highlight of the year but there weren’t quite as many highs as previous years. That could persuade UAE Emirates to move on to other riders.

Possible other teams: UAE Emirates will probably keep Bastianelli as a high-profile rider and there aren’t too many other major options. Liv Racing Xstra has an Italian nucleus where she’d fit and the team could use a figurehead.

It’s been a little bit of a strange year for Maria Novolodskaya. She came into the 2021 season with a lot of hype after some of her races last year. She came so near to winning a breakout Giro Donne stage. She left the relative safety of the Cogeas Mettler team for A.R. Monex and didn’t really get a major result. The Olympics were a focus and Novolodskaya did get a bronze medal in the madison race. Her old Cogeas Mettler team have rebranded to Roland Cogeas Edelweiss and aim to be in the Women’s WorldTour in 2022. It doesn’t look like there’ll be a homecoming through.

Possible other teams: I can see how Team BikeExchange-Jayco might work or even Ceratizit WNT. However, it’s likely she gets another season at A.R. Monex who have lost Merino and Sierra this off-season.

She had to play second fiddle a fair amount of the time in 2021 but still got good results. The Spanish one-day races were her time to shine and Santesteban picked up 3 top-10s in a week. She was second only to Mavi Garcia in the national championship and then had her best result at the Tour de l’Ardeche. There she was 3rd Overall, just 9 seconds off the lead. With Amanda Spratt injured for the first part of the 2022 season, BikeExchange really needs a rider like her.

Possible other teams: If it turns out not to be BikeExchange-Jayco, then maybe the UAE Emirates project. She was part of the Ale Cipollini for four seasons previously and may still have connections there.

It’s been a tough season for Banks who has spent most of the year recovering from a concussion. So there’s a couple of results early doors from Omloop het Nieuwsblad and Strade Bianche but that’s it. She’s been doing lots of work on the Cycling Podcast and has been seen out and about at races in that role. It’s been a fair change from 2020 where it felt like she’d pushed up a level, winning a Giro Donne stage and being in the mix at GP Plouay too.

Possible other teams: Officially it’s unconfirmed, but it looks like Banks will be riding for EF Education-TIBCO-SVB in 2022.