What do you do when your life’s pursuit is put on hold? When there is fear of an uncertain future? We’re all having to answer these questions due to the rapid spread of the coronavirus around the globe. The road cycling season and Olympics have been postponed. Entire communities, industries, and countries have been brought to a standstill.

Phrases like social distancing and self-quarantine are now commonplace. As the team’s athletes and staff adjust to this new world – how are they coping with the unprecedented situation?

Making the call
Before any races were canceled or travel restrictions set in place, the women’s team was in Italy preparing for Strade Bianchi on March 7. They were fresh off Chloe Hosking’s top 10 finish at Omloop Het Nieuwsblad and were looking forward to one of the most exciting WorldTour races of the season.

But as the virus spread across Europe, and Italy in particular, it became clear that the team needed to postpone its racing calendar until it was safe to compete.

“It didn’t take long for us to realize the gravity of the situation,” said performance director Jonas Carney. “The most important thing for us was the health and safety of our athletes and staff. We had countries, race organizers, and governing bodies all making different decisions and we had to act to protect our people.”

For Hosking, who was hoping to score vital points to qualify for the Australian Olympic team, it was the right decision during a difficult time.

“It was a really anxious and uncertain time but we can all say now that it was the correct decision,” said Hosking of the team’s choice to send everyone home. “I appreciated the team making an early decision so I was able to head back to my family in Australia where I have the best support.”

Moving things indoors
Riders have responded in different ways to the crisis with some embracing their time indoors while others are taking advantage of the fresh air while they can.

With most of the team returned home from Europe, Ty Manger chose to stay in Girona, Spain with his girlfriend. Soon after, all of Spain went on lockdown which prompted them both to book travel back to the States.

While waiting to return home, Magner, who grew up playing the guitar, wrote a song about his time indoors and the spreading pandemic. 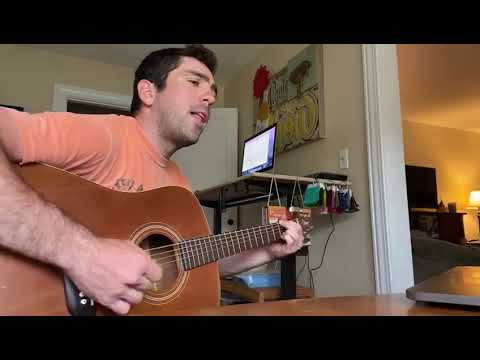 “These are unpredictable times and music has a way of settling you,” said Magner. “I still enjoy getting out on my bike but for now I’m just trying to enjoy the side of my life that I typically only get to experience during the offseason and that’s time with friends and family.”

While Ty writes music, Robin Carpenter, back home in San Diego, CA, works on his bread-making hobby. Sara Poidevin created the Healthy Habits Challenge and Kyle Murphy made maple syrup in his backyard.

It can be difficult to maintain motivation to train when you don’t know when the racing season will resume. Some riders are treating this time at home as an “unofficial offseason”. Carney, along with the team’s other sport directors, Andy Bajadali, Pat McCarty, Eric Wohlberg, Zach Bell, and Joanne Kiesanowski, maintain weekly calls with all of the riders.

“All we can do right now is encourage the riders to stay healthy and act responsibly,” said Carney. “It will be tricky for them to train with a moving target but we’re confident that when racing starts, they’ll be ready.”

World Champions shift focus
While half of the women’s team was helping Hosking to a top 10 finish at Omloop Het Nieuwsblad, Emma White and Lily Williams were leading Team USA to a gold medal in the team pursuit at the UCI Track World Championships in Berlin, Germany.

Immediately after becoming world champions, they returned to the Olympic Training Center in Colorado Springs, CO to continue preparation for this summer’s Olympic Games.

Their plans were dashed on March 24 when the International Olympic Committee (IOC) announced that the Tokyo 2020 Olympic Games would be moved to July 23 – August 8, 2021.

“When we won, I don’t think anyone had any clue how much this would advance in such a short time,” said White. “I never thought they’d postpone the Games. Even as time went on, I thought the worst-case scenario would be a Games without spectators. Knowing what we know now, the IOC had no choice but to put them off for the safety of all.”

There was a silver lining in the postponement of the road season and the Olympic games for Hosking, who took it as a sign to return to school.

“I’d made the decision to defer my Law degree until after the Olympics so I hadn’t been studying in the early part of the year,” said Hosking. “I think it’s always important to try and make the most out of a bad situation so I enrolled in a government contracts course which will help me get closer to completing my post-graduate law studies at Australian National University. I’m actually really enjoying studying again.”

Hosking is taking advantage of the added time at home, similar to many of her teammates, by spending more time with loved ones. In her case, she went on a bikepacking trip with her husband, Jack.

A new way forward
Over the last 14 seasons, the team has had a clear mission – encourage people to lead healthier lives. That has never rung more true than today. At a time in history where social distancing is prevalent and working remotely is the new norm, bike racing has taken a back seat to the overall health and wellbeing of all. The team’s Healthy Habits campaign was born out of a need for people to come together during a period where it’s easy to feel isolated. 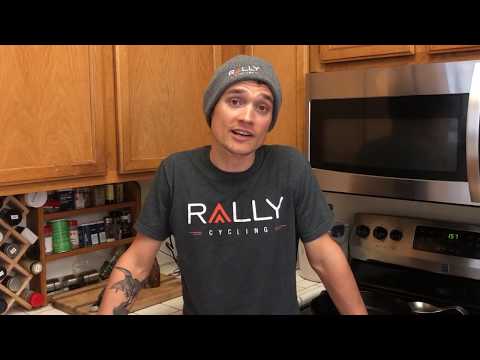 Carney, who has been with the team every step of the way, has not only seen a change in people’s habits but in their mindsets.

“This crisis has helped me reflect and has given me some perspective,” said Carney. “I’ve been spending more time with my wife and my dog, I’ve been catching up with friends, and I’ve had time to ride my bike. For years, I’ve been burning the candle at both ends and this experience has inspired me to slow my life down and focus on what’s important. From speaking to others on the team, I’m not alone.”