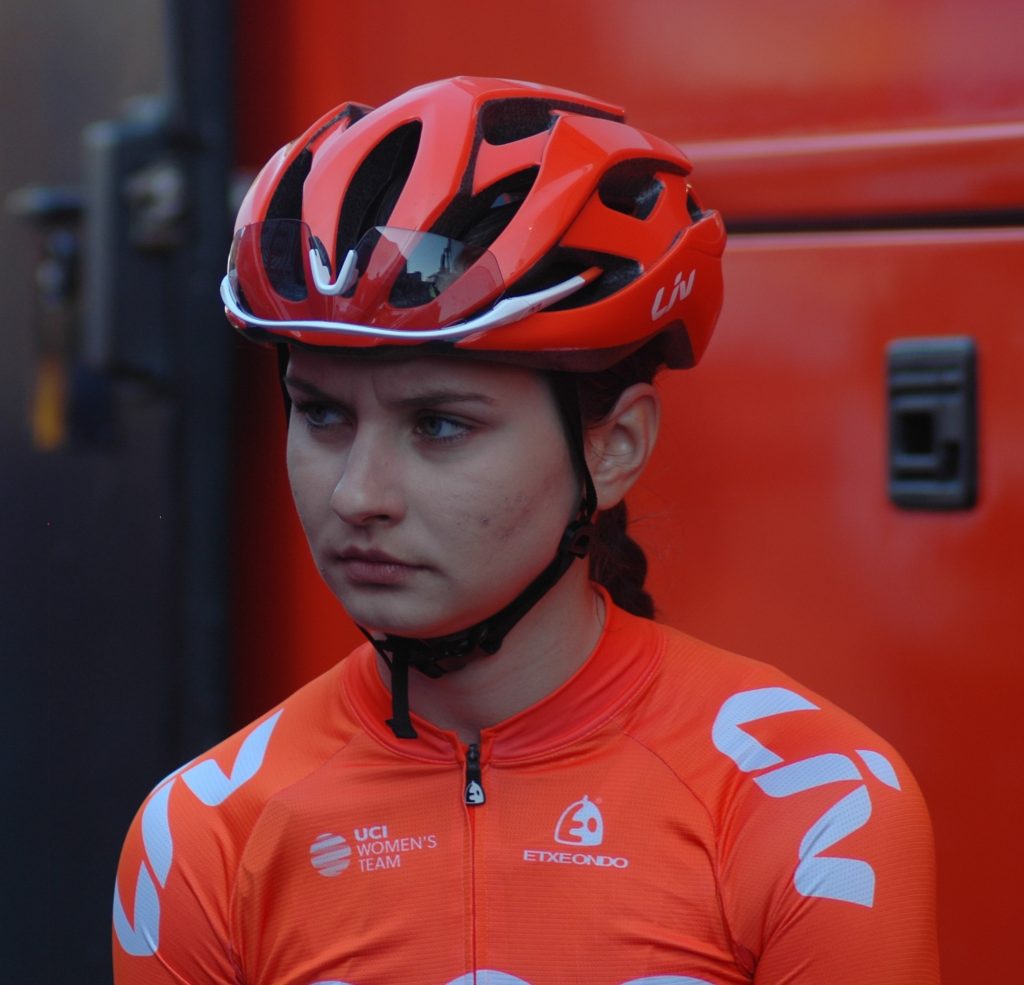 The Polish rider Agnieszka Skalniak-Sojka has agreed to join Canyon SRAM for 2 years starting from the 2023 season. The 25-year-old has been very impressive in non-Women’s WorldTour races in 2022, with wins at the Giro Toscana, Princess Anna Vasa Tour, Lotto Belgium Tour and Gracia Orlova. Racing for the ATOM Deweloper Posciellux.pl Wroclaw team, a Polish team that’s usually lower down in the UCI rankings, Skalniak-Sojka has made the absolute most of her opportunities this season.

Agnieszka Skalniak-Sojka was originally at the highest level of women’s cycling in a pro career that started at Astana, before taking in the Experza-Footlogix team and then the CCC-Liv outfit. When the latter joined the WWT in 2020, they took on a Polish licence only for the polish CCC shoe shop chain to pull out and the team close. That saw Skalniak-Sojka return to Poland and spend 2 years on the initially non-Continental level ATOM Deweloper Posciellux.pl Wroclaw team. Great things had been expected from the Pole since twice medalling the World Championships at the junior level in Ponferrada in 2014 and Richmond in 2015. Both the winners of those races, Amalie Dideriksen and Chloe Dygert have gone on to become World Champions at the Elite level.

In a season where Canyon SRAM has only taken 1 victory (Pauliena Rooijakkers at Durango-Durango), Skalniak-Sojka will certainly help give the team a bigger chance of winning going forward, certainly at the non-WWT level.

“My dream has come true, signing for CANYON//SRAM Racing. I am super proud to be part of this team, where I will be able to develop further and become a better rider.

After my first medal in the junior category, I knew that cycling was a career I wanted to pursue. First, it is a job that I love, and I can realise. My parents made sure that I could try different sports and I chose the one in which I would realise myself. Thanks to cycling, I met my husband, and we can’t live without this sport.

After returning to Poland to live for the last two years, a lot has changed in my career. I regained confidence in myself that I could win. I changed my coach and my season preparations. I prepared for the road season with cross-country races which has improved my skills in the peloton and in technical moments.

I know what I have achieved so far is not the end of my possibilities. Next year will certainly be a very interesting year. I want to find my fit in the whole team. My main goal will be to help our leaders in the most critical moments as much as possible, and if I get my chance, I will certainly want to use it 100%.”