Body positivity is an issue many of us tangle with, and maintaining a good body image can be a tough mental challenge.

But what exactly is body positivity? In its simplest form, body positivity is the idea that all bodies are to be celebrated, regardless of athletic ability, size, gender, race, or appearance.

For professional cyclists, there are added pressures around body image – particularly around weight. For too long, being as light as possible was prized more highly than performing as well as possible by many in the sport of cycling. That has historically led to athletes, male and female, struggling with eating disorders.

Thankfully, that is beginning to change, as more and more cyclists understand that a healthy body is a strong one, not a starved one. Rally Cycling’s Olivia Ray summarises one of the biggest challenges that we all face when grappling with body image. 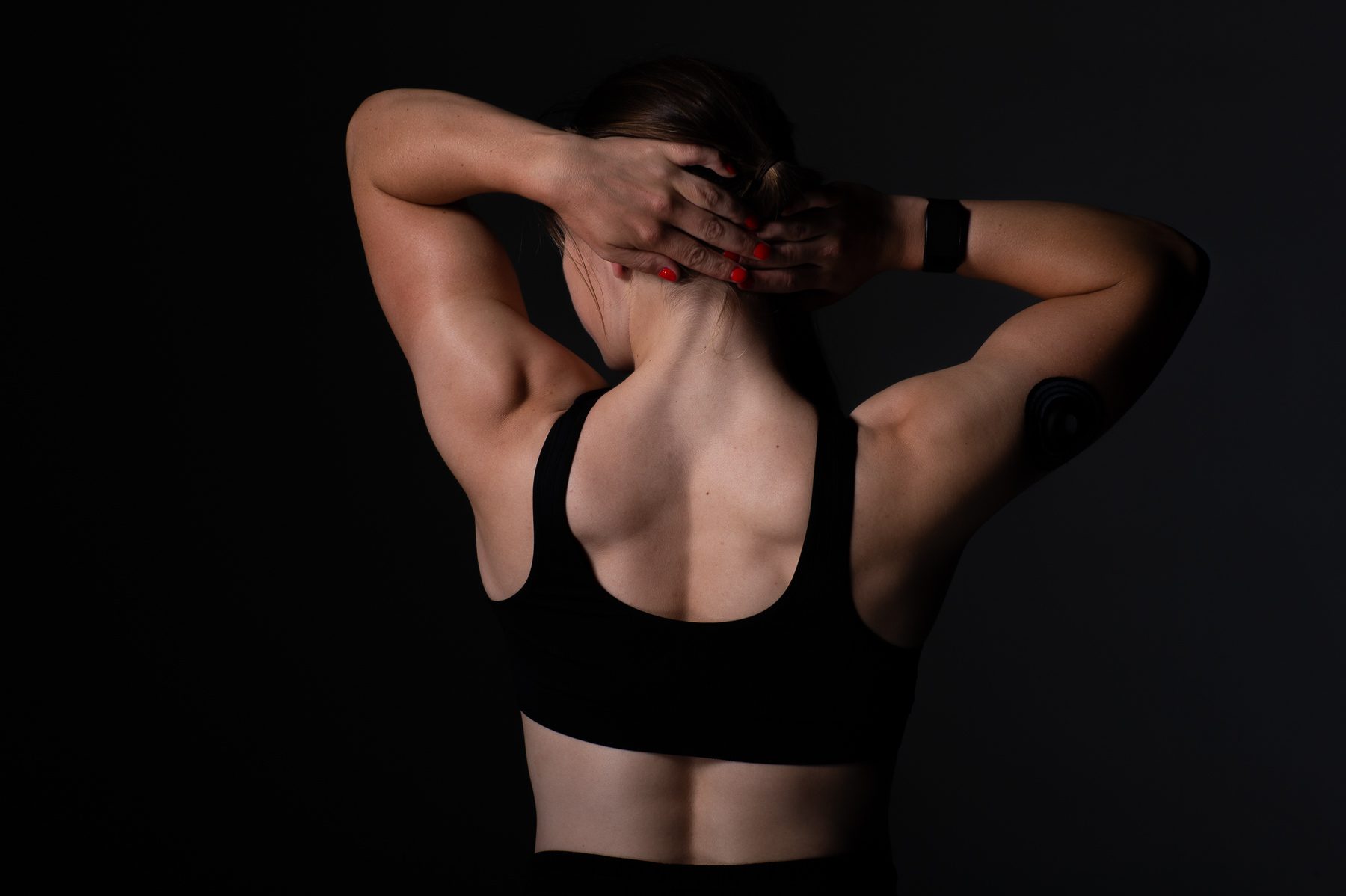 “I think we get stuck on an ideal image, the holy grail of a particular body type.”

This ‘holy grail’ is, more often than not, derived from whichever dominant body image is promoted by the media we consume.

“Finding what makes us happy and what allows us to feel most empowered by what we look like is, I think, the biggest thing.”

Ray practiced ballet when she was growing up before pursuing cycling. She found her body did not align with the ‘standard’ image of a dancer, “ballerinas are all small and dainty”.

She says, however, that internalizing these feelings that we do not possess a body of the right ‘type’ is wholly counter-productive. 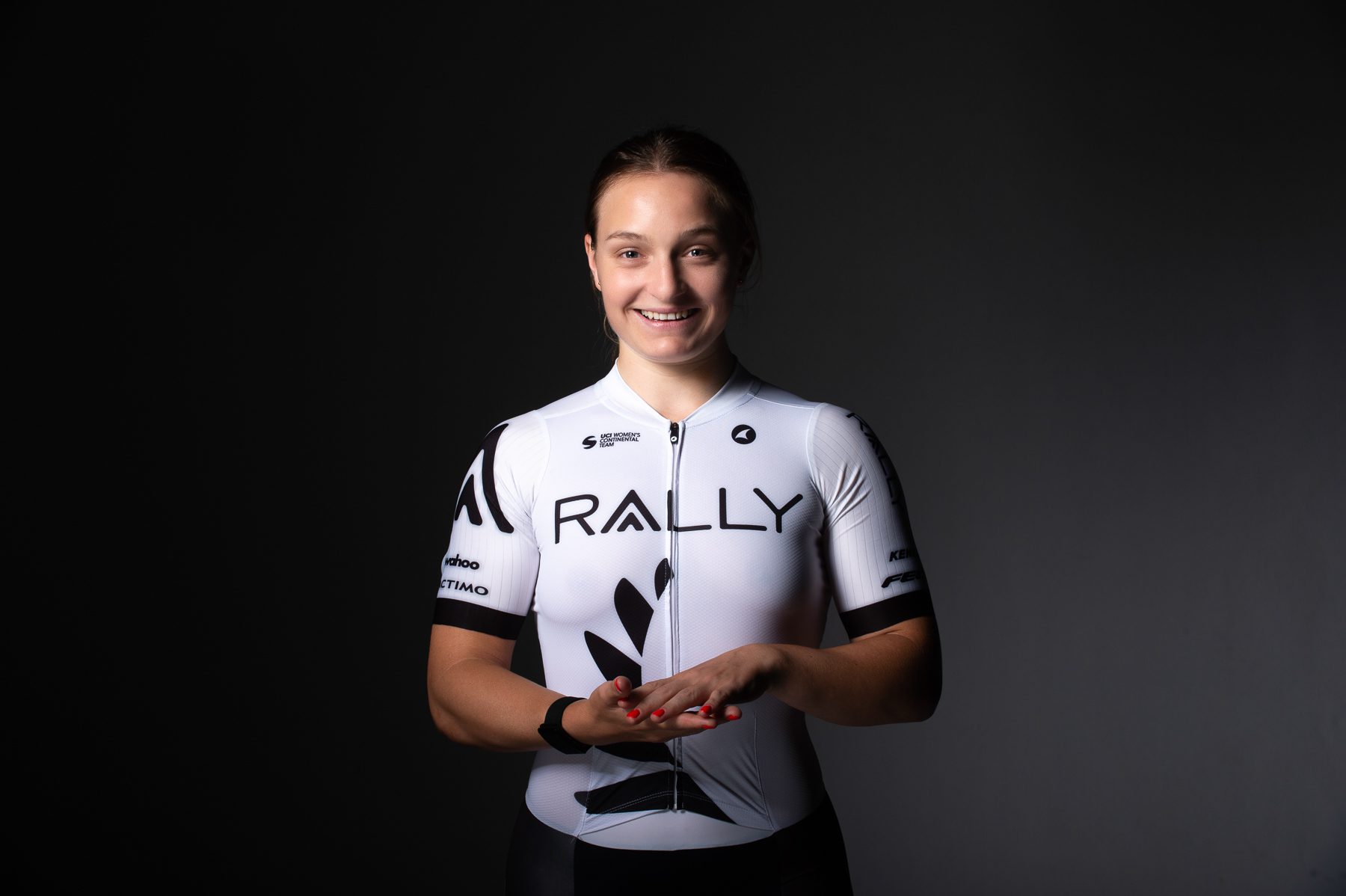 “You can’t wake up every morning saying, ‘I hate what I look like’, because that doesn’t do anyone any good.”

“I’ve always had in my head that it doesn’t really matter what I would look like as long as I was winning or going fast.”

The big legs she says she inherited from her mother, “thanks, Mum!” were one of the things that prevented Ray from fitting the ideal ballet dancer mould. However, when she started racing bikes, she discovered something else. 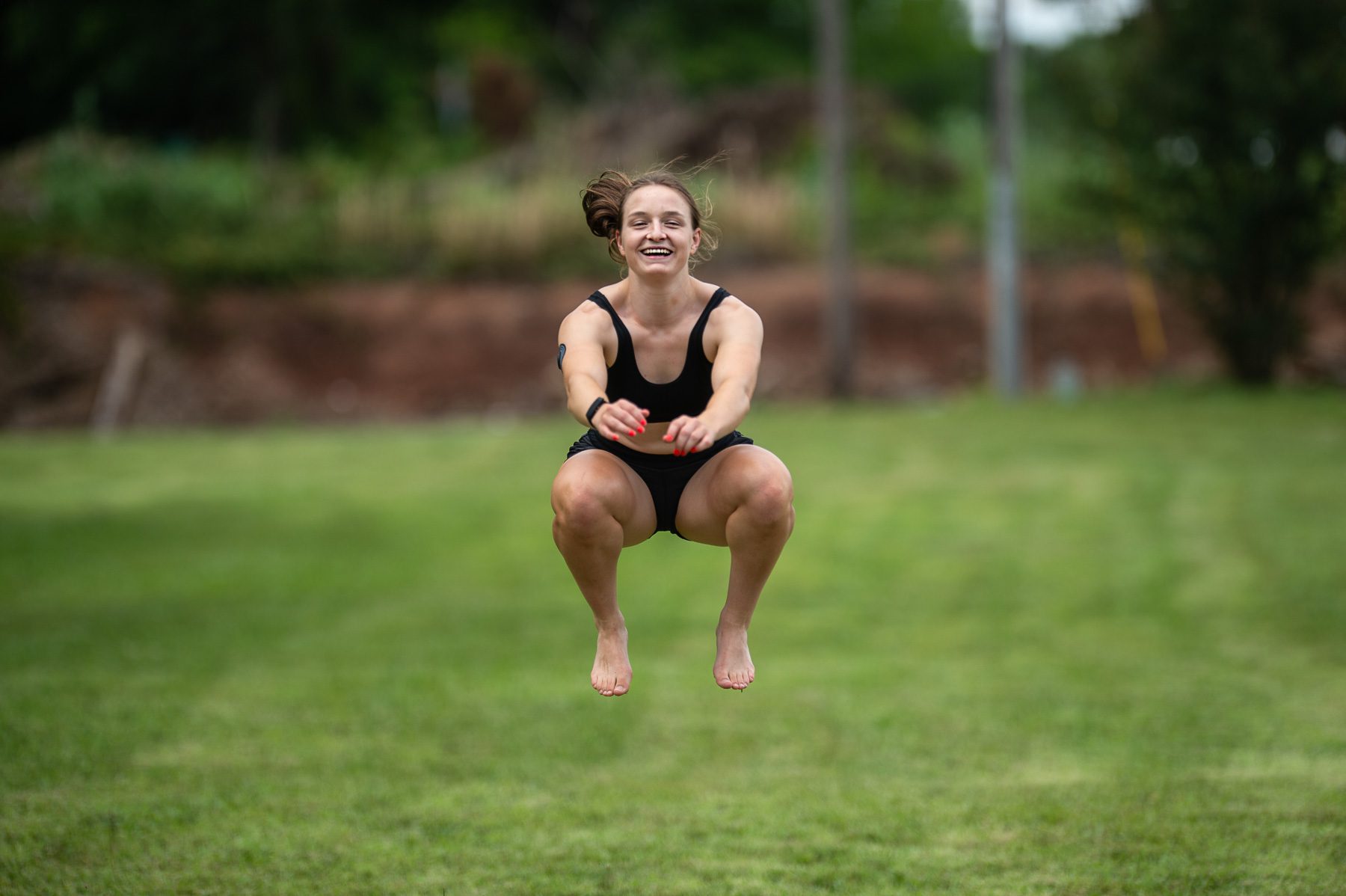 “Translating cycling into dancing, you actually get a lot more power and a lot more jump in what you do – so I was actually kind of glad that cycling made me stronger.”

Along her personal journey so far – Ray is just 22 years old, remember – she cites her coach as a person that has positively impacted the way she thinks about her body.

“I told him ‘I feel like I’m too big, is there a certain thing that you’d recommend?’ He said there were a few things, there’s no one answer. What works for a male athlete might not work for a 22-year-old woman.”

Fundamentally, though, asking about changing one’s size is the wrong question. Ray continued.

When Ray was in Europe with Rally Cycling’s women earlier this year, she says she observed plenty of riders on other teams that were not fuelling correctly and facing an uphill battle to perform. 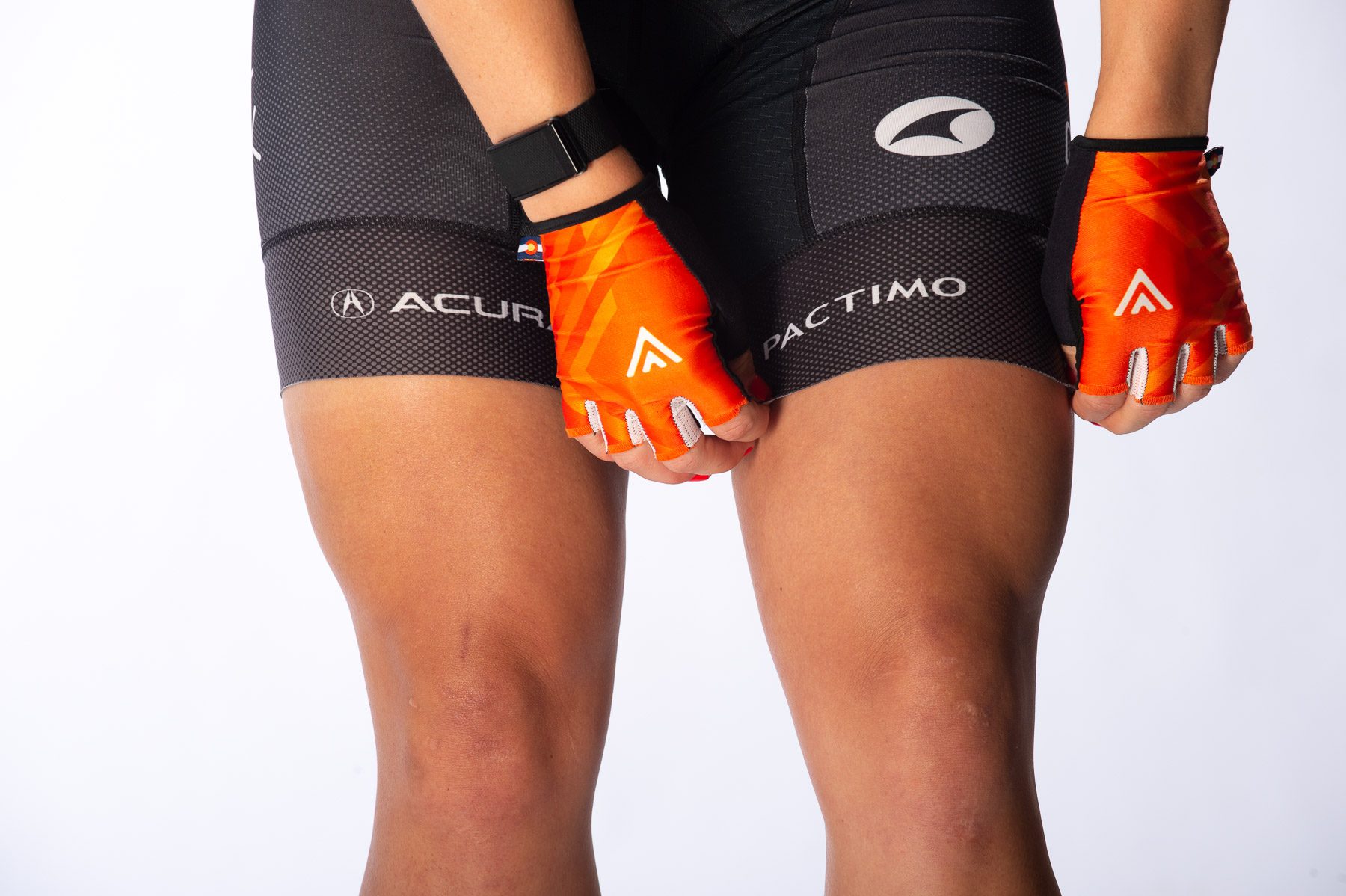 “There was a huge struggle with fuelling while racing and I was thinking to myself, ‘this should be the first thing you learn when you get into it’. Whether people want to accept it or not, I think the case is that the more we eat the heavier we’ll be is a big deal.”

On the subject of professional cycling’s unique problems with body image and eating disorders, Ray sees one clear area where more can be done to support the riders.

“I think for cycling it would be good if there was more enforcement on fuelling. That’s the biggest thing, while you are riding, pre- and post-ride are the most important times for a cyclist – and if you’re not giving yourself enough energy to do it or enough fuel post-ride you will feel bad, you will feel like crap, and you won’t want to keep riding.”

Of course, it takes time to acquire this knowledge. Riders don’t simply ‘know’ how to eat right from day one. 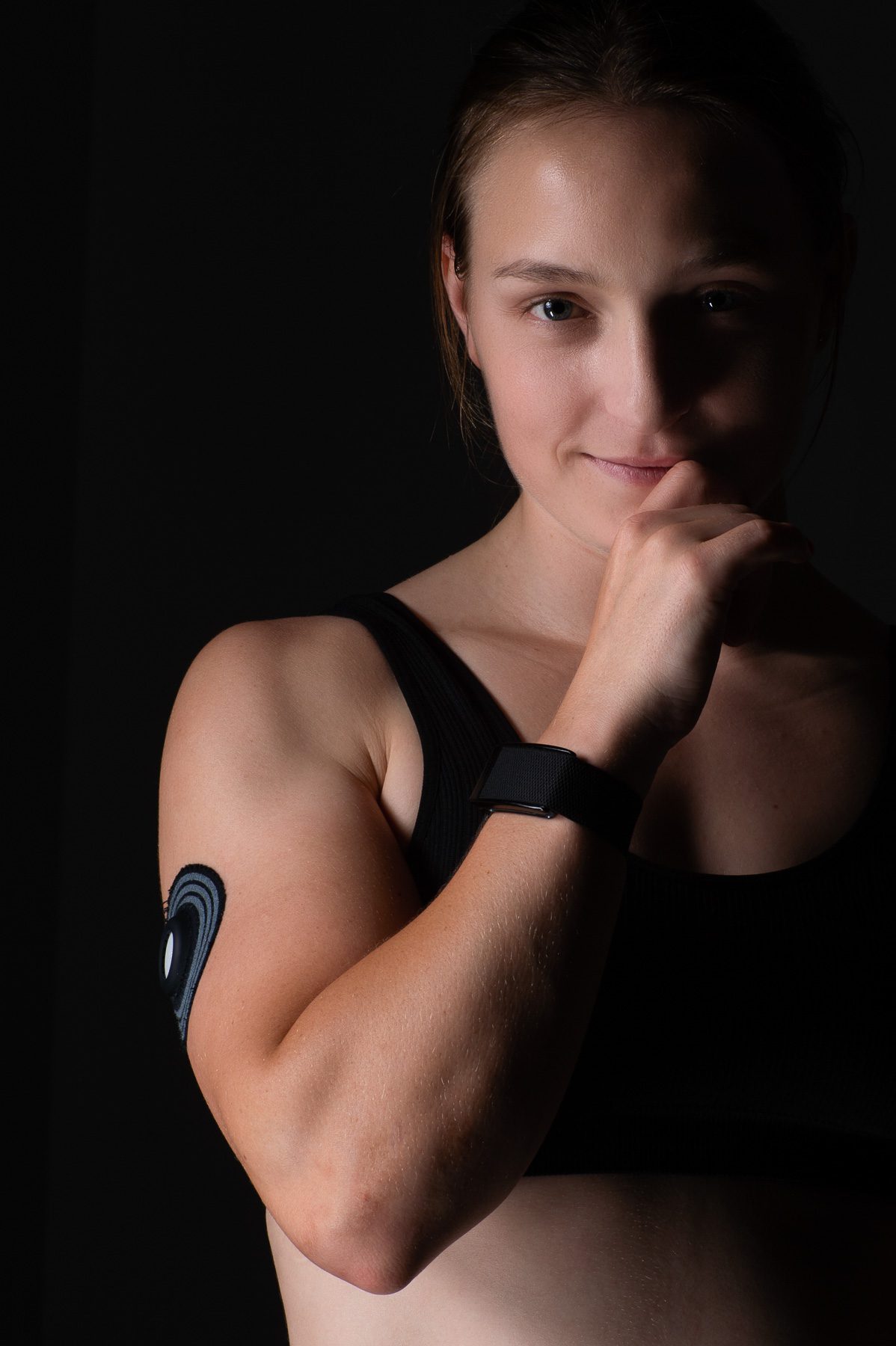 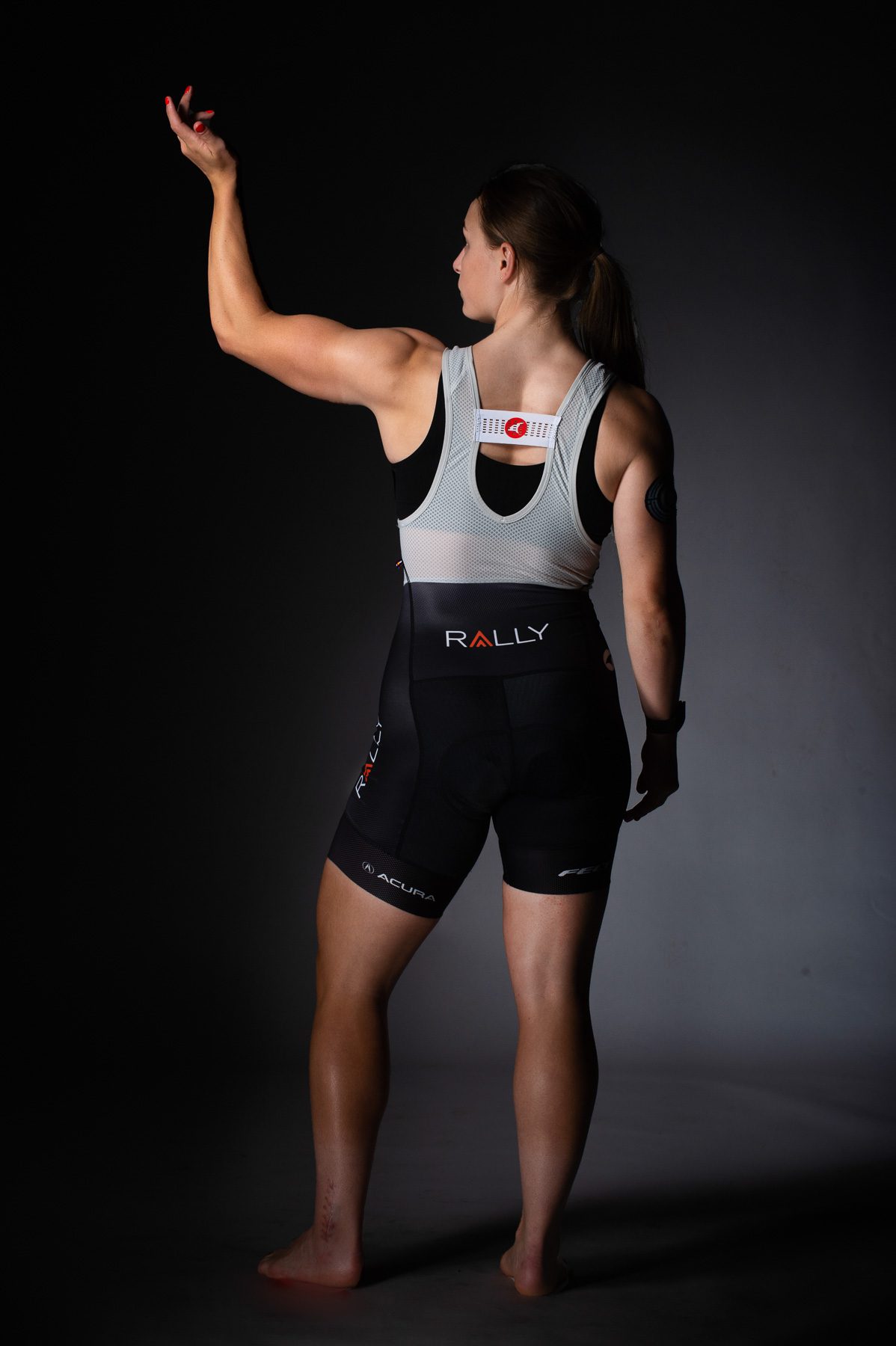 “It’s a huge learning curve and it doesn’t happen overnight,” Ray says. “Just like with bodies we say, ‘I’m not going to eat this cookie and I’ll be skinny’. It doesn’t work like that. We should take a more positive outlook, we don’t really accept failure. If you mess up that’s fine, just learn from it.”

When asked what she sees in the mirror (on a good day), Ray says.

“I see growth from years ago from where I was to where I am. I see things I would like to work on, but I think subconsciously – and I like to keep these sorts of things to myself, like I wouldn’t say this on the team bus, or in an Instagram caption – but I see the strength, then I get a little cheeky and think ‘Damn, I can’t wait to prove it!’”