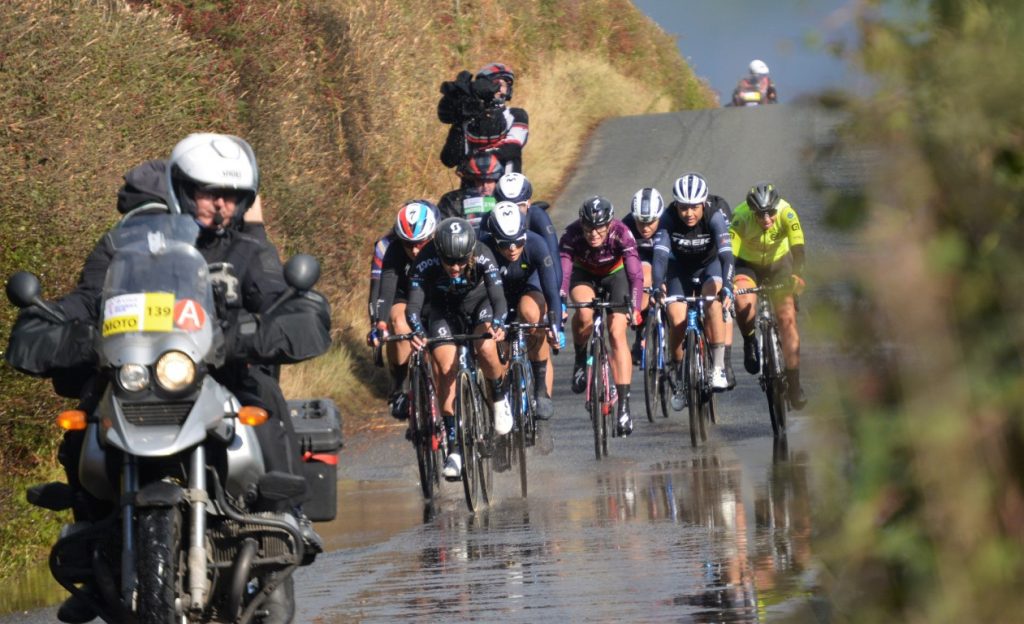 Great Britain has a long history with women’s cycling. From the previous hour record holder (Ellen van Dijk recently took it from Joss Lowden) to the first British hour record holder, Millie Robinson in 1958. And when it comes to the World Championships, Lizzie Deignan’s win in 2015 is bookended by the 1960 win by all-time legend, Beryl Burton. So it’s no surprise to see plenty of women’s races held on these shores.

The races are scheduled near each other this year, with the RideLondon Classique just having finished and the Women’s Tour due to start in a week’s time. Both races will initially cover similar ground over in East Anglia, before the Women’s Tour drifts westwards across the country into Wales, before retracing its steps east to Oxfordshire.

So what are the issues with these races and why have they attracted so much ire this year?

When the 2022 UCI calendar came out, it was quickly spotted that RideLondon Classique was growing this year. Previously only a one-day race, it was now scheduled for 3 days. The original contract after the 2012 Olympics for Surrey County Council to host the race had come to an end, so another council from the outer edge of London was found in Essex and the race looked set. As the race came closer and closer, there were no TV slots for it in the usual places and the organisers confirmed that they were unable to show all 3 stages of their race with live coverage. Instead, just the final stage, a criterium around central London would be shown live.

There are a couple of reasons why this is a big deal. Firstly, it’s in the rules for all Women’s WorldTour races to have a minimum of 45 minutes of live coverage of TV quality. We’ve seen one race already demoted, the Giro Rosa, after not showing the required coverage. It should be said that the lack of TV there was the final straw after a historical string of issues with that race, even if most cycling media distilled it into a simple ‘no live TV, no WorldTour’ story.

Secondly, it means a major race is effectively shooting itself in the foot going forward. With no live coverage, the race gets minimal exposure. Whilst highlights viewer figures can be strong, the pull of live sport is what captures attention and hype around a race. People much prefer to experience the thrill of a sprint finish than having to avoid the results to keep the repeated version of it entertaining. The knock-on effects then include reduced sponsor involvement going forward and potentially the slow death of the race.

Riders and director sportifs took to Twitter to voice their disappointment, saying it showed disrespect to the teams and riders. The race wasn’t helped either by the contrast to the 2.Pro Thüringen Ladies Tour, 6-days long and taking place at the same time. That race had coverage from the start of each stage via Youtube and then the final 60km or so was live on Eurosport and GCN on each stage. For a smaller race, with a huge amount of history in women’s cycling, it was a note that in the big grab for Women’s WorldTour status, sometimes races can do more with less.

It all made the decision to increase the race days look rather odd. In fairness, the decision to host 3 stages instead of 1 was taken a long time ago. Races have to apply for future spots on the calendar much earlier than you’d think. It means that in around April/May 2021, RideLondon Classique had to apply to the UCI with the details of their race. At that point, as a race organiser, you’d probably back yourself to be able to find enough sponsorship in the following year to get enough together to cover the race live. Unfortunately, it didn’t pan out that way, with an exclusive deal with the BBC only covering live TV for Stage 3 this year. A reflection of the lack of money available compared to previous years is that the prize money went down from a total of £100k in 2019 to £60k in 2022. Itself a bit of a knock to the prestige of the race.

We passionately believe in showcasing and promoting the thrilling racing provided by the world’s best female riders which is why we have made the new-look Classique the flagship professional event of the 2022 RideLondon weekend.

However, with RideLondon returning for the first time since the pandemic and with the Classique expanded into a new three-day format, it has not been financially viable for us to commission live coverage of all three days and this has been communicated to the UCI.

Now with that in mind, you would hope that the online updates would be top-notch. We may not have been able to see the race but at least fans would still be able to know what was happening. I think, other than the lack of TV, this is the area where the RideLondon Classique has really dropped the ball this year.

A live blog was provided but it was slow to update and didn’t provide all that much useful information. 15-30 minutes could pass with no update on the race, with not even a simple kilometre check so people following the race could far in it was. We saw at Itzulia Women, an amazing race tracker, provided by Helmuga.Cloud that would’ve been perfect here. Unable to see the race but with everything at the fingertips to check how it’s progressing. Twitter was borderline absent, it just mentioned some of the things on the live blog after they’d been published there. We were back to the dark ages of following women’s cycling with the only updates provided by the teams themselves.

Probably linked to the slow information flow is the length of time it took for results to come out. Now, this is something that the Women’s Tour traditionally does very well through a partnership with Brother. 2 hours plus is a long time to wait for results a relatively simple sprint stage where the bunch has come in almost all together. Again another factor could be due to poor wifi, with journalists losing their wifi and stream of the race in the media zone on Stage 3. The race never really took to the sticks on any of the stages but losing wifi in central London really shouldn’t be happening.

It isn’t quite all doom and gloom though. During the race, RideLondon Classique was able to confirm that from 2023, the race will be shown live on all 3 stages through the BBC. As a Brit who wants to see top-level racing in his own country that’s great news for the future of the race. There are still a few areas that I’ve mentioned where things could be improved but the live coverage is the key frustration for followers of women’s cycling when it’s not delivered.

For those who get press releases for the Women’s Tour, there’s been an alarm bell ringing for some time. At the end of each release was a line looking for sponsorship enquiries in order to fund live TV coverage. I was certainly worried as it felt like a hail mary. As a British fan of women’s cycling we’ve lost the Tour of Scotland (which had its whole other set of issues) and the Tour de Yorkshire in recent years, so I really didn’t want to see the Women’s Tour end up extinct as well.

The issue comes from last year’s race. Unlike RideLondon Classique, the Women’s Tour was able to host a 2021 race, albeit delayed from its usual June spot due to the pandemic restrictions at the time. Live TV had been promised earlier in the year but the demands of Covid times meant the Women’s Tour was unable to fulfil that promise. It looked especially bad when the men’s Tour of Britain, run by the same organisers, was able to find a way to secure start to finish live TV coverage on ITV4 that year. There are all sorts of commercial decisions at play by the broadcasters there rather than the race organisers but the contrast was stark. Nothing for women, everything for men.

That opened Pandora’s box. Calls for the race to be demoted were strong based on the experience of the Giro Rosa. After all, hadn’t that race been demoted from the Women’s WorldTour because of the lack of its live TV in 2020? Technically a lot more to it in my eyes but that’s certainly what people thought. My worry was that if we got no live TV for a second year, it would become too great an issue for the race to remain in the Women’s WorldTour. For any race already struggling to find sponsors, a demotion in status is normally a death knell.

However, unlike the Giro Rosa, some of these takes ignored all the good that the Women’s Tour has done for women’s cycling over the years. At one point in the not too distant past, it was a race that was thought of as almost an exemplar in the women’s calendar. Safe racing, equal prize money to the men’s Tour of Britain and even its daily highlights show was at one time more than many races were offering. Women’s cycling has made a huge amount of progress though in the last 2-3 seasons and the Women’s Tour looked to be in strong danger of being left behind.

So into 2022 and there was no confirmation or promises made this time. That bred rumour, of which I’ll admit I was playing some part, as any new piece of information was treated like gold. Abby Mickey was quick on the draw to denounce the race in an article on CyclingTips at the end of April 2022. Saying that no TV at the Women’s Tour this year would be ‘something that should be grounds to kick them off the WorldTour calendar altogether’.

When I started writing this ahead of the RideLondon Classique, the TV issue hadn’t been resolved. There was mention of 4G tests at the remotest part of the 2022 Women’s Tour, Black Mountain in Wales. Yet there was no confirmation either way and it was starting to not look good. Thankfully, a placeholder appeared on GCN and then the race is confirmed in the schedules. It will be available on digital-only platforms for Eurosport and GCN subscribers. At the moment, the timings are showing as full stage coverage, something that would complete a huge turnaround in fortunes for the Women’s Tour.