Castle Douglas gets set to welcome the Tour Series 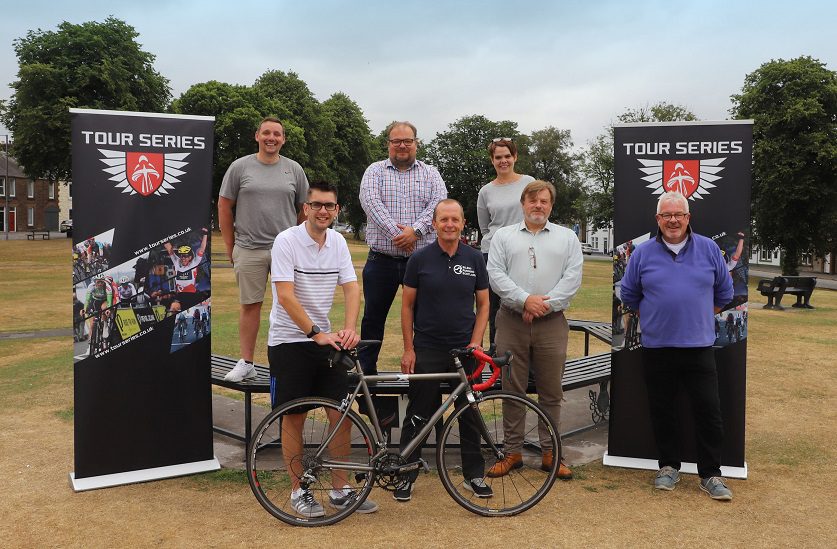 Castle Douglas is getting set to hold its biggest cycling event since the Tour of Britain in 2016 as the final round of the Tour Series, Britain’s leading town and city centre televised race series, heads to Dumfries & Galloway.

Thursday 12 August will see elite men’s and women’s racing on 1.4-kilometre (0.9-mile) circuit based around the Market Hill in Castle Douglas as a part of the CD Bike and Food Festival that takes place across the weekend.  Highlights will be broadcast on ITV4 the following evening.

The circuit will include Queen Street, St Andrew Street, Church Street and Academy Street providing a range of great viewing opportunities for spectators around the whole circuit during the two elite races.

Tour Series organisers SweetSpot are working with stakeholders in Scotland and Dumfries & Galloway Council to make this a safe event for spectators.

As a result, and owing to current COVID-19 guidelines in Scotland, the event will be ticketed (free of charge) and limited to 2,500 spectators in order to allow the event to take place and to mitigate the associated risks. Registrations are now open via Eventbrite here and will be allocated on a first come, first served basis. Children under the age of 12 do not require tickets.

To allow the event to happen we appreciate the patience of the whole Castle Douglas community and in particular the people who live within the race circuit.  Each household will be supplied with wristbands which will be used as tickets during the event allowing them to come and go as usual. Any enquiries can be made at the CD Bike and Food Festival HQ in the Toffee Shop, King Street.

Councillor Adam Wilson, the Council’s Events Champion said, “Summer has well and truly arrived and an evening watching the Tour Series in Castle Douglas is a great way to get out and about again after the many COVID-19 restrictions. The Council has worked with several agencies and community organisations to plan this brilliant event, which can inspire many of us to take up cycling and support our town centres again.”

In line with the anticipated lifting of major COVID-19 restrictions in Scotland on 9 August it may be that capacity limits for the Tour Series event are able to be lifted. Further updates will be available via tourseries.co.uk and social media.

The Tour Series kicks off a weekend of great sport and food in Castle Douglas, the Food Town will welcome cyclists of all abilities and ages to participate in their own version of the elite races.

The CD Bike and Food Festival will continue into the weekend with street crit racing for all abilities on Friday 13 August; a hilly time trial on Saturday 14 and a spectacular gravel sportive on Sunday 15th. Details of how to enter can be found here.

The festival will also showcase the very best of locally produced food and drinks alongside demonstrations from renowned chefs.

Nick Chisholm, Project Officer at the Galloway Glens Landscape Partnership, said; “The Galloway Glens Landscape Partnership is so excited to be supporting the Tour Series this year. We firmly believe that the best cycling in the world can be found in our corner of Southwest Scotland and what a better way to celebrate it by having a festival of bikes in the Heart of Galloway. The Tour Series will kick off an amazing weekend of street and gravel racing for pros and amateurs alike.”

Scottish Cycling’s Director of Performance and Coaching, David Somerville, said: “The Tour Series round in Castle Douglas is another step forward for the return to racing in Scotland, so a big thank you for everyone involved for making it happen. Off the back of the Scottish Road Race Championships this past weekend, and with two legs of the Tour of Britain coming to Scotland in September, it’s fantastic to see elite level racing taking place once more, even with certain COVID-19 restrictions still in place – now let’s hope for some Scottish success!”

Paul Bush OBE, VisitScotland’s Director of Events, said: “Scotland has a strong association with the Tour Series, having hosted at least one round of the event since its inception in 2012. EventScotland is delighted to be continuing its support as Castle Douglas becomes the latest venue in Scotland to host the event.

“Scotland is the perfect stage for cycling events, and our portfolio of races alongside more than 2,000 miles of National Cycle Network covering the country makes it the ideal place for both locals and visitors to experience and enjoy.”

Commenting on the announcement, Tour Series Race Director Mick Bennett said; “Castle Douglas will be a great finale for the Tour Series this summer and we know just what fantastic support we receive in Dumfries & Galloway. We have a fantastic circuit at the heart of the town, plus all of the CD Bike and Food Festival activities to enjoy, so I would encourage people from across the region to come and join us.”

Castle Douglas becomes the fifth Scottish venue to have hosted a round of the Tour Series and ensures that there has been an event in Scotland in every edition since 2012. It will also become the 40th venue to host a round of the series proper, and the 110th Tour Series event held to date.

The opening two rounds of the Tour Series take place in Guisborough (Sunday 8 August) and Sunderland (Tuesday 10 August) before the action arrives in Dumfries & Galloway for the final round.