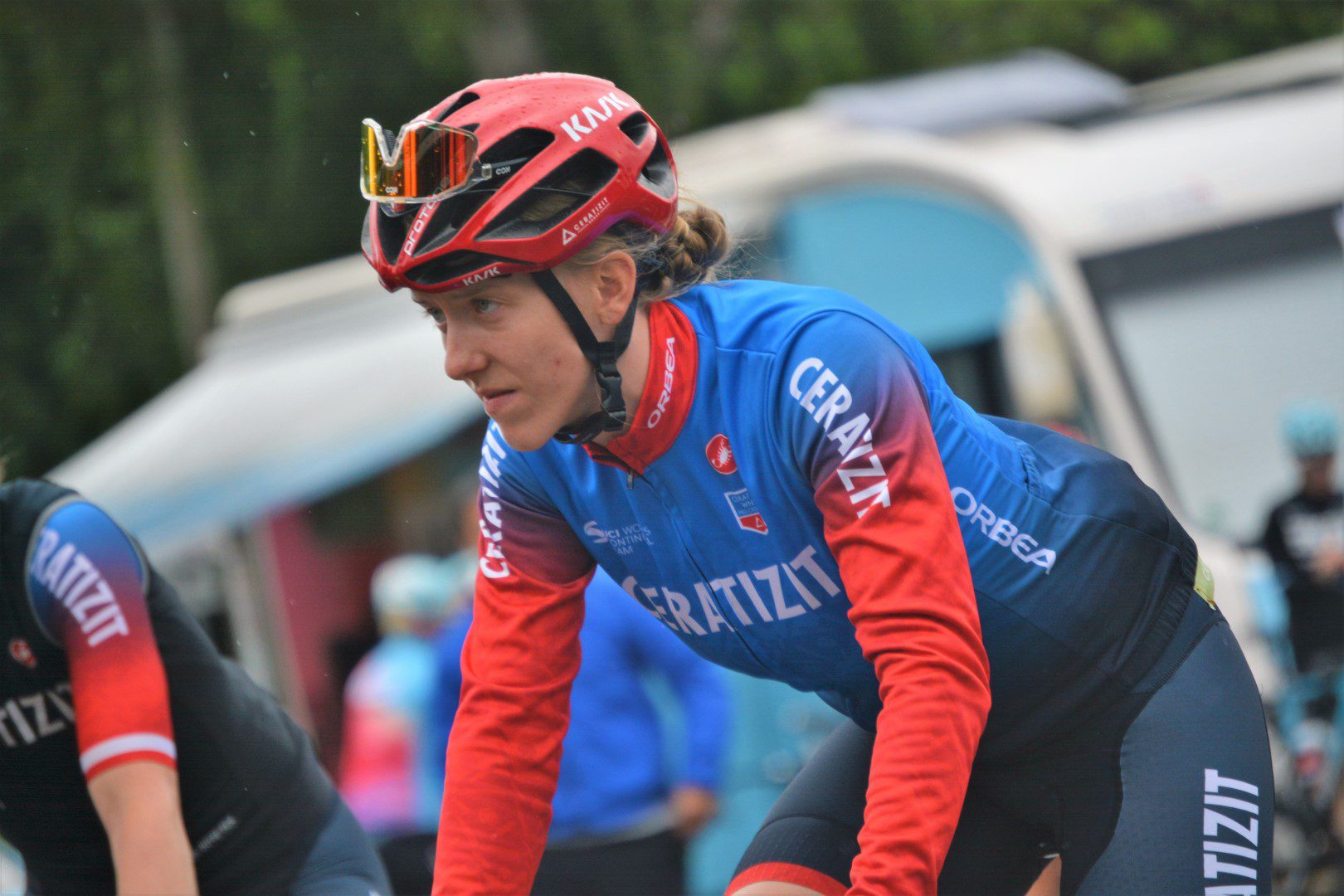 German team Ceratizit WNT has made its final signings for 2023, with 6 new riders and 4 contract extensions. It looks like the team will miss out on the last Women’s WorldTour spot having been pipped by Plantur Pura in the last weeks of the season but that allows them to focus on the next cycle. The 6 new signings come from 5 countries – Italy, Germany, Netherlands, France and Luxembourg.

Nina Berton from Luxembourg joins after her 2022 team Andy Schleck-CP NVST-Immo Losch confirmed it would be folding at the end of this year. Second, behind Christine Majerus in this year’s national championships, her best result of the season was 20th at GP Eco-Struct. She is based near the home of Ceratizit.

“It’s incredible to have the main sponsor, CERATIZIT so close to where I live, it feels like a home sponsor, they’re only around 4 or 5km away. I already feel the support from them and being a Luxembourgish rider, living so close to them, it’s a special feeling. It’s one more thing which makes me excited to join the team.

As a climber I really like technical, heavy courses with lots of hills. I love the classics where you need to push hard and have good positioning in the peloton. The hard one-day races and The Ardennes Classics is something that I think I will suit, for example Liege-Bastogne-Liege, I look forward being a part of the team in these races and learning.”

Arianna Fidanza will join her sister Martina who is already on the Ceratizit WNT team. Leaving Team BikeExchange-Jayco, the Italian should get some more opportunities in sprints and the one-day classics too. Fidanza is vastly experienced, with 10 years in the pro peloton already and raced the World Championships for Italy in the TT, finishing 23rd. She was 4th on Stage 1 of the Women’s Tour and 5th in GP Oetingen as well.

I’m happy to join this team for the next two years because it is a good team with great organisation but also my sister is here and for me it’s a good thing to have us both in the same team. We will help each other but it’s also an extra motivation to perform. I think it will be a good 2023 season.

Over the last few years, I have been a dedicated helper in my previous teams, and I would like to do have my own opportunities. I have had two good years learning and gaining experience. I really like the cobbled classics during the spring season, but I would also like to race a grand tour; the Giro or Tour, and if I could do a good result in a stage, it would be great. I want to do my best, but I want to also enjoy this season.”

Another sprint hopeful joining the team is Dutch rider Mylene de Zoete who leaves AG Insurance-NXTG. She will be an important cog in the lead-out train but also will get her own opportunities too. Her best results of the year came with 2nd and 3rd at the Baloise Ladies Tour before also scoring a 4th in the WWT race the Simac Ladies Tour.

“I felt good in the spring classics in 2022 but I suffered a lot of crashes, so the results weren’t there. So, for 2023 I want revenge in the spring classics, for example Brugge De Panne, Paris Roubaix but also the windy Dutch stage races I really enjoy. I thrive being a part of the lead out train for the other sprinters in the team but also, I’ll look for my opportunity for results too.

I’d spoken to Kirsten Wild when she was in the team, and she was always talking positively about the set-up. There’s great support for the track riders in the team, and that’s a perfect combination for me looking towards Paris 2024.”

Another experienced rider joining is Alice Maria Arzuffi who has been in the peloton since 2013. She’s gone back and forth between Valcar and Bizkaia Durango in recent years and this is her first year on a German team. Her best result in 2022 was 15th at Navarra Elite Classics but she will also combine her road season with a reduced off-road cyclocross season this year to get the best out of her road results.

“I’m proud and happy to be a part of the team for the next two years, it means we have time to get to know each other better within the team and make a long-term plan. I will not do a full cyclo-cross season as I want to focus on the road and prove myself there. I decided with the opportunity of joining the team and understanding the best way for me to perform on the road is to not combine both.

I’m a stage race rider and I’m good in the climbing races so that’s my goal for the next two years as well as performing in the Giro and Tour. Even if I know that these World Tour Races are hard to be in the best spots because the level is high, I’ll try my best and I think with my main focus on the road I will upgrade my level.”

One signing that will generate a lot of hype is that of German rider Nadine Gill. She has excelled in climbing races for Sopela in recent seasons and it makes sense for her to have a ‘homecoming’ on Ceratizit WNT. 3rd in the German national champs this year, she racked up top-10s in the Ruta del Sol, GP de Eibar, GP Féminin de Chambéry and Durango-Durango. It gives Ceratizit WNT another option in their quite sprint-heavy line-up.

“Since I’ve started cycling in 2018 and still working abroad far away from Germany, I’ve dreamed of riding for a professional German team. The team combines all that I could wish for: professionalism, top equipment and at the same time a structure that allows you to grow as a rider.

She continued about her ambitions for 2023 “My main goal is to establish myself in the group of the best climbers in the world and develop my sense for racing by helping and learning from my new teammates and working together with super experienced sports directors. I’d also like to give the time trial a real try – but as it’s a completely new discipline for me, I don’t want to dream too big with that for now.”

Cédrine Kerbaol is the final rider of the 6 new signings. She’s a strong time trial rider who finished 2nd in GC at the Bretagne Ladies Tour and 3rd in the French National Champs TT this year. The Bretagne Ladies Tour result was helped by a strong time trial but she was able to also race hard on the many lumpy stages in that race and showed an all-round skillset. There is a slight issue, however, in that Cofidis manager, Cedric Vasseur says she is still contracted for another year to his team. Expect to hear more about that in the coming days. 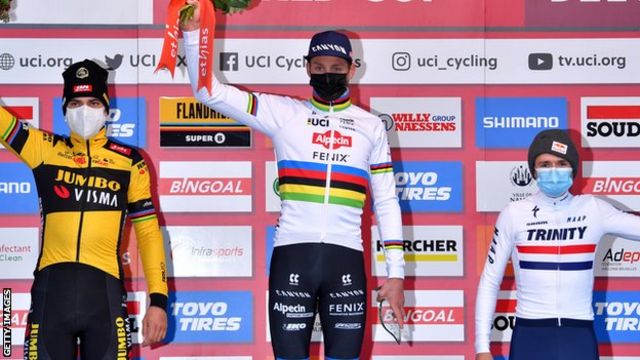 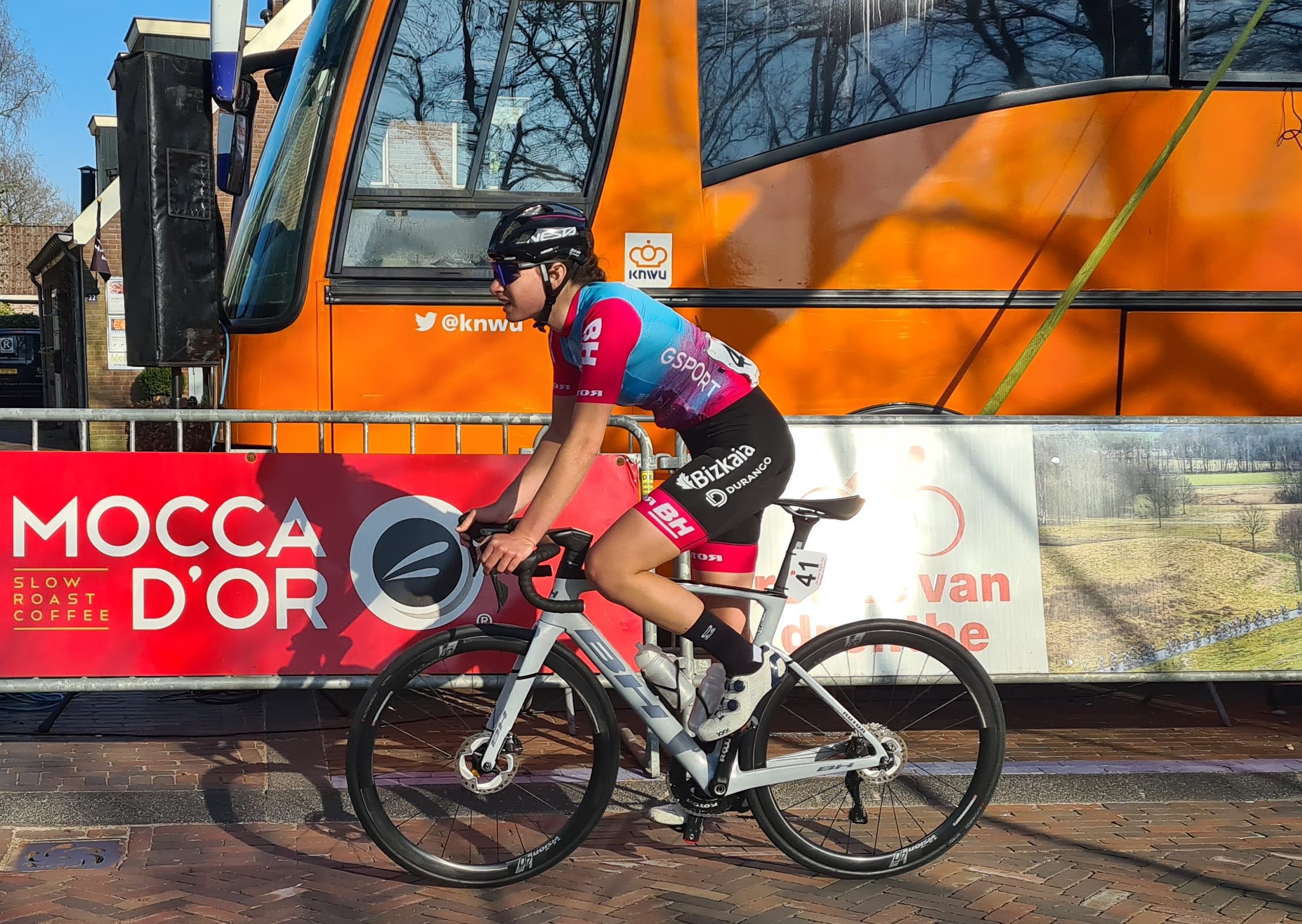