Champs Élysées – the most iconic street in cycling 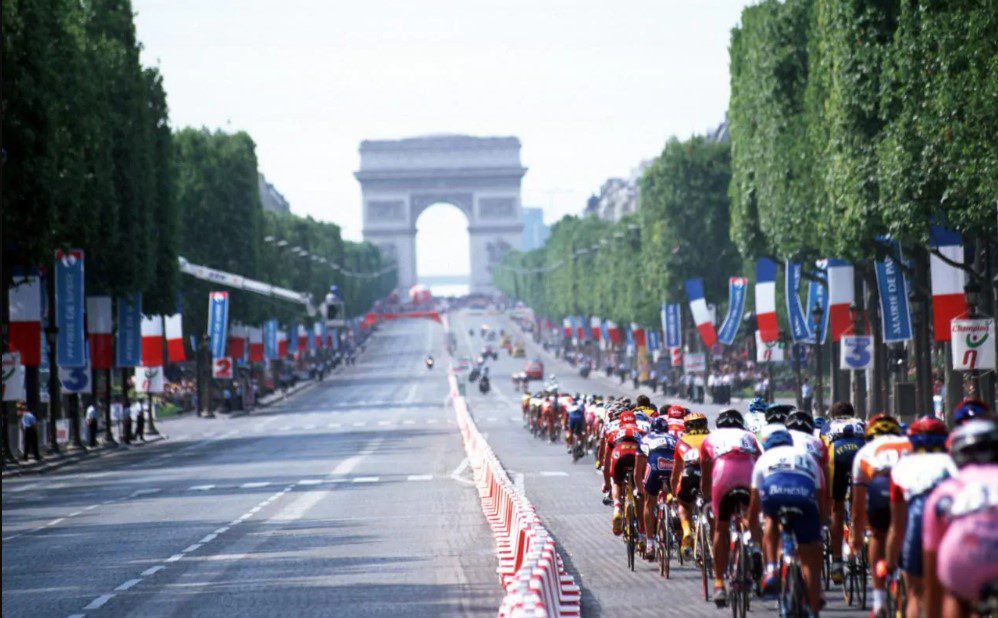 To most people, the Champs Elysees is a premium-priced shopping street. With a very wide road in the middle of it and evenly spaced trees lining the edges. To anyone with a bike, however, it is the iconic finish of the Tour de France.

Every year since 1975, the Tour de France has finished on the wide boulevard of the Champs Élysées. The last stage often takes the form of a slow procession into Paris, with champagne and plenty of photo opportunities with the leaders, especially if the jersey winners are all confirmed. Once the riders reach the Champs Élysées though, the racing begins and the speed jumps up massively.

The Arc de Triomphe takes pride of place at the top of the hill, looking down on the rest of the boulevard, the spectacle has increased in recent years as the riders now go fully around the Arc whereas in previous years they hairpin turned away from it at its foot.

The Champs itself is actually made up of cobbles. They’re harsh enough to be noticed on a bike but not as brutal as one of the Spring Classics. They were certainly bumpy enough on my carbon road bike, which for the races, helps to negate their attacks off the front. Riders can often be seen riding in the gutters at the edge of the road as they have a smooth surface and are a welcome rest.

Big names have won on the Champs Élysées such as Kittel, Cavendish, Hushovd, Boonen, McEwen, Abdoujaparov, Museeuw, Lemond and Hinault. The list of winners in recent times shows that it’s been a place where sprinters can earn some glory as it often finishes in a mass sprint, the most recent exception was in 2005 when Alexander Vinokourov won on his own. Famously, a Tour was lost by just 9 seconds on a final stage time trial on the Champs Élysées. It hasn’t always been an unofficial sprinter world championship.

Sometimes however there is heartbreak, Lieuwe Westra had to withdraw on the final stage of the 2013 Tour having ridden all the way to Paris and having just 39km of circuits to go.

Once the lead-out trains hit the front with 10km left to go, the pace becomes all-out and on the limit. The way that Team Sky delivered Mark Cavendish to the win in 2012 is one example. It shows the importance of the lead-out train in delivering sprinters to victories. This sprint even had the yellow jersey winner Bradley Wiggins taking a turn with a few hundred metres to go. That helped to power along with his teammate and repay some of the hard work others of others. It’s rare to see the yellow jersey working in this way for a sprint finish.

It would be impossible to see the Tour de France finishing anywhere else other than this simple stretch of road. For that reason, it is truly iconic.