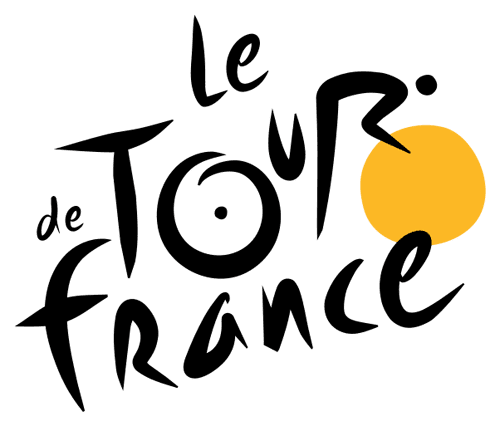 It’s that time again, time for the most famous bike race there is – the Tour de France. This year the race starts from Dusseldorf in Germany, makes its way over to Liege in Belgium (where I’ve done some riding) before entering France itself towards the end of the 3rd day.

The top of the Alps are clipped, before flying across the country to work their way up to the Pyrenees. A nice jolly across the Massif Central before tackling the Alps properly. A sojourn on the beach at Marseille before the easy option of a flight from there all the way up to the outskirts of Paris for the usual finale on the Champs-Elysees.

3 time winner Chris Froome is an obvious favourite. However his form and results this season haven’t been up to his usual standards. An iffy showing in the recent Criterium du Dauphine resulting in a 4th place finish, ultimately finishing behind his former teammate and next Tour de France favourite, Richie Porte. Richie has had a strong season so far, winning the Tour Down Under, the Tour de Romandie and finishing 2nd in the Dauphine. His odds will have been slashed following the Dauphine as he looked particularly strong in the time trial stage as well as pulling out time on Froome on Alpe d’Huez.

Nairo Quintana will be at this year’s Tour de France following his 2nd place at the Giro d’Italia. Traditionally riders who already have one grand tour in their legs seem to be weaker compared to others who are fresher. I’d probably still be expecting him to get a podium place, but recent history says he’s unlikely to get the win. Two time winner Alberto Contador will be riding as usual. Starting to enter the swansong of his career, he’s still getting good results. He came 2nd in Paris – Nice by just 2 seconds, and also came 2nd in the Tour of the Basque Country, Ruta del Sol and the Tour of Catalunya. An 11th place finish at the Dauphine confuses things however, but he should still be good for his usual top 5 position.

The French pair of Thibaut Pinot and Romain Bardet have the weight of national expectation on their shoulders. Thibaut Pinot rode the Giro d’Italia this year, so may end up searching for stage wins or the polka-dot jersey. His 4th place with a stage win there gives him a good shout of doing something similar on home soil. Romain Bardet managed 6th at the Dauphine and has generally done alright the rest of the year with some top 10s. He’s not set the world alight however, with a 6th at Liege-Bastogne-Liege probably his best result.

Dan Martin has been in strong form all season, finishing no lower than 6th in a race. He managed 3rd in the Dauphine, 3rd in Paris – Nice and 2nd in both Liege-Bastogne-Liege and Fleche Wallonne. It’s the best stage racing form that he’s ever been in in the lead-up to the Tour de France so he should be able to improve on a best of last year’s 9th place. Alejandro Valverde is always in the mix. In theory he’s there to support teammate Nairo Quintana but often seems willing and wanting to swoop on the coveted role of team leader. He won the Ruta del Sol, Tour of Catalunya and Tour of the Basque Country this year, as well as the pair of Ardennes classics so might force the hand of Movistar to support him instead.

Esteban Chaves will be having his first stab at the yellow jersey in this year’s Tour de France. He’s been on the podium in each of the last 3 Grand Tours he’s taken part in, so is a serious contender. The only people to have beaten him in GTs in the last year have been Quintana, Froome and Nibali – all multiple winners. Louis Meintjes will be fighting it out for the White youth jersey this year. He finished second only to Adam Yates last year on his way to a break-out result of 8th overall. He has good form this year with 8th at the Dauphine and 6th at the Tour of the Basque Country so will be looking to win that jersey and get a top 5 result.

His competition in the white jersey should come in the form of Simon Yates.  A 6th place in last year’s Vuelta, 2nd in this year’s Tour de Romandie, 9th in Paris-Nice and 13th in the Dauphine shows hints of good form. An alternative is the German Emanuel Buchmann who won the youth competition at the recent Dauphine on his way to 7th Overall. He also has top-10s in the Abu Dhabi Tour and Tour de Romandie this year. The likes of Warren Barguil, Pierre Latour and Guillaume Martin are outsiders here.

The winner of the recent Criterium du Dauphine deserves a mention here, Jakob Fuglsang. Usually pressed into elite domestique duty, the problems at Astana this year mean there’s a chance for him to take the lead. A previous Tour de France best of 7th place in 2013 is definitely repeatable this year on his current form. Alternatively the team will be working for Fabio Aru. A knee injury kept him out of the Giro and whilst a 5th in the Dauphine and a win in the national championships is promising, it’s not clear how he will fare over 3 weeks. With the internal power struggle possible with Fuglsang, we may not see Aru’s best in this Tour de France.

Bauke Mollema is always there or there abouts. Once presented as the great Dutch GT hope (now overtaken by Tom Dumoulin after his Giro win), it’s felt like he’s always been on the cusp. 4 top 12 results (best of 6th place, 2013) in the last 4 years show that he is always to be reckoned with. It should be noted that he was up with Porte and Froome when the motorbike crash happened on Mont Ventoux last year. However his participation in the Giro this year and the presence of Alberto Contador should mean he will find himself on lieutenant duties.

Rafal Majka has carved out a niche at the Tour de France as a perennial King of the Mountains contender and stage hunter. 4 top-10 results in the other Grand Tours show his potential, but currently his best result at the Tour de France is 27th. He may be happier winning a jersey than finishing off the pace with nothing to show for it. Fomer ski-jumper Primoz Roglic is on the cusp of a break-out result in the Tour de France this year. He finished 58th on his first Grand Tour in last year’s Giro but has since finished 4th in Tirreno-Adriatico, 5th in the Tour of the Basque Country, 3rd in the Tour de Romandie and 1st in the Volta ao Algarve. There is definitely potential there, but we shall see if he can perform as strongly over 3 weeks as he clearly can over 1 week.

Hard to see past Chris Froome, but it doesn’t feel as locked on this year compared to previous years.

If you’re interested in playing a fantasy Tour de France game – check out my post on the best fantasy cycling games online.