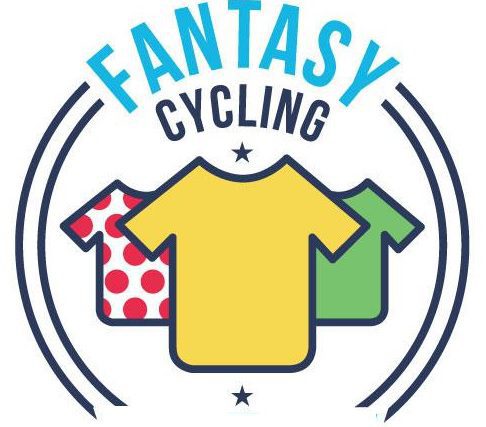 As cycling fans we all like to think that we could be an excellent directeur sportif. Luckily fantasy cycling games give us the chance to see how we would fare. They combine the knowledge of how to read a stage profile. But also deciding who is most likely to perform on that given day. I’ve played a number of fantasy cycling games over the years and list 4 of the best on this page.

The Road.cc fantasy cycling game was my bread and butter. Starting from 2013, became a daily ritual during major races to make transfers and update my team. This game requires a daily login to do it justice. One missed day and your team may be full of GC contenders on a pan flat sprinter stage. It’s tough to claw back that kind of avoidable deficit.

Amongst friends, I’ve only not won our mini-league once (2016 Fantasy Giro d’Italia, bah). The competition is fierce with the transfers system allowing teams to catch up (or blow a lead). The greater interaction lends itself to more in-depth research to make sure your new rider suits the next day’s stage. A recent introduction in 2016 was a move away from a max of 2 transfers a day to a pot of about 40 transfers. These had to last you the full three weeks of a Grand Tour. You can either choose to be frugal and horde them or roll the dice and change up your entire team in one swoop if necessary.

The bulk of the points system is based on riders finishing in the top 20 on a stage. With 35 points for an all-important stage win, the points start to drop off sharply. Making sure you have plenty of sprinters on a sprint day and GC guys on mountain finishes, are easy to call. The game-changer is being able to somehow predict the stage where the breakaway makes it. Especially when they hoover up the first 8 scoring positions.

Generally, I play this game conservatively and don’t pick many outliers. I also sacrifice one place on my team to a 3.0 rider. This is the cheapest possible price. It helps to free up budget space for the big guns.

Velogames fantasy cycling is a ‘set and forget’ type of game. Once your team is selected at the start of an event, that’s it. You get no transfers and you have to watch in horror as one of your main GC guys crashes out. The unforgiving nature makes the game slightly more towards luck than the Road.CC game where mistakes can be hidden away after a day.

Traditionally I’ve always done less well on Velogames, being regularly beaten by friends. Clearly I’ve not got the scoring system mastered. The one trick is to find that cheap person who turns out to be a GC goldmine. The then relatively unheralded Esteban Chaves earned huge points as he made his breakthrough in 2015.

A tough budget makes decisions all the harder to fit in everyone you want. Generally, it seems to be best to make sure you get in the potential top 2 GC riders and their cheap domestiques to take you to glory. The points bonuses based on the overall position can swing a league wide-open at the end as they’re particularly generous.

Picking a reasonable sprinter for a good price and finding that up and coming gem are the hard decisions here. I did experiment with a team that I felt was more well rounded one time. Their lack of very high places meant that it was a very average score by the end of the competition though. Definitely avoid doing this!

A solid, well-run fantasy cycling game, with regular updating and once you get past the small battle and foible of creating Leagues for each event, everything is good.

I am less experienced with Cobblestone as a site, but first came across it quite a few years ago. Belgian-run, there is no budget when picking a team, but instead, you are forced to choose a rider each from 11 groupings. These are based on CQ Rankings which reflect a rider’s real-life experiences. The season is split into sections, with your team of 11 expected to score across all the races until the next window.

What makes this game hard is the groupings. Sometimes in a group, there may only be 2-3 riders actually even taking part in the upcoming races, which limits your selection. The obvious downside to having to pick riders this way is that you may be stuck with them for weeks even though they’re out with a broken collarbone and pulled out of all the races ahead. This rider selection does create some huge dilemmas to decide on as a player and definitely exercises some grey matter.

To finish off, we have a Tour de France fantasy cycling game. It’s my favourite of all the Tour de France fantasy games. It’s been running since the early days of the internet in 1994 with a very loyal base of players, over 250 of whom have played it 10 times or more (including me). My first go was in 2005, which I believe pre-dates the other games on this list, and I distinctly remember checking my team online in an internet cafe (remember those?) in Salzburg, Austria.

It’s the least flashiest game on this list (it technically didn’t have a logo for me to use), but sometimes less is more. This fantasy Tour de France allows you to pick a team of 15 riders with no budget and you get points by having them place in the top 10 of a stage. The order in which you choose riders is the important skill with this game, your #1 rider will earn you 15 points for a top 10 finish whereas your 15th rider will only earn you 1 point.

Careful consideration needs to be paid to whether it is a GC or Sprinter stage heavy Tour and the likelihood of riders getting top 10s. Peter Sagan is an almost dead cert to be your first rider, with Chris Froome a surprisingly effective second option. Daily updates with a brief synopsis and leaderboard comments make checking the daily points a worthwhile experience.

With no transfers available, again your #1 may go home early ruining your team’s efforts. There’s always next year.

After some pretty mediocre results, the last two years I appear to have come closer to cracking it with a 40th and 7th overall placing.

A 2020 new addition! This game is based on a stock market value of riders and dividends paid out when riders do well in races. You pick your squad and you can chop and change riders as many times as you like. The downside to making lots of transfers is that there’s a commission to be paid when you sell a rider out of your squad. The fee is reduced the longer you hold onto a rider.

Early on the rules were being changed quite a bit as managers found loopholes or ways to take advantage of the game. These have been slowly closed up and regulated. There were daily runs on cheap riders which ensured only active managers could make a quick buck by jumping on the bandwagon early in the day and selling at the peak. Those more casual players were being hampered by this. The commission fees were raised by increasing the time needed to hold onto a rider and that largely closed this.

With the 2020 Covid-19 lockdown, it’s tough to say what the best tactic really is. There’s merit in finding riders who are cheaper than they should be and buying them before they do well.

The stock market aspect means sometimes it’s best to ride the sudden uptakes in riders and get profit that way! Long term solid gambles are worth it, back in January Remo Evenepoel shot up in value despite not riding in the Australian races. It paid off for those people who took him though!