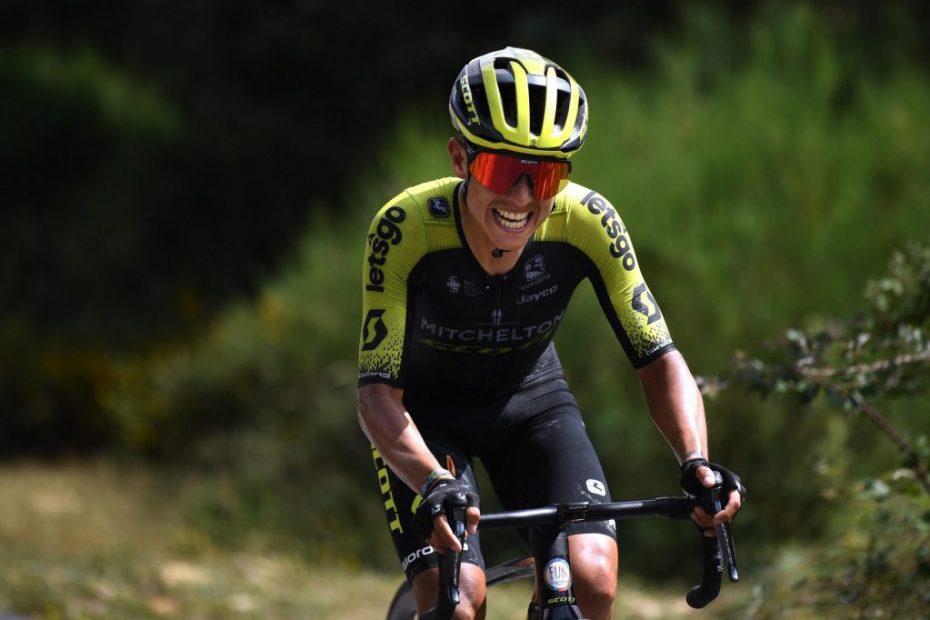 Mitchelton-SCOTT riders did everything they could to deliver Chaves fresh and in a good position to try and climb himself up onto the overall podium, but there proved to be one too many accelerations inside the final three kilometers which saw the 30-year-old lose some ground to the leaders and eventually finished in day in eighth place behind countryman Ivan Sosa (Team Ineos).

After five hard days of racing, after a lengthy period away, the Australian outfot walk away from the Spanish tour with a lot of confidence and many promising signs from the riders, with Chaves claiming a solid fourth place in what was his first stage race of the 2020 season with Mitchelton-SCOTT.

Six sneak away
The day began like all other stages with a breakaway establishing itself soon after the start flag dropped. Six-riders worked together to open up and advantage and hovered around four-minutes ahead of the peloton for the majority of the 158kilometre final stage.

As the final climb approached, with 40kilometres to go, Mitchelton-SCOTT sent Alex Edmondson to the head of the bunch to assist with the chase and the leader’s advantage began to decrease quickly.

Climbing showdown
At the base of the final kilometre, with just 10kilometres to go, finally all the remaining breakaway riders were swallowed up and the peloton instantly strung out as the roads became steep and narrow.

Mikel Landa (Team Bahrain-McLaren) launched a dangerous attack with four-kilometres to go which caused the reduced front group to split even further.

Simon Yates immediately took up the chase with Chaves tight on his wheel, bringing the Colombian back into contention and on terms with Landa, but with Remco Evenepoel (Deceuninck-Quickstep) and Sosa for company.

Chaves fights on
A second acceleration from the leading front group of four riders caused the Chaves to lose contact and the race for the stage victory opened up ahead of him. The Mitchelton-SCOTT rider continued to fight on, losing sight of the overall podium but maintaining his fourth place overall, crossing the line in eighth position with teammate Yates in ninth.

Esteban Chaves
“In the final it was hard when we arrived to the front and they attacked again with about two or three kilometres to go. I am missing a bit the change of rhythm but hopefully it will come with more races.

“The last climb was pretty aggressive, but the boys did an awesome job for me, putting me at the front and also they worked awesomely on the climb even all day.

“Fourth in the overall is an awesome start. To start racing this way is a good sign and it gives us confidence as a group for the things that are coming.”

Matt White – Head Sport Director
“It has been a good first race back, we knew it would be a good race to prepare for the next races coming up and we’ve certainly seen some good signs amongst the group.

“Obviously we wanted to arrive on the podium overall, the boys gave it everything to get him (Chaves) there. we did everything we could each stage and we also won the team’s classification, so it has been a good first race back.”