Thanks to a perfect sprint in the tortuous final in Padua, Chiara Consonni wins the tenth and final stage of the Giro Donne giving Valcar – Travel & Service yet another striking result of this season and its history.

Never before has the Bergamo-based team managed to get on the top step of the podium in the Italian stage race. Taboo is broken thanks to the 23-year-old sprinter from Bergamo, capable of leaving behind top-level sprinters such as Rachele Barbieri, Emma Norsgaard and world champion Elisa Balsamo.

«I am very happy, I have no words. I thank all my companions, with whom we did a great Giro, supported by a stratospheric team that supported us in all for ten days “, said the winner Chiara Consonni, in the first centre podium in a World Tour race after the three successes. in Belgium. «After the two laps of 2020 and 2021, in which I retired, already arriving in Padua would have been a success. Getting there by raising your arms to the sky is something incredible ». 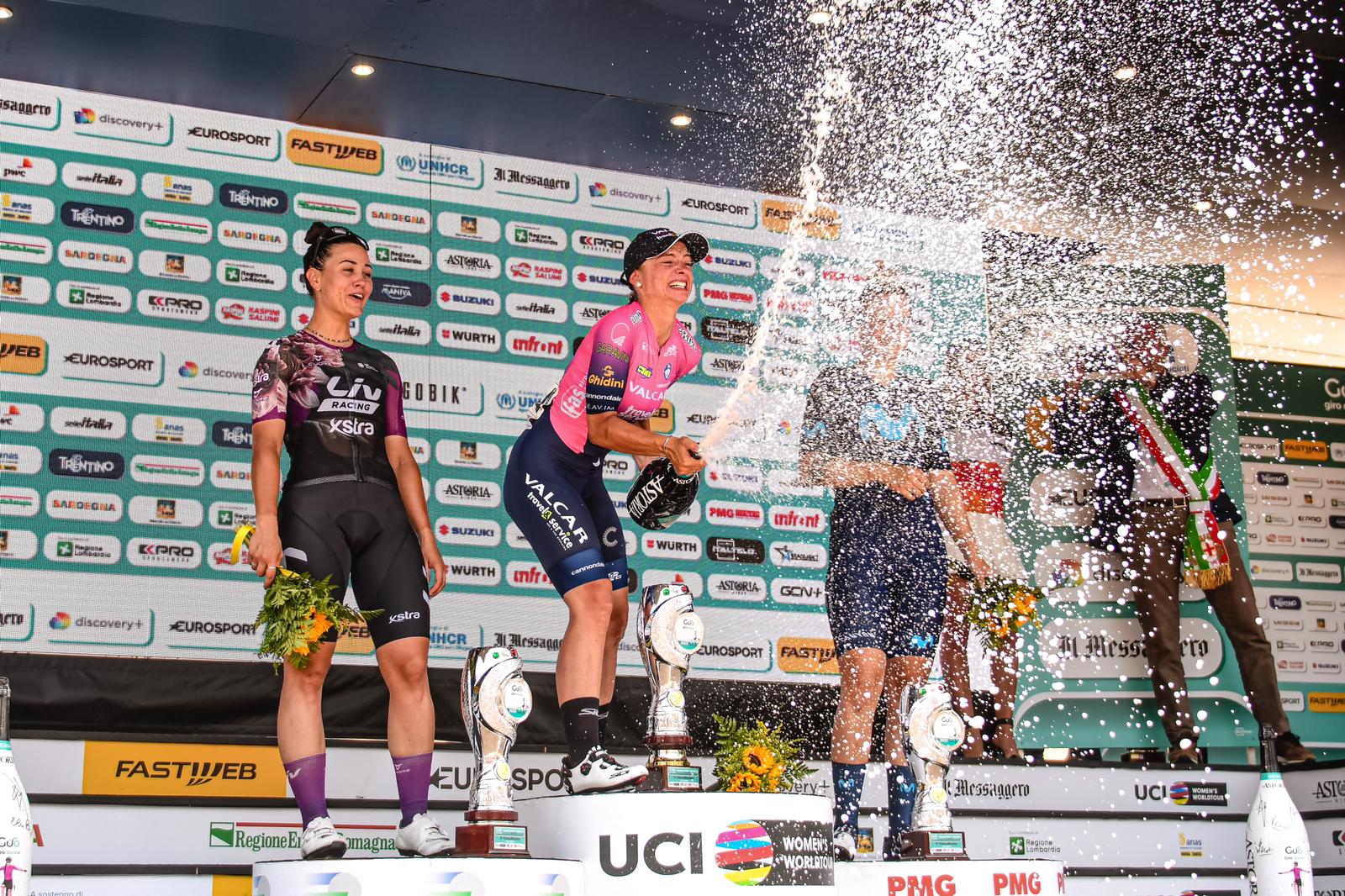 Chiara Consonni on the podium in Padova – credit Twila Muzzi

In reality, Chiara scoffs as usual. After fifth place in the Tortolì sprint, it was she who trusted in a crescendo ending. “At the beginning I was lacking a bit of brilliance, having just returned from track tests and retirement in Livigno; but I knew I could improve stage after stage; as long as you overcome the climbs of the last days ».

On the other hand, Silvia Persico exalted herself in the mountains, finishing in seventh place in the general classification. A great result for the Cene athlete, who is expressing himself at very high levels this year. In addition to the third place in Bergamo, the balance of the Giro boasts the fourth in Cesena, the seventh in yesterday’s fraction in San Lorenzo Dorsino and the tenths in Aldeno and on the Maniva Pass.

Chiara’s exploits and Silvia’s placement are the icings on the cake of an incredible ten days by the whole blue-fuchsia team. Ten days that started badly with the fall in the third stage of Olivia Baril, forced to retire, but which saw the other five girls directed by Davide Arzeni multiply their efforts. A dream team that was able to count on the irreplaceable contribution of Alice Maria Arzuffi, Anastasia Carbonari and Karolina Kumiega, always alongside Silvia and Chiara on all terrains.