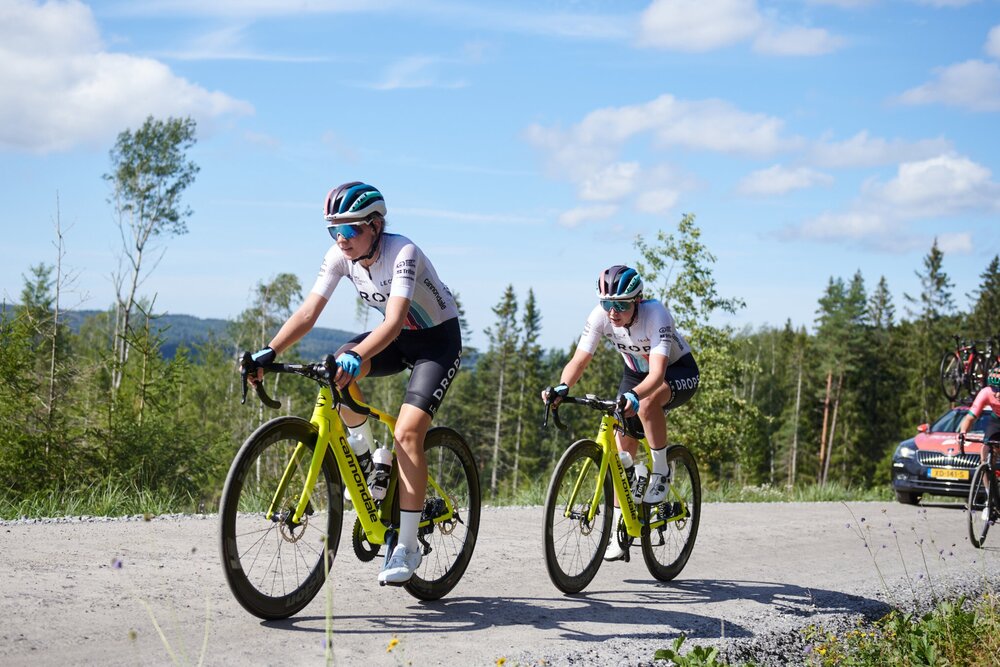 Drops Cycling Team are pleased to share the news that both Anna Christian and Manon Lloyd have extended their contracts until the end of the 2020 season.

Christian, 24 from the Isle of Man will enter her fourth year with the team. Anna continued to show her climbing prowess during this past season, especially during the Tour of California with a close-fought battle in the QOM competition where she eventually finished 3rd.

Anna also took on a key domestique role supporting our GC leaders in certain races, whilst exploring her breakaway opportunities for herself, during Lotto Thüringen Ladies Tour Anna got herself in the break of the day on Stage 4, the break made it all the way to the finish with Anna taking 3rd and getting on the podium.

“I’m really happy to be staying with Drops for 2020,” Anna commented “It’s great to be apart of a team that holds such a good mentality and spirit. With the new edition of riders, it’s shaping up to be a strong team. I’m looking forward to seeing what we can do together.”

Manon Lloyd, 22 will race for the team for the third consecutive year. The gutsy Welsh rider has well and truly found her place in the team this year and has excelled in the domestique role.

Her gutsy and attacking style has also led to her taking advantage of her own opportunities by getting into breaks in races such as Festival Elsy Jacobs and stage 1 of Thüringen Ladies Tour which stuck until the finish line where Manon took 5th place.

“I’m excited to be staying with Drops for another season,” Manon said. “I really enjoyed my first two years on the team and looking forward to getting stuck into the 2020 season with some new faces. I’d like to thank Bob for all his hard work as the 2019 season wouldn’t have been possible without him.”

Team Director, Bob Varney said “We are really pleased that both Anna and Manon have chosen to continue with the team into next year. After a difficult transitional year, we are all looking forward to pushing on and both Anna and Manon play key roles within the team. Off the bike, they are both embody the spirit of the team.”