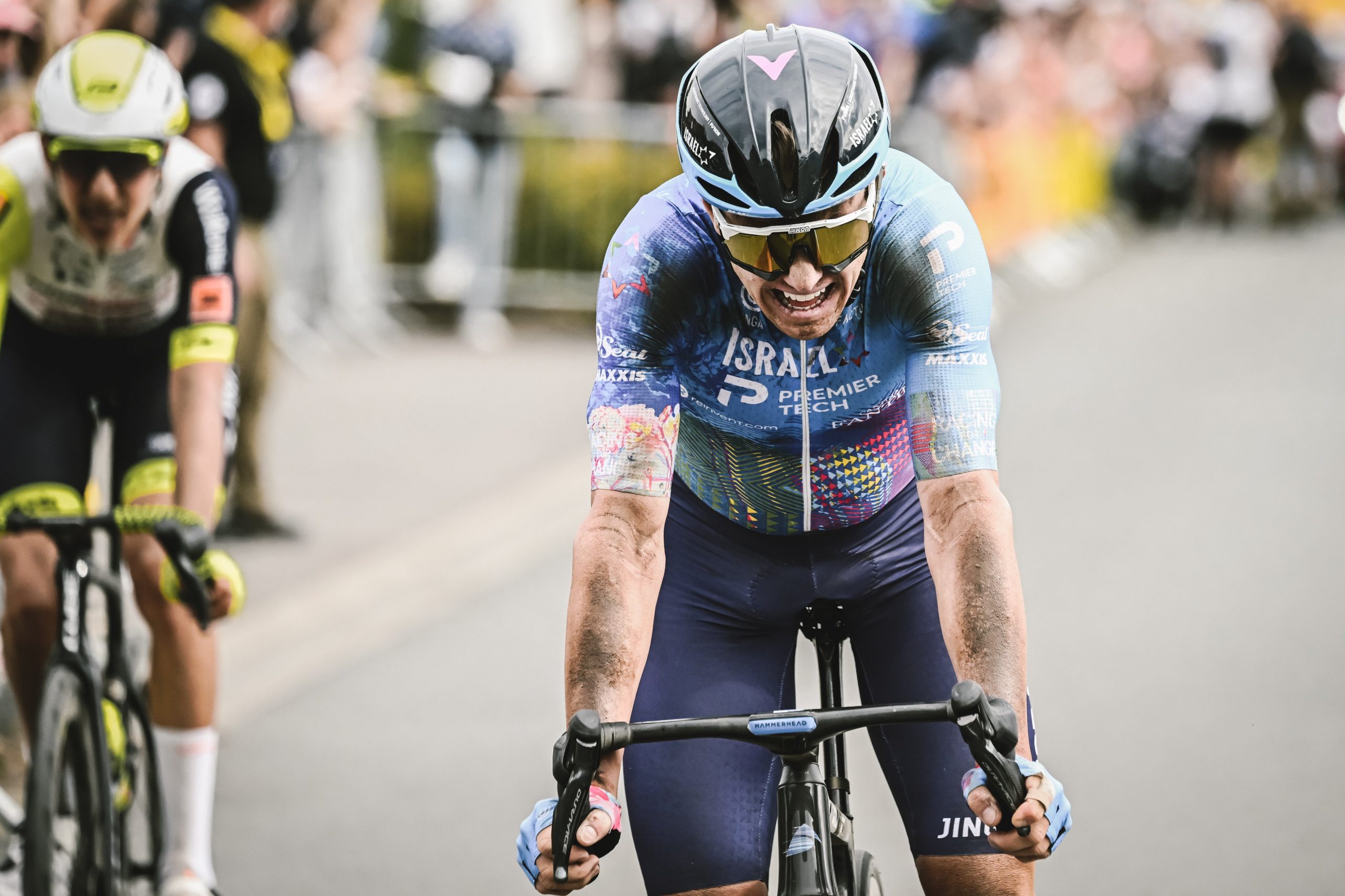 The long hyped cobbled stage of this year’s Tour de France didn’t disappoint for excitement, even if some of it was unfortunately caused by crashes rather than brilliance. At the end of it, the Australian Simon Clarke timed his bike through to perfection to win the 157km long stage from Lille to Wallers-Arenberg. Despite everything that happened, somehow Wout van Aert held onto his yellow jersey. Tadej Pogacar gained a handful of seconds over most of the GC rivals, with Primoz Roglic the big loser of the day.

It was the first time this Tour de France that the breakaway succeeded. Containing Simon Clarke, Taco van der Hoorn, Edvald Boasson Hagen, Neilson Powless and Magnus Cort Nielsen. Powless attacked the final kilometre, aware that there was a chance for yellow but those looking for the stage win had other ideas and streamed past in the sprint.

The day didn’t go well for Jumbo Visma. First Wout van Aert crashed on an innocuous section of tarmac road and then nearly crashed into the Team DSM car as well. Jonas Vingegaard had a mechanic and swapped bikes repeatedly before getting a replacement. Primoz Roglic crashed hard and had to borrow a spectator’s chair so he could relocate his shoulder. That all meant the team were on the defensive all day and we saw nothing like the attacking panache from yesterday’s stage.

“I got up quickly and got back on my bike, but very quickly I realised that I couldn’t go on like that,” he said after losing over two minutes to two-time defending champion Tadej Pogacar, who produced a scintillating display on the cobbles.

I had to stop and borrow a spectator’s seat to put my shoulder back in place myself. As this has happened to me before, I know what to do, I grab my knee and pull hard.

I don’t know in what shape I will be to continue. For the moment, I don’t think I’ve lost the Tour, I’m not there yet in my head, I’ll try to recover,”

At one point it looked like Tadej Pogacar was going to put a solid minute into his rivals but as the group with most of the GC contenders swelled, the gap began to come down, especially under the impetus of Wout van Aert’s desire to hold onto his yellow jersey. It was still no doubt a good day for the Slovenian on his quest for a 3rd straight Tour de France.

Peter Sagan and Caleb Ewan also crashed on tarmac sections. Sagan overcooked a corner whereas Caleb Ewan was part of the Roglic crash that saw a hay bale barrier knocked onto the road by a camera motorbike just before the peloton got there. Jack Haig, a GC hopeful for Bahrain VIctorious was a DNF today as a result of that crash.

Thursday’s sixth stage is the longest one of this year’s Tour de France and is a hilly 220-kilometre route from Binche to Longwy.