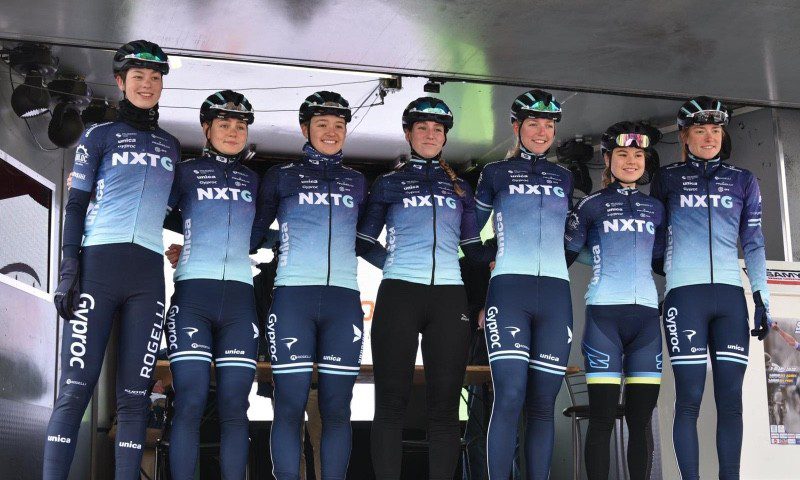 NXTG Racing lined up for a third race in four days. Three riders of the Watersley R&D clubteam joined us. Silke Smulders came in 22nd. Mischa Bredewold and Cathalijne Hoolwerf crashed. The verdict for Mischa was particularly harsh. She broke her collarbone and will most likely undergo surgery. Ilse Grit had an untimely puncture on her birthday.

It was a day of bad luck after bad luck. Rozemarijn was sick too. The race was done pretty soon when the first group rode clear with the best riders in the peloton. The peloton broke into two pieces. Emily and Julia were in the second part and Silke in the first part. That was a good result. It’s just sad the others had so much bad luck because races like this offer a good opportunity for a result.

Silke Smulders,  a first-year elite rider who is part of the Watersley R&D team, managed to stay in the first peloton and finished 22nd.

It was exciting to be part of such a big race with such a quality field today. That was my first time in this peloton. I never did a course or race like this as a junior either. The race itself was hectic but I managed to stay at the front all the time. The riders in the breakaway were in a different league so I am happy I finished 22nd in the first chasing group. It was really cool to get this opportunity to ride with NXTG Racing. I had some question marks before the race so I am really happy I got this far.