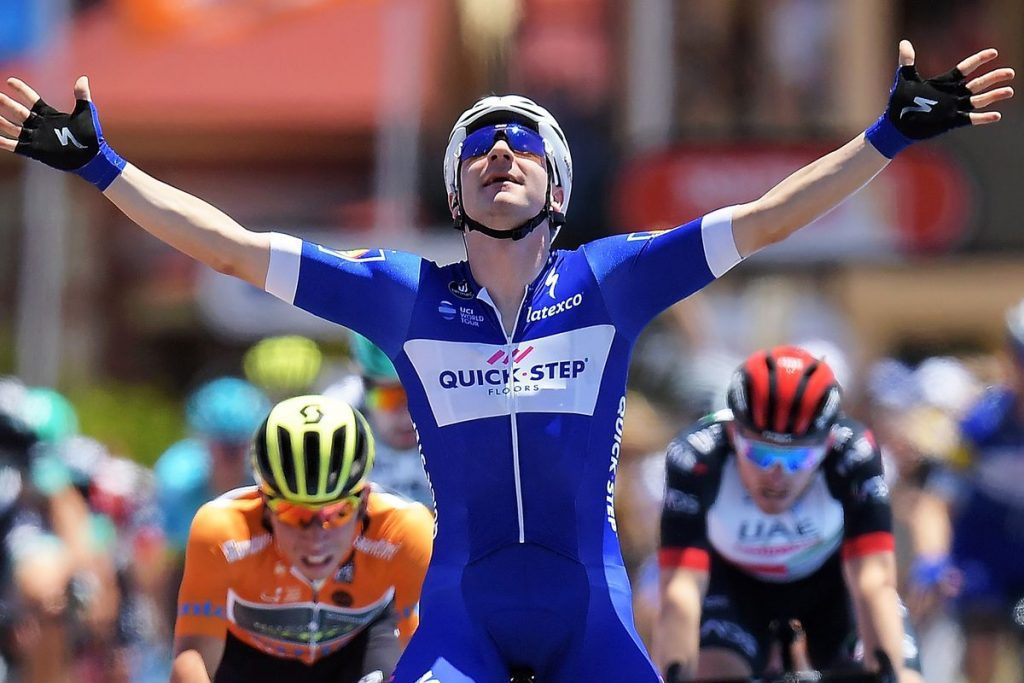 Dreidaagse De Panne (3 Days of De Panne) has changed format for 2018. The name stays the same but the race no longer last 3 days. The men’s race is now transformed into a 1 day event, with a women’s 1 day race too. There was supposed to be a further criterium event to round it back up to 3 days, but for 2018 this isn’t happening.

The 2018 race starts in Bruges, taking in the Kemmelberg (which I had the fun of riding last year)and other climbs in Heuvelland before heading to the North Sea coast at De Panne and Koksijde for 2 laps of a circuit. With the last named climb taking place 100km before the finish, it’s unlikely that the climbs in the middle of the race will prove to be decisive. A sprint finish is likely, but the final run-in isn’t completely flat and may reward someone who attacks late.

Some of the biggest names in the sprinting second and third divisions have come forward for Driedaagse this year; the one exception is Elia Vivani. He already has 4 stage wins and a rare overall victory to his name this year. France’s Bryan Coquard will still be trying to make up for his poor 2017, he’s already finished on the podium 5 times in 2018. Pascal Ackermann will be leading the Bora charge. He finished 3rd in the Handzame Classic last week so appears to like racing in Belgium.

Adrien Petit had a doomed late breakaway at the GP Denain last weekend that still saw him finish 10th, a 4th in Le Samyn and a victory in Paris-Troyes shows some form in his legs.  Jens Keukeleire finished 2nd in Gent-Wevelgem last year so clearly can make it over the Kemmelberg in good shape. There’s no reason he can’t make it over the lumps near the finish. Britain’s Adam Blythe has a chance for Aqua Blue, he finished 5th in Handzame and was remarkably consistent in the Dubai Tour.

Former Worldtour rider Kenny Dehaes is a man in form, he won GP Denain last week and also finished 6th in Handzame. If it comes together as a group at the end of the race, he’ll be in with a good shot for WB Aqua Protect. Wouter Wippert will be the man for Roompot and their distinctive orange jerseys. He finished 4th in the recent Rabobank Dorpenomloop Rucphen at a lower level. He sometimes gets up for a good result at this level too. TopSport Vlaanderen will be backing Amaury Capiot, a recent 2nd in Nokere Koerse shows his form, he also had strong results in Etoile de Besseges with 4 top 10s.

If Driedaagse doesn’t get controlled by the sprinters’ teams, a host of other riders suddenly become contenders. It’s hard to look past the man of the moment Wout Van Aert, still on a high after his 3rd place in Strade Bianche. The parcours doesn’t instantly look ideal for him, but the rises near the end might shake things up. Wanty Group – Gobert’s Guillaume Van Keirsbulck is a perennial decent shot for the Belgian races. Winner of last year’s Le Samyn, he has also finished 6th in this year’s Dwars Door West-Vlaanderen.

Former Belgian national champion Preben Van Hecke has found himself in the breakaway already this season, with some (a lot of) luck he could stay away until the finish. Mitchelton’s Luke Durbridge won a stage at Driedaagse last year, but now in its revamped format it may not suit him quite as much. If the rest of the peloton manage to pull one over the sprinters’ teams, Durbridge will be up there. Nikolas Maes is down as Lotto-Soudal’s leader for this race, his best result this season is 13th though. If it does come down to a sprint, Lotto may favour Moreno Hofland instead who came 9th in Handzame.

Katusha’s charge will be led by Baptiste Planckaert, he managed 6th in Nokere Koerse. He also managed numerous top 10s when racing in Belgium last year. Top 5 would be a good result. Cofidis’ Hugo Hofstetter is in great form. A 2nd in GP Denain last week and 3rd in Nokere Koerse, he has been sprinting well. Rui Oliveira has come off the track and has finished in the top 25 in each of his 3 races outside so far this season, 7th in Handzame is his best result. His brother Ivo, runner-up in the individual pursuit at the recent track world championships will be providing support.