Eider Merino is the first 2023 signing of Laboral Kutxa 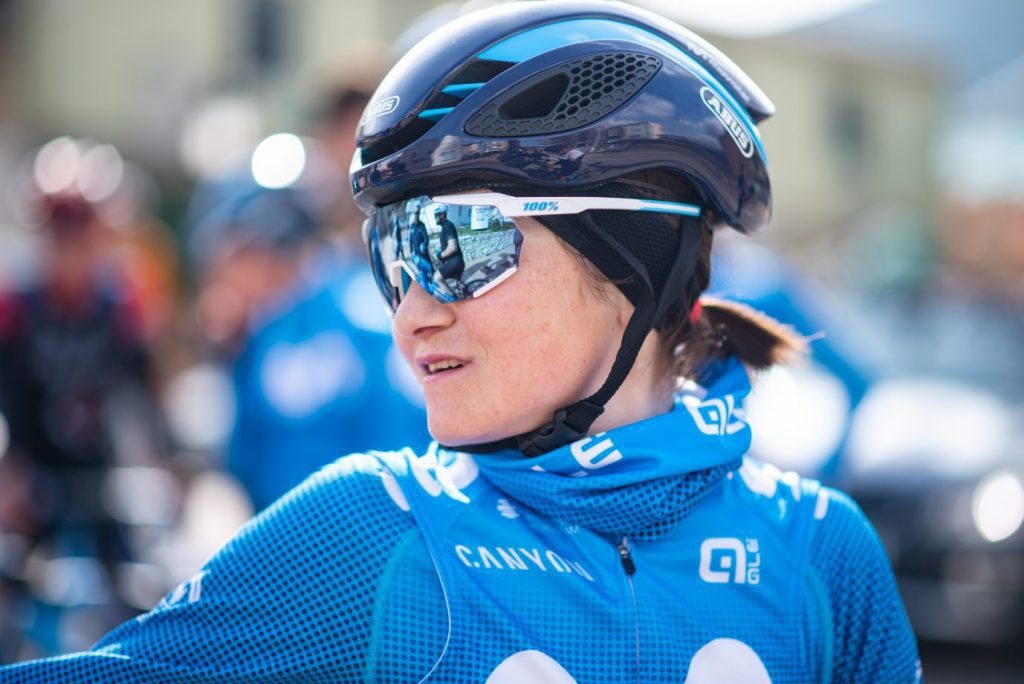 Laboral Kutxa previously announced its ambitious plans going forward with a big budget increase and a goal to reach the Women’s WorldTour from 2024. The sponsorship is guaranteed until 2029, giving the team plenty of time to grow. With that in mind, the team has announced their first major signing in Eider Merino. The Basque rider struggled in 2021 with issues off the bike making the big move to Le Col-Wahoo an unsuccessful one. She will hope that this homecoming to the Basque Laboral Kutxa team will help her to refind that groove.

Previously at Movistar and AR Monex, the diminutive climber was able to pull off strong results including becoming the Spanish national champion in 2018 and a hilly stage win at the Tour de l’Ardeche in the same year. Aside from wins, Merino was 4th on the epic Monte Zoncolan stage in the 2018 Giro Rosa and 8th overall, then 4th at the now unfortunately defunct Emakumeen Bira in 2017.

Laboral Kutxa sees Merino as a leader on the road, especially in international races and a strong captain for the rest of what promises to be a young team.

“After two years in which things have not worked out for me sportingly, I need to feel like myself again, have more confidence, be happy and rediscover myself, have a calendar, motivation… And what better place than at home and even more so if It also fits into a project like the Fundación Euskadi project.

I like cycling so much that I can’t be without it. I had different options and I chose the LABORAL Kutxa project to feel like part of a family, to have everything close by, to be well supported. contribute all my experience to young cyclists who have a lot of potential. Give them confidence in the race, in certain situations and moments.

And I like the good atmosphere and I can also contribute that to the group. At an international level we have to start letting ourselves be seen and achieve results since we are not known and to be respected little by little. I hope to achieve important things with the team, all together.”

“Eider is an important signing for the growth of the structure; she has been in cycling for many years, in the best races in the world, at the highest level. Here we hope to recover her best version.

We believe that our project in general fits with her way of being and working and that she can get the most out of it in a close environment like ours. In addition, for the rest of the young riders from home she is a great reference for them to learn and grow by her side.”