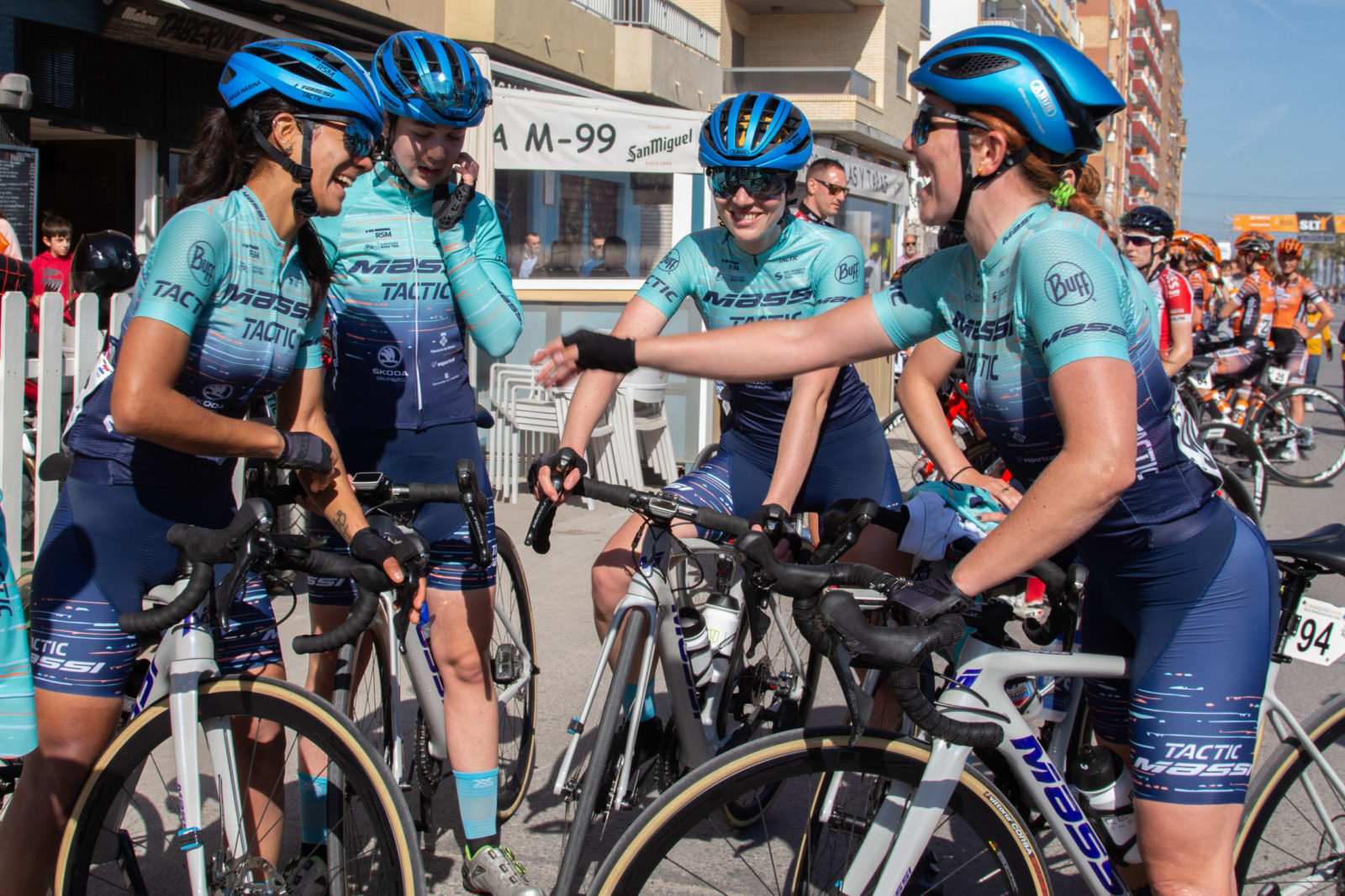 The Massi-Tactic UCI Women’s Team signed, yesterday, its  best position  in the two seasons of life with 10th place in the general classification of the Valencian Cycling Week, a 463 km race divided into four stages of the European Calendar of the Cycling Union International (UCI). “It is the best place for teams that we have achieved between last season and this one,” says Àngel González, the  team manager  of Massi-Tactic. The race had outstanding cyclists worldwide – from the Netherlands, Germany, Switzerland, Italy, Belgium, United Kingdom, France, Norway and Israel – and  those from the Costa Brava were only surpassed, in the Spanish sphere, by the national team.. The 10th place for teams was achieved after coming back in the last stage from 17th position.

The Valencian Cycling Week was held between Thursday 20 and Sunday 23, and passed through the demarcations of Valencia, Castellón de la Plana and Alicante in stages of 103, 126, 94 and 140 km. At the individual level, for the Girona team,  Paraguayan Agua Marina Espinola finished in 49th place, followed by Lauren Creamer, Mireia Trias, Gabrielle Pilote-Fortin and Ariadna Trias -Isabel Martin and Nerea Nuño  also participated. A year ago, the best individual place for the people of Girona had been 95th, from the hand of Cadiz Belén López.

González adds that «the Valencian Cycling Week went very well, compared to the previous edition; This time we were able to finish with five runners and we scored . I give a 10 to all our cyclists , since there were very powerful European teams and the objective was to be the first Spanish team. As we passed stages we took our nerves off and on the stage of the last day we went from 17th to 10th place overall. The next Massi-Tactic race will be in the Valencian Community again, in the  Vuelta a Castellón, between this Friday, February 28 and Sunday, March 1 .