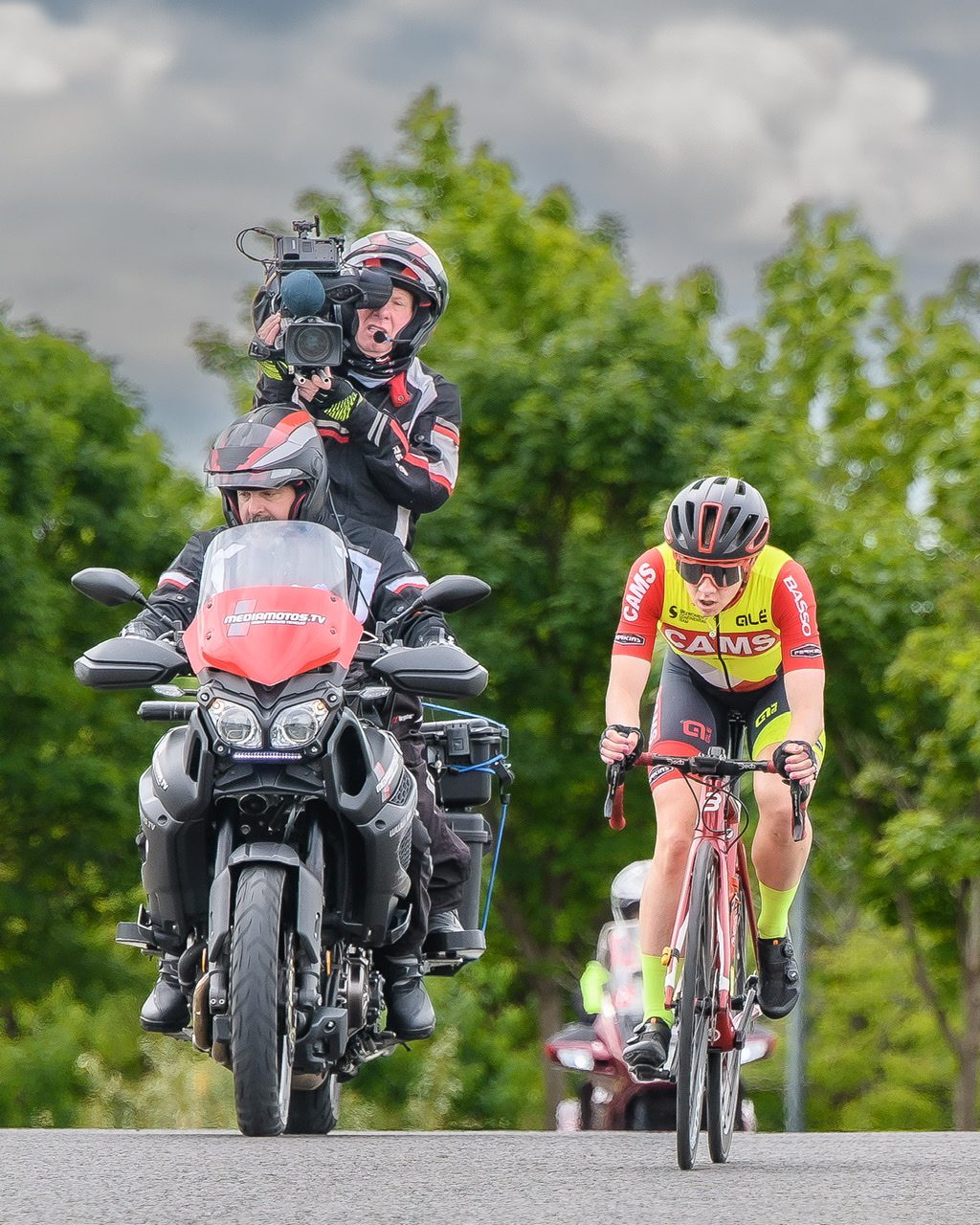 After a quiet first couple of laps of the larger countryside circuit, the action kicked off in earnest. Attacks came often, although everything was chased down so nothing got away. Emma Edwards was in a late break on the longer circuit, but Edwards and her two breakaway companions were caught before the peloton made its way back to the riverside circuit in Stockton.

As the peloton started its first lap of the smaller Stockton circuit, Finney made her move. She was initially joined by Frankie Morgans-Slade of AWOL O’Shea. Unable to keep pace with Finney, Morgans-Slade returned to the peloton whilst Finney continued solo.

“It wasn’t quite the plan,” explained Finney after she took the victory. “It was a fast attacking race, so I felt it was a good time to go, but I didn’t expect to stay away until the end. I’m really happy to take the win today.” 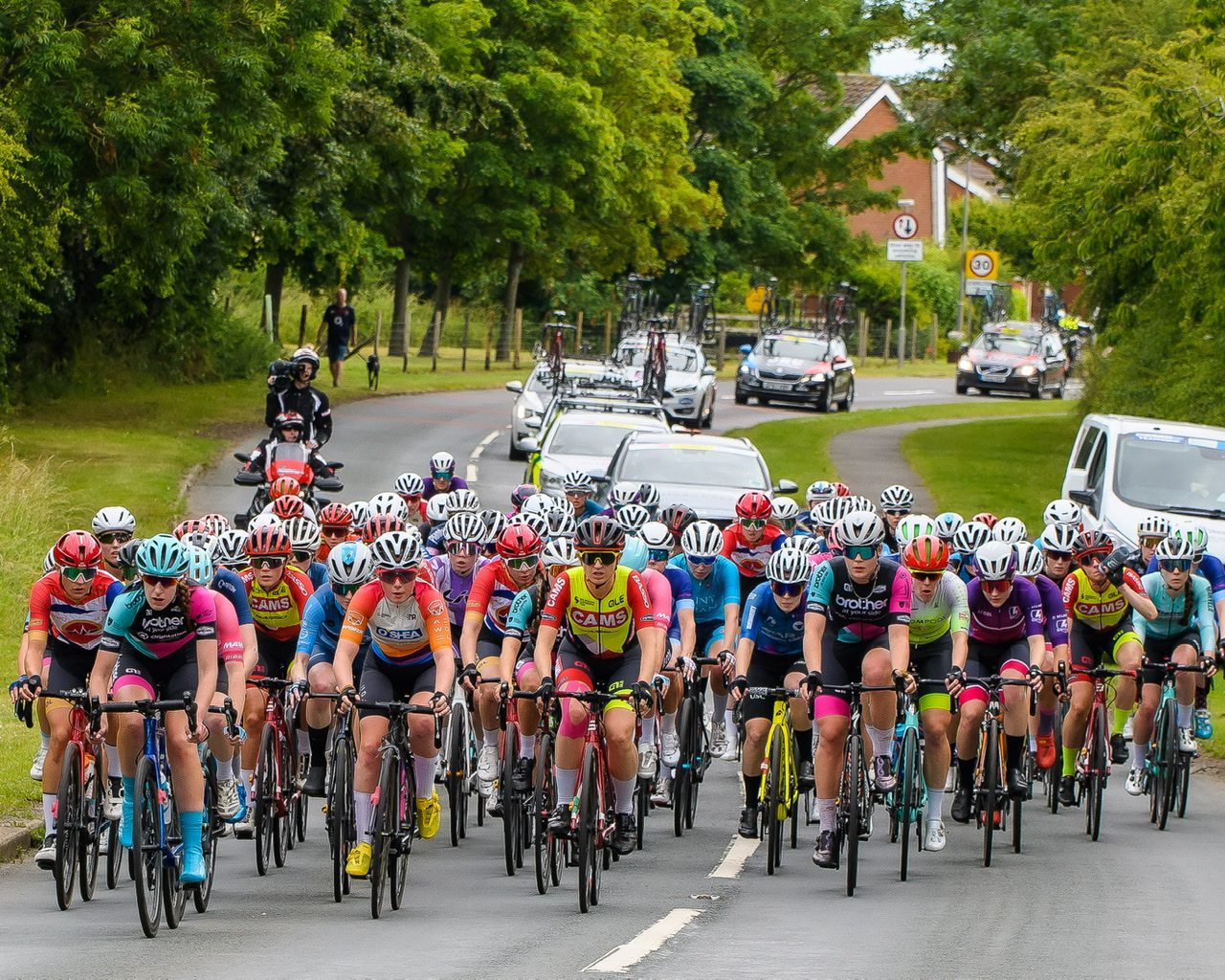 Jess also had a second trip to the podium. She won all three of the sprints and won the sprints competition overall.

“It’s absolutely brilliant,” said Simon Howes, Team Manager. “I’m so happy for Jess after a tough season to date for her. I’m really proud of her and her teammates for getting this result.

“Jess is our longest standing team member; she’s been with the team for 5 years. We always knew this result was achievable and she’s done it. But not only won, won from the front. Always in the lead group, winning the sprints competition and then winning alone. She just needs to work on her two handed victory salute now!” 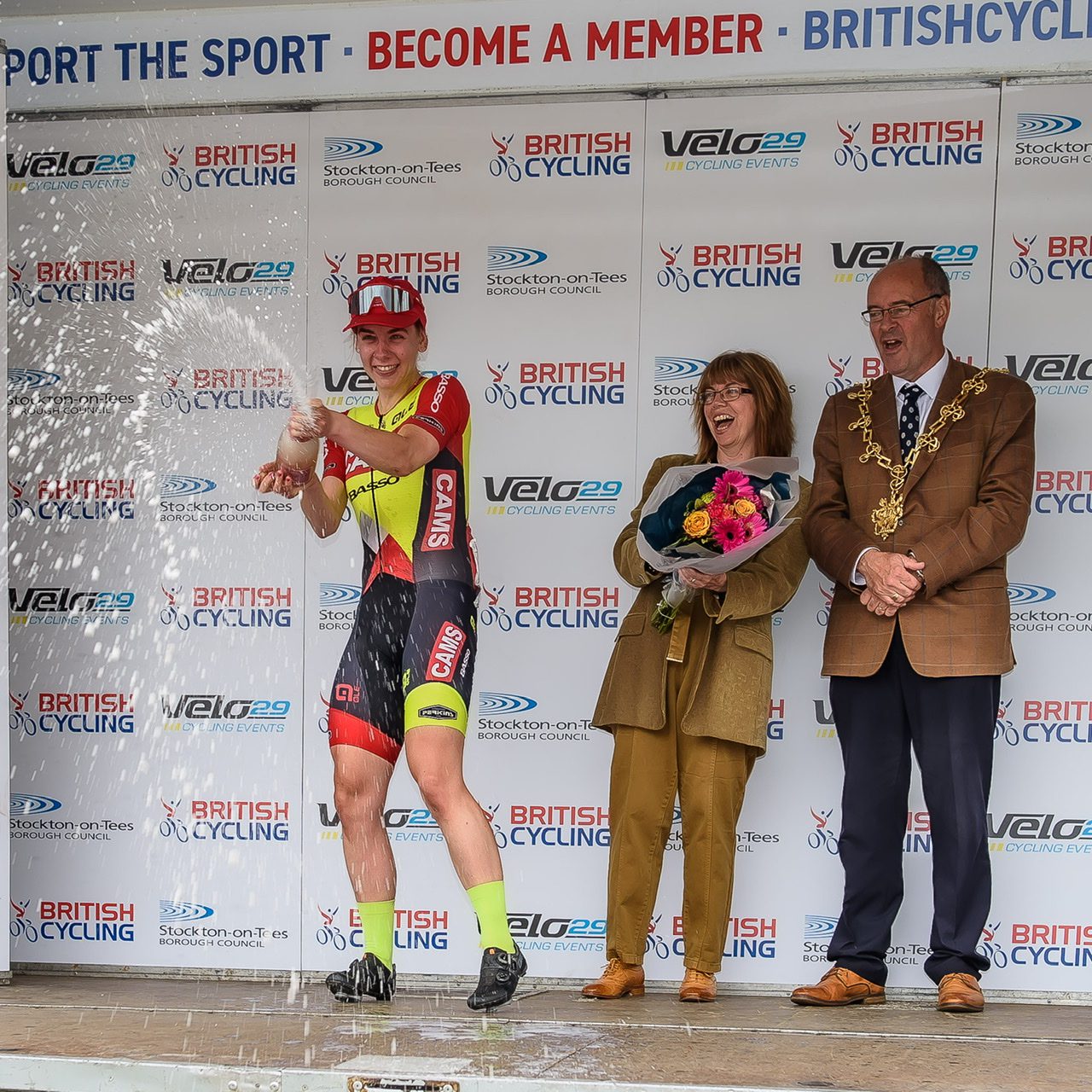 With Sammie Stuart finishing 6th and Beth Morrow 10th, we won the team competition and maintain our lead in the National Road Series team standings and Finney moves up to third in the individual standings.