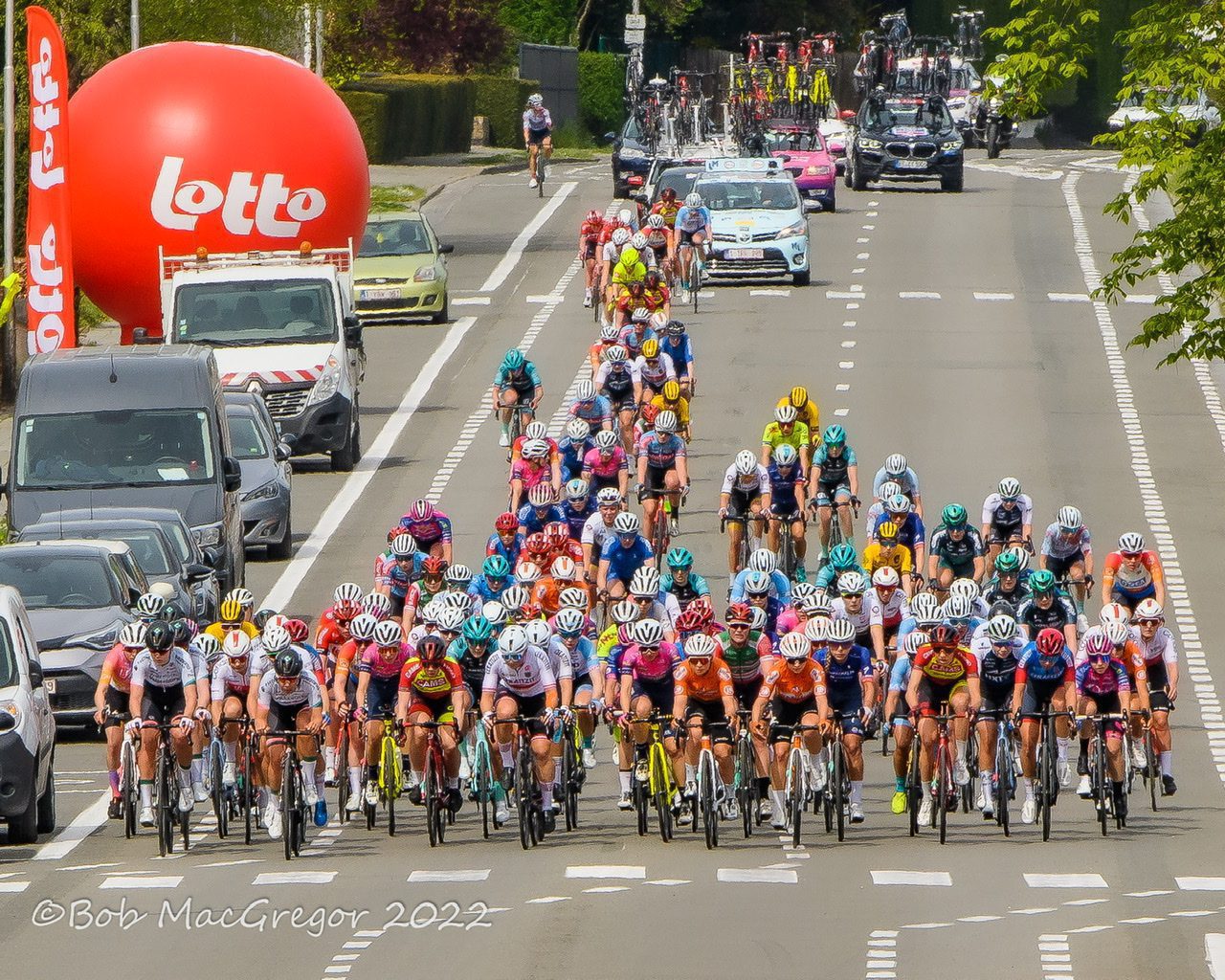 Easter Monday served up sunshine, cobbles and crashes in Belgium for CAMS-Basso. Our riders stayed upright thankfully, but got caught on the wrong side of a big crash, which effectively ended our chances of competing for the top places.

It was our first time at Ronde de Mouscron, the UCI 1.1 race, and the team was excited to get stuck in. The flat 24km circuit included a 1.4km section of cobbles which the peloton negotiated five times. It was on the second pass of the cobbles with about 70km of the race remaining, that the crash happened, not long after live TV coverage began. 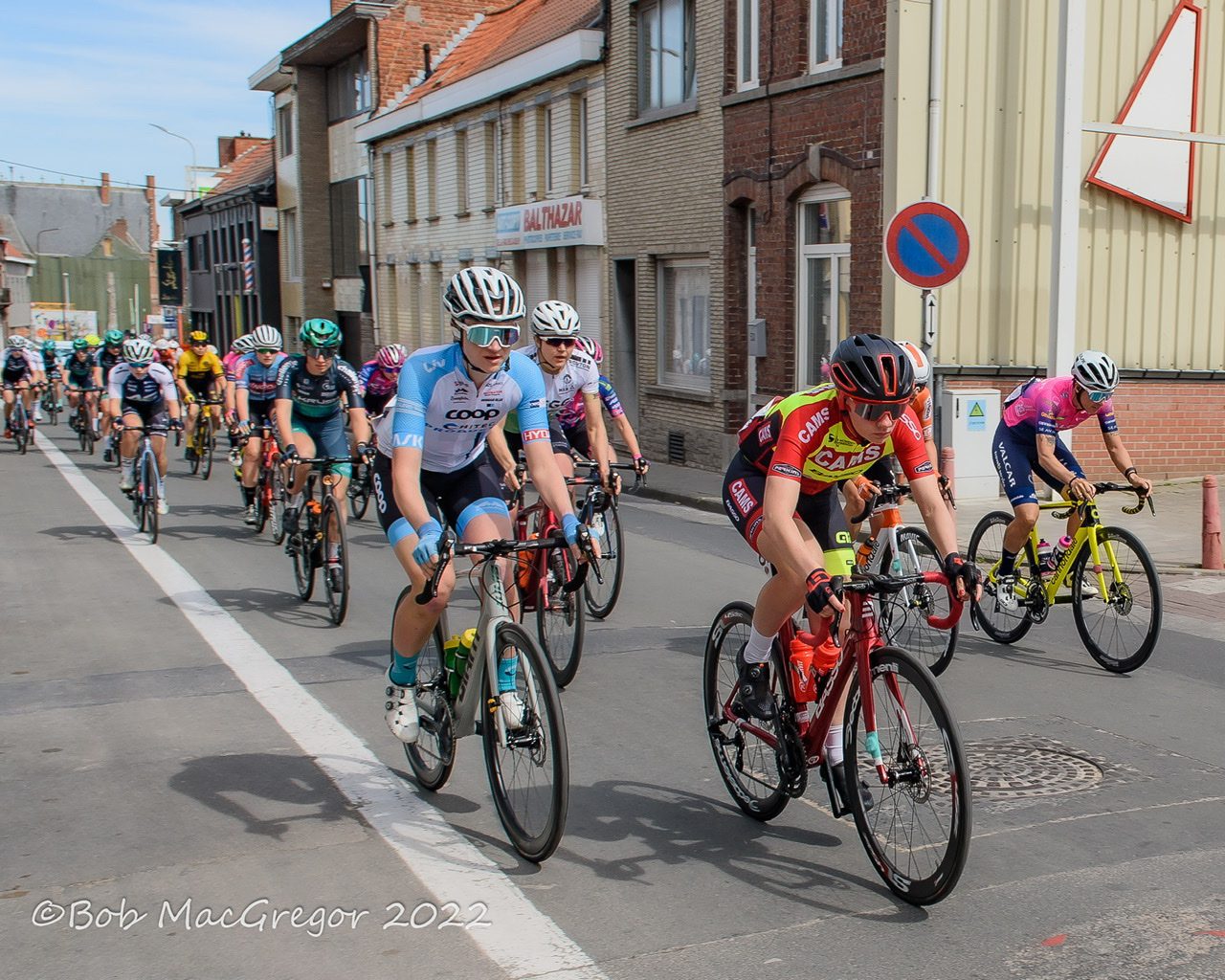 Unfortunately for us, most of the bigger teams in the race were in front of the split, including the 2021 race winner Chiara Consonni from Valcar Travel & Service. Determined to keep a front group of about 25-30 riders away, those teams began drilling hard. Behind the split and sensing the danger, Danni Shrosbree immediately began working to close the gap.

With little cooperation happening, in the end Shrosbree clipped off the front of the chasing group together with Alena Ivanchenko, the world junior TT champion from UAE ADQ, to try to make their way across to the front group. With a 1.30 gap to make up and a front group containing several riders from UAE ADQ, Ivanchenko didn’t want to play so the move quickly came to nothing. 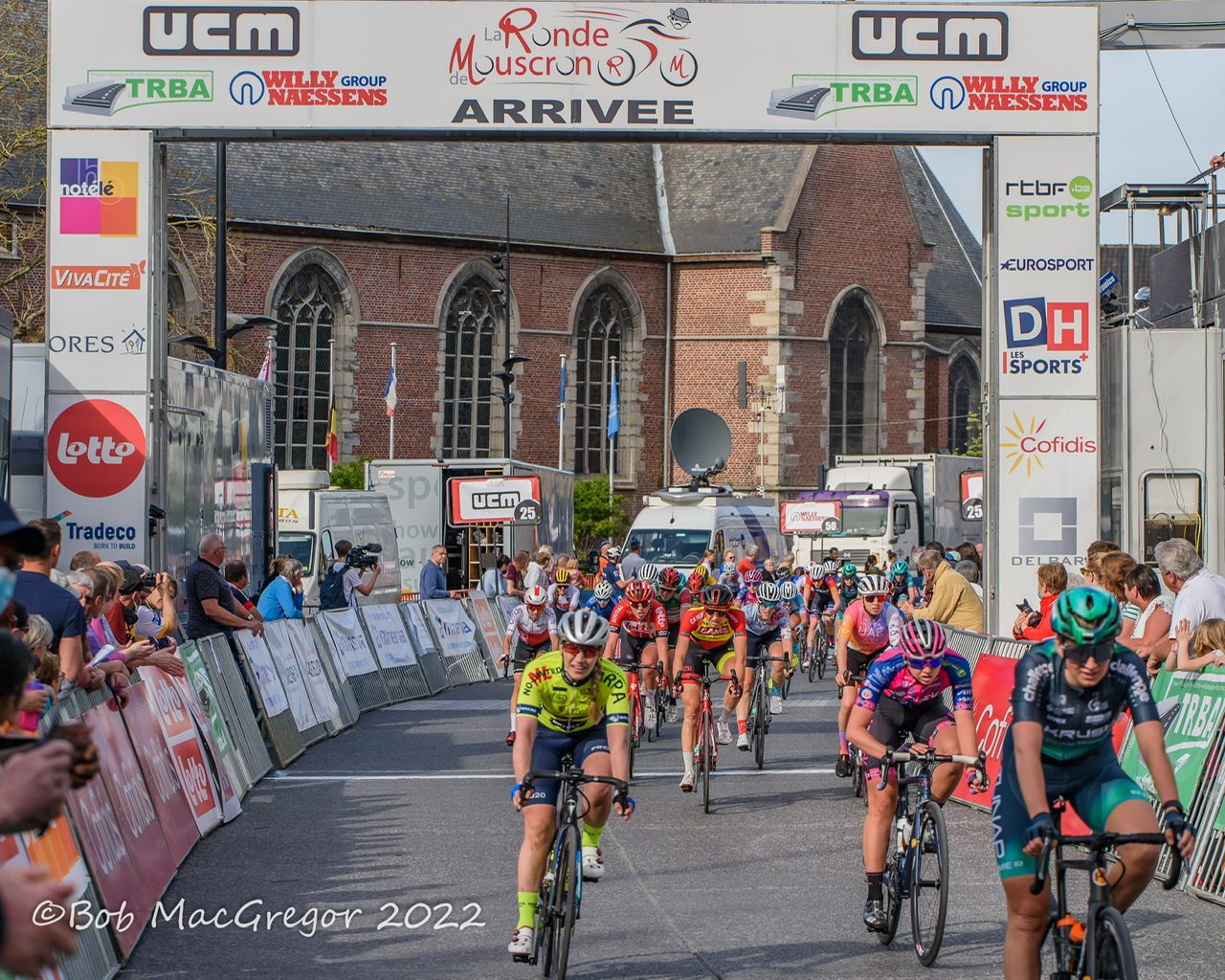 A larger group eventually consumed group two on the road with 55km to go, which brought Becky back into the mix. As coverage of the race flipped between the two main groups on the road, Shrosbree was constantly seen driving the pace on the front of her group, trying to close the gap.

With about 30km to go, it seemed like the group might finally be working well together as the gap tumbled from 2 minutes to just over a minute. But as the front group took the bell indicating one lap to go they picked up the pace again, and the race winner was set to come from amongst them in a sprint to the line.

Shrosbree, our top finisher in the race, commented, “Today was a better day for me after some bad luck in France yesterday. I really enjoyed the course and just pushing myself and the pace of the peloton along. I was gutted to miss the split due to being caught behind a crash, but that’s bike racing! Each UCI race we have done I am learning more and more. The team have done great this weekend collectively and I’m looking forward to the next race already!”