The differences between track cycling and criterium racing are distinct. On the track, you push a single fixed gear with no brakes while on the road there’s no end to your gear ratios, bottle cages, or brake pads.

What these two disciplines have in common is Emma White, who has conquered them both. The 2019 US Pro criterium champion is coming off of a bronze medal ride in the team pursuit at the Tokyo Olympics alongside teammate Lily WIlliams and she’s now preparing to rejoin Rally Cycling on the criterium circuit. 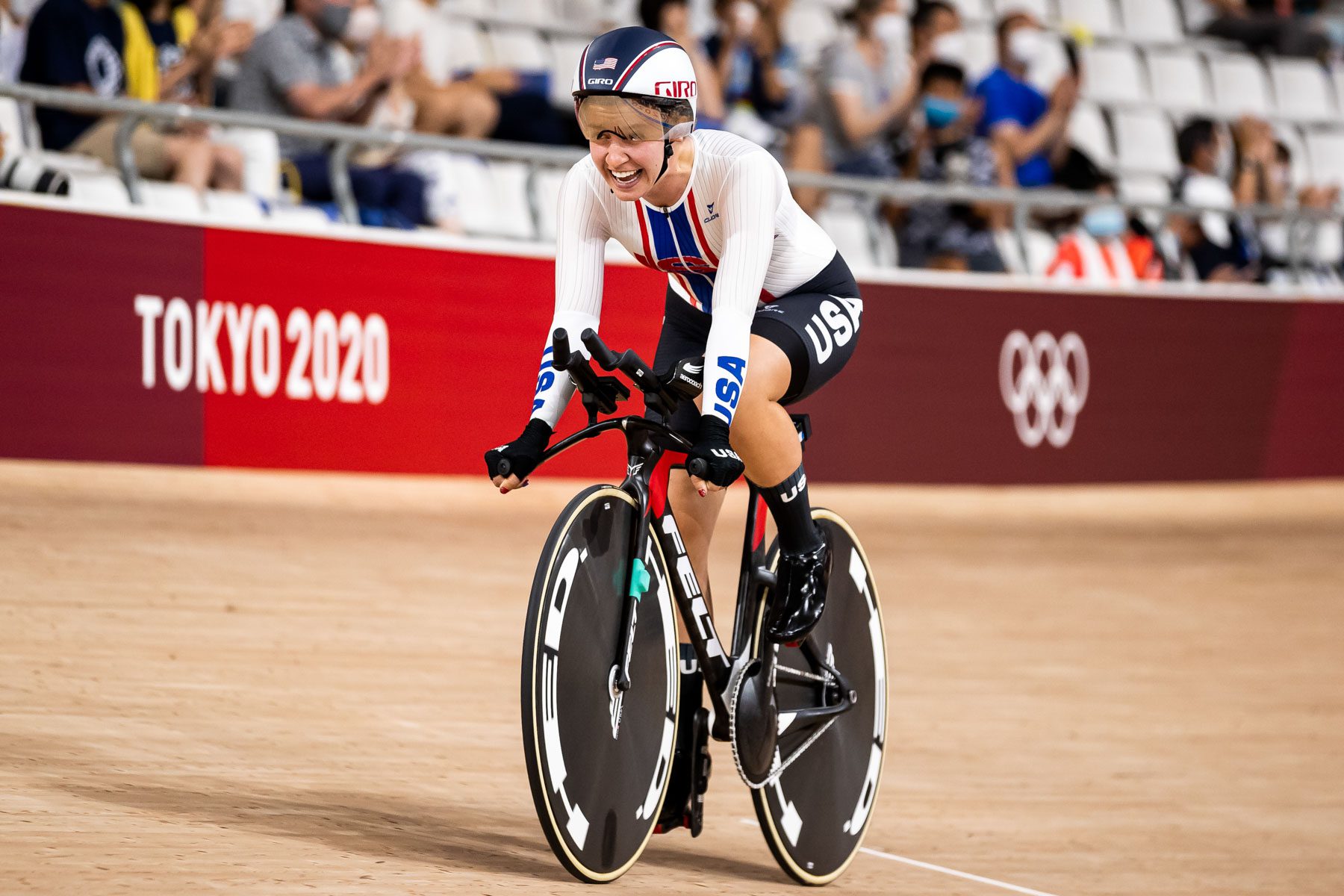 “I’ve taken a little bit of time for myself since coming back from Tokyo and now I’m ready to get back at it,” said White. “My last road race with the team was Nationals this year but my last criterium was over two years ago in Fitchburg. It’s crazy when I think about it.”

The women will tackle three-consecutive criteriums starting in Spartanburg, SC on August 20, followed by Athens Twilight on August 21, and finishing with Grant Park, which boasts a $20,000 prize purse for the women’s field, on August 22.

The team pursuit requires a complete, focused, and excruciating effort for just over four minutes at a time. The upcoming criteriums, however, will take between 45 and 70 minutes to complete. White may be “out of practice” but she’s eager to get out there.

“Crit days are always so much fun and three crit days in a row is even better,” said White. “Taking a bit of time off the bike to recover after the Olympics has definitely made me wonder what kind of racing shape I’ll be in, but I’m excited to give it my all.”

Live streaming will be available for free on USACrits.tv for Spartanburg at 6:40pm ET on Friday, August 20, and Athens Twilight at 7pm ET on Saturday, August 21. Grant Park will have coverage through CorsaCast at 5:45 pm ET.