Photographer Jojo Harper captured the first ride outside for four Trek-Segafredo riders residing in Girona, Spain after a country-wide quarantine was lifted Monday.

With the easing of restrictions of the Covid-19 pandemic in many countries, including Spain, photographer Jojo Harper jumped at the chance to get outside and once again shoot cycling.

Jojo followed Toms Skujins, Abi Van Twisk, Ryan Mullen, and Will Clarke as they ventured out for their first road ride since mid-March. The joys of experiencing sunshine, fresh air, and hills were apparent as the Trek-Segafredo riders enjoyed their freedom from quarantine.

Experience the first day out through the lens of Jojo Harper. 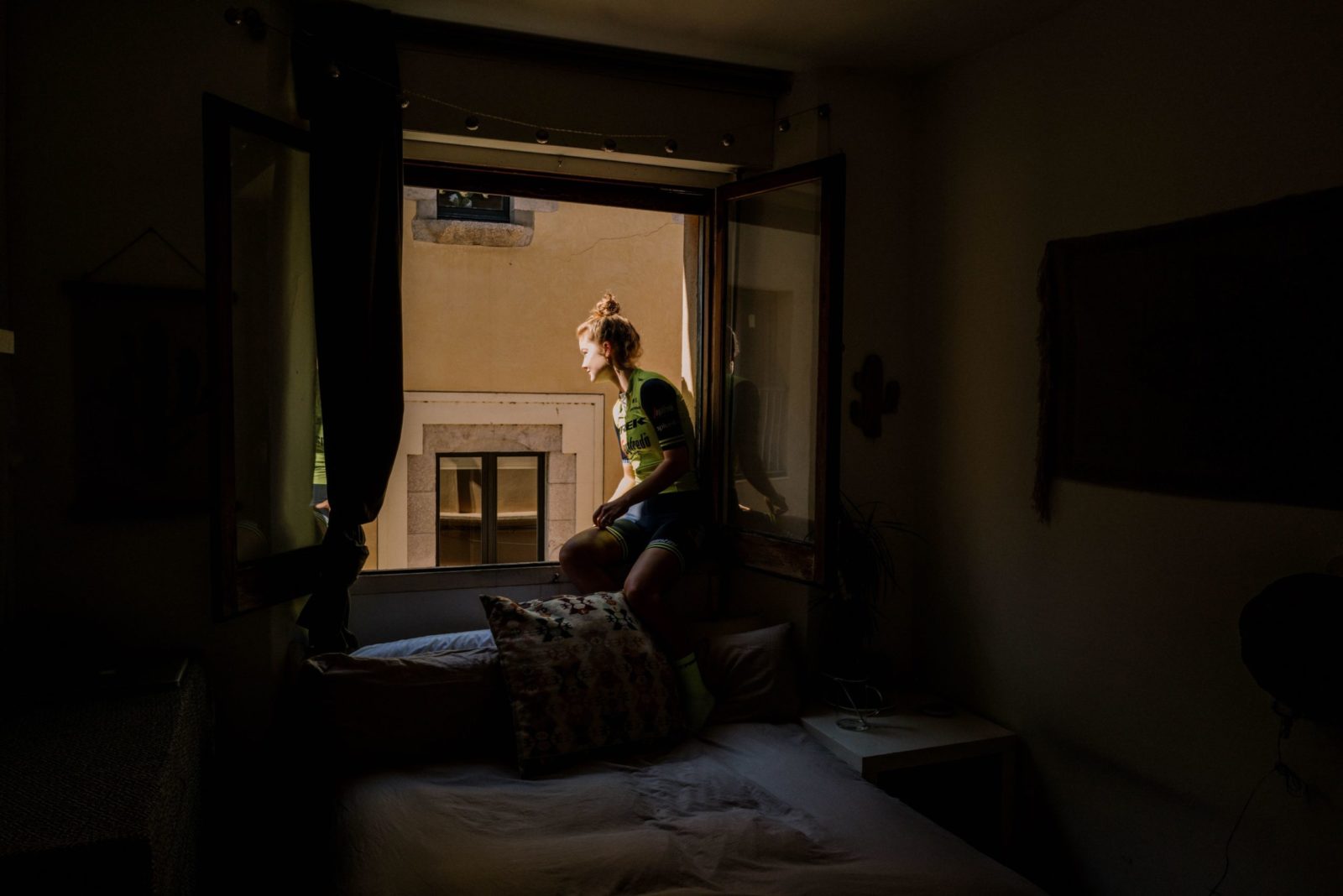 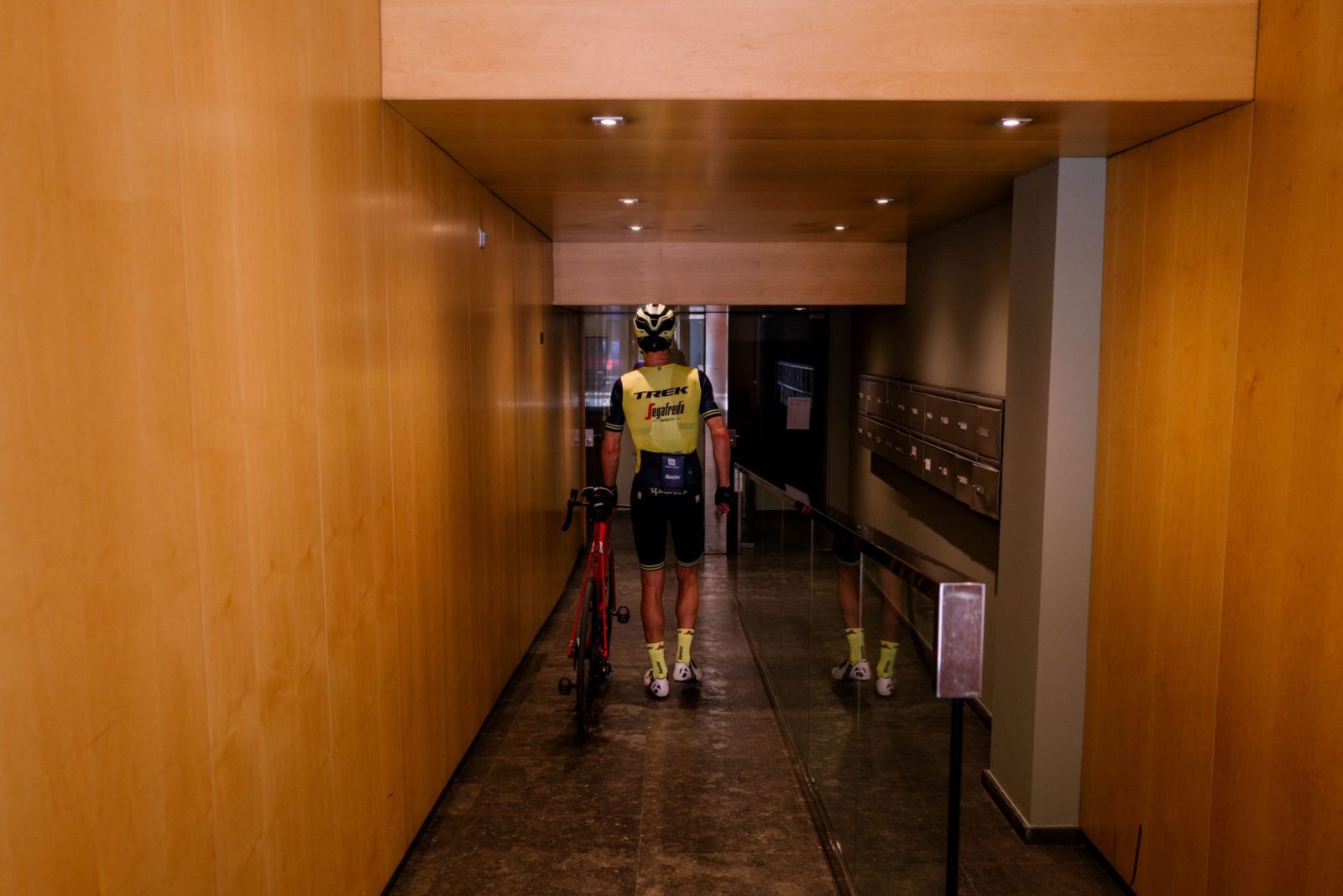 During lockdown, I found it very difficult. Much more difficult than expected. Clearly photography brings me a lot of joy and happiness, it’s a sort of therapy for me so I was very keen to return to work. Starting to shoot again today was amazing, it made me smile a lot and it’s made me look forward to hopefully a racing season at some point.

The atmosphere was great with the riders, you could see on their faces that each of them was so excited to be riding outside again. Spirits were high, the weather was stunning, and I was incredibly jealous. They were all having a great time riding off to the coast while I had to go back to my flat.
– Jojo Harper 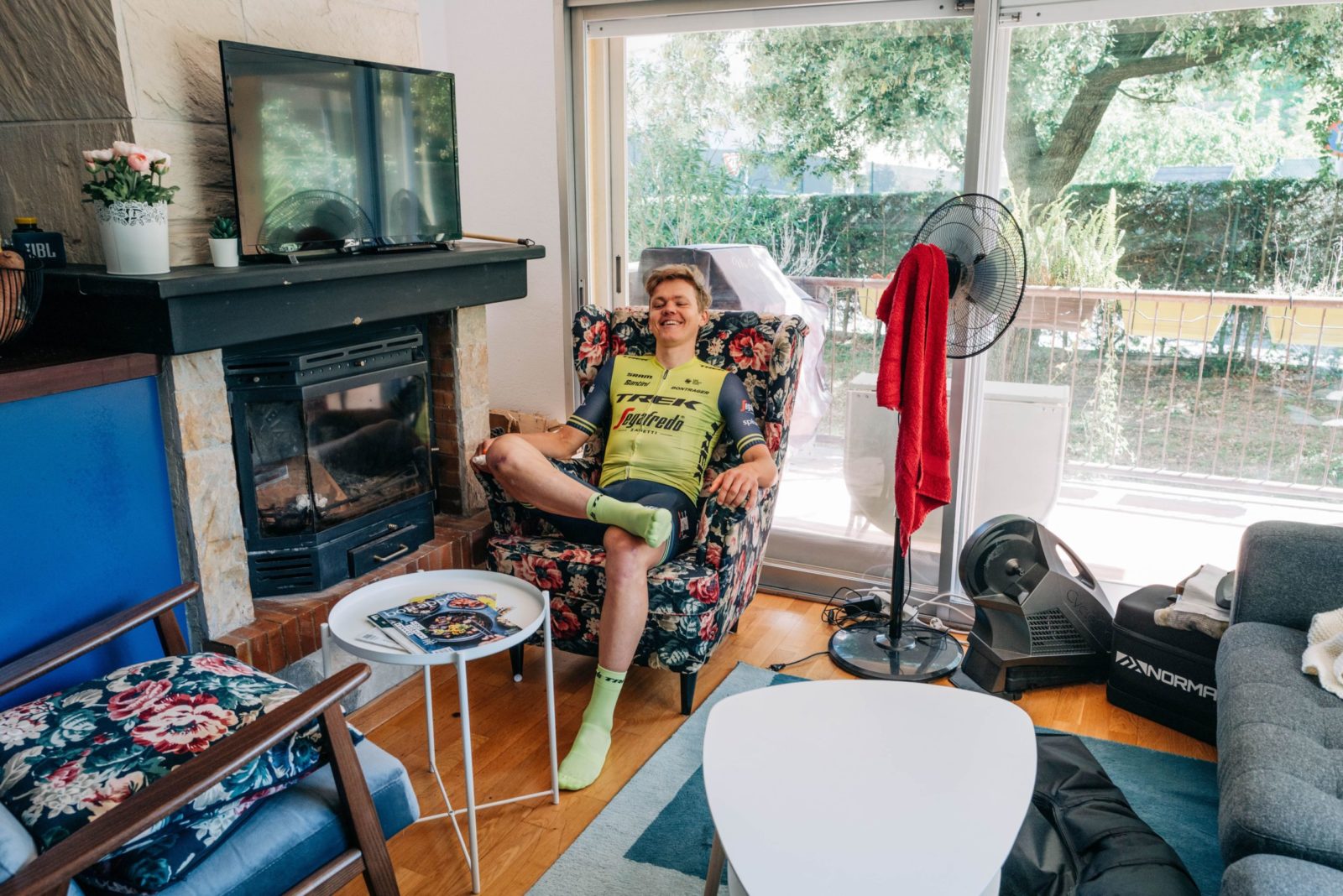 It’s been pretty much 50 days since lockdown started and obviously there have been lots of things that were difficult, not just having to ride indoors, and not just motivating yourself on the trainer, but also not being able to see friends, not being able to go to the grocery store at any time as we were told to limit shopping to once per week. I’m pretty stoked that there’s finally going to be a breeze on my face, not from a fan but from actual air.
– Toms Skujins 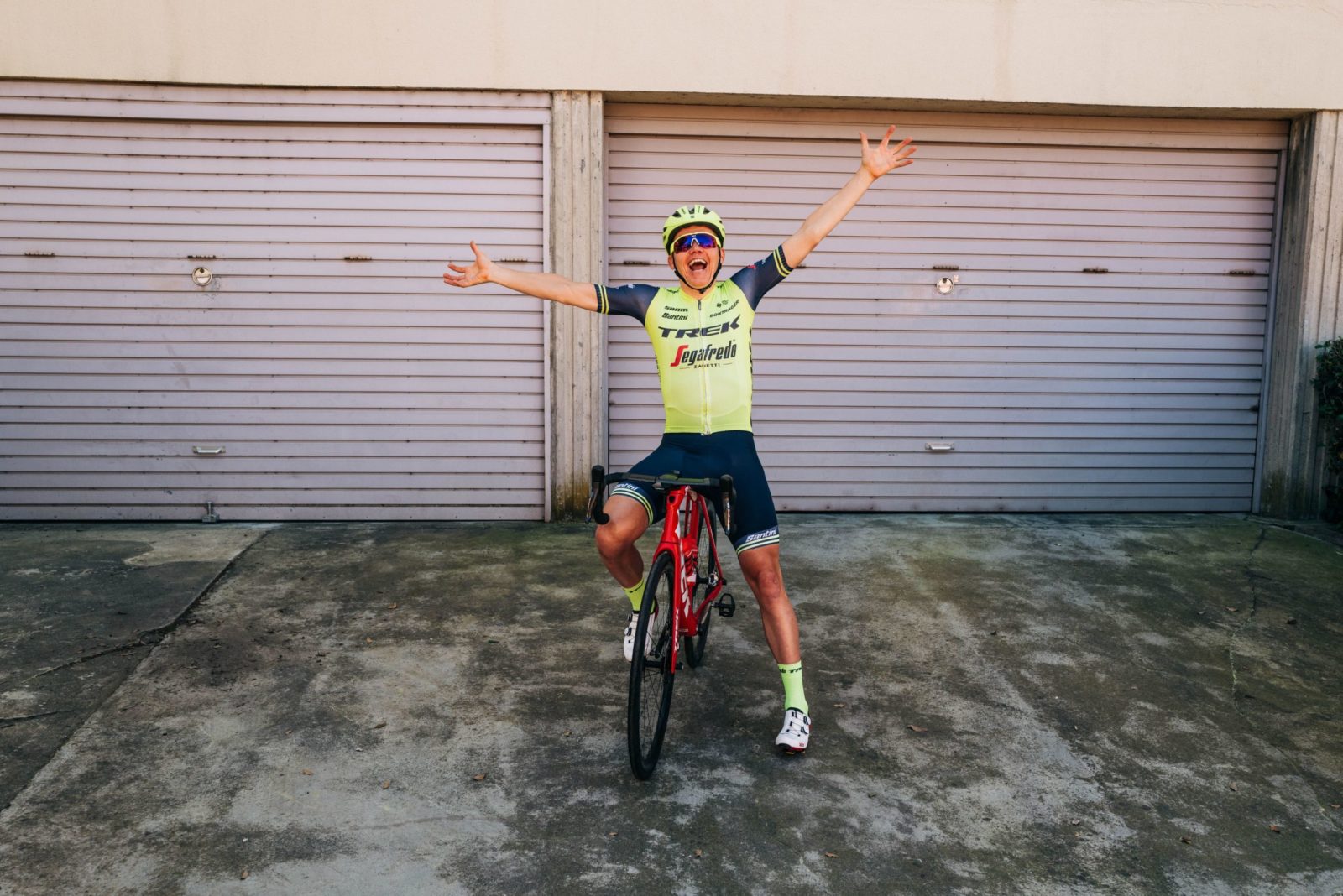 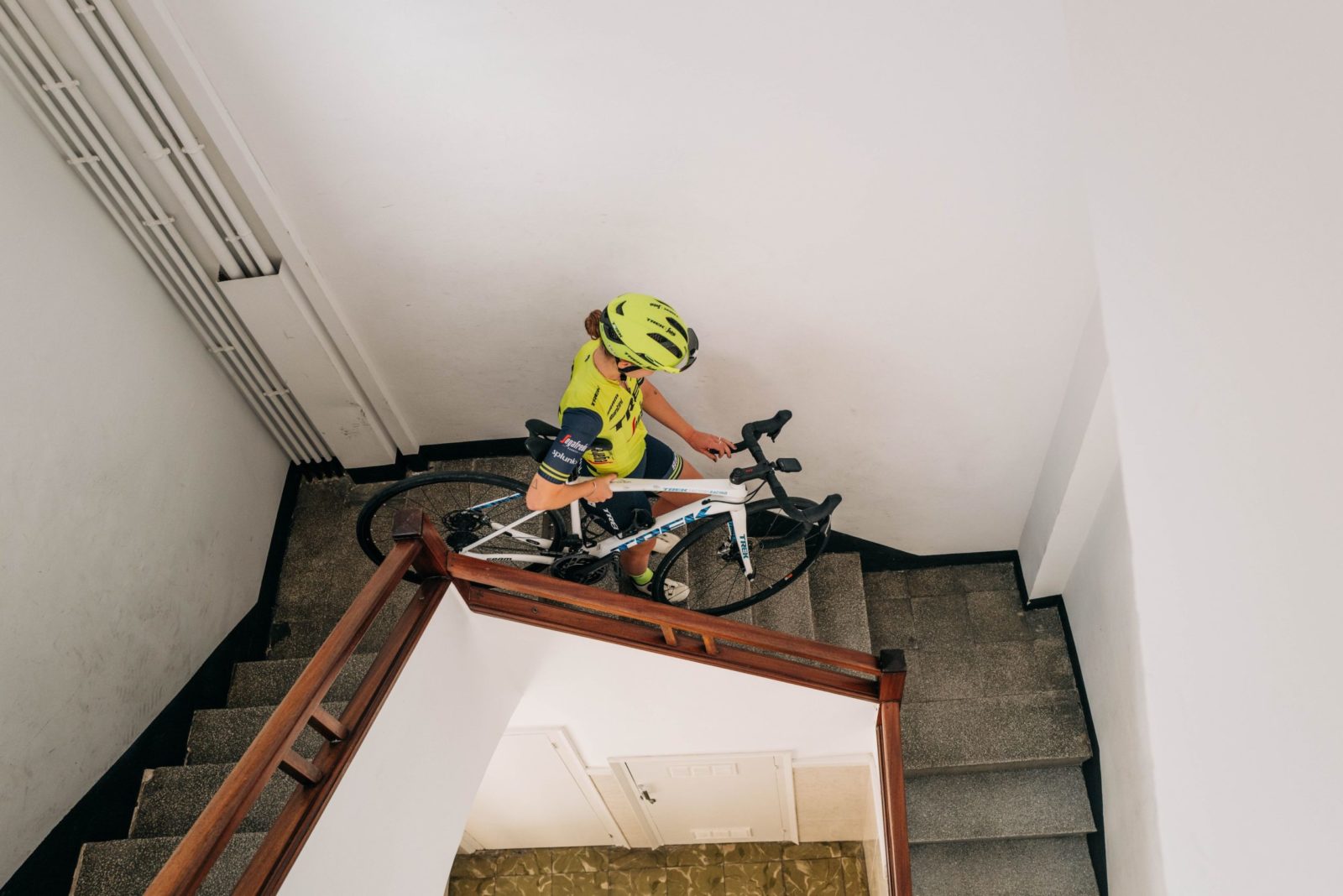 Being in lockdown was really hard because I love riding my bike and on the trainer it’s completely different. Even coming up half a climb outside feels amazing. I’m just so happy to feel the road under my bike again. I’m about to go to the coast which I am very excited about.
– Abi Van Twisk 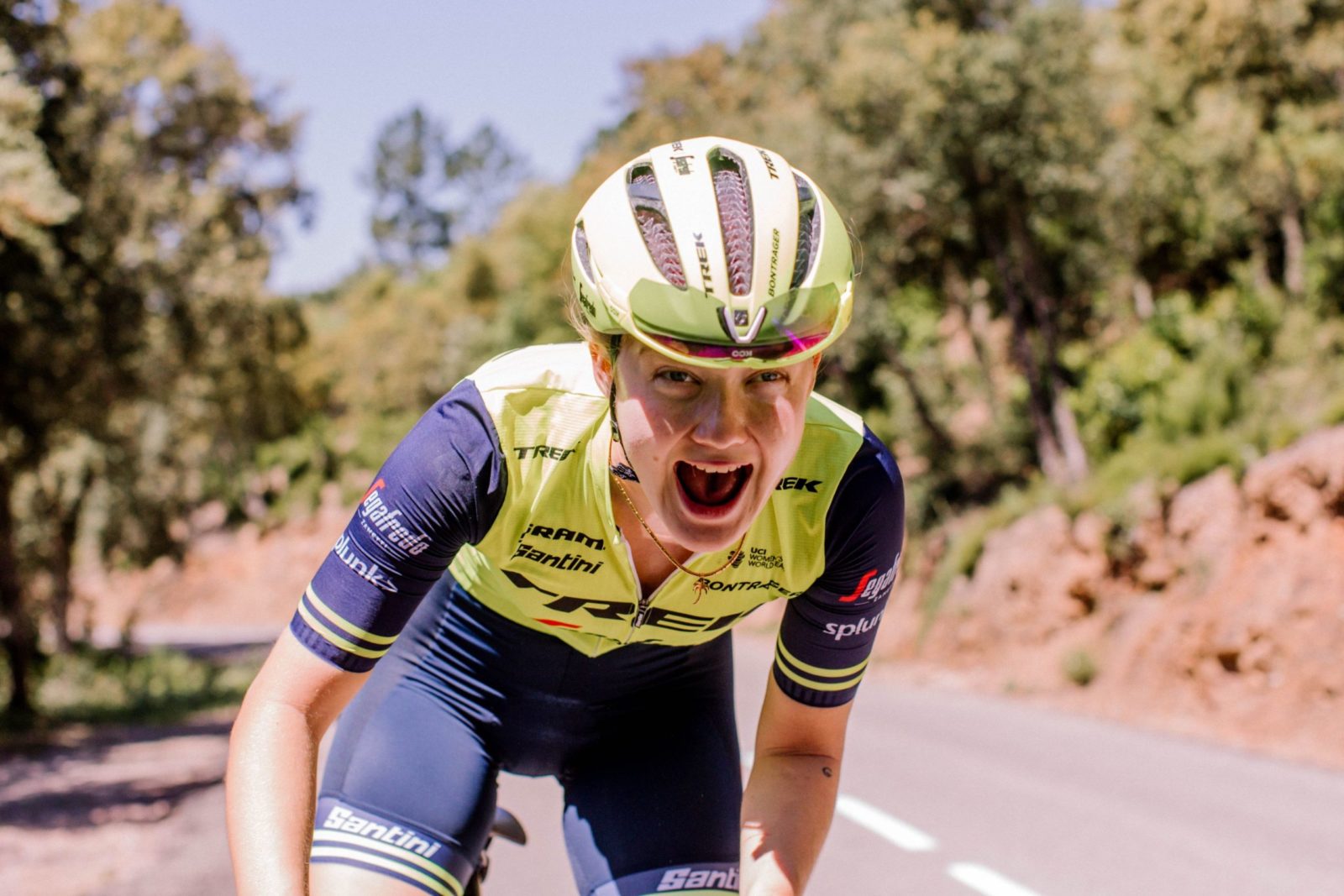 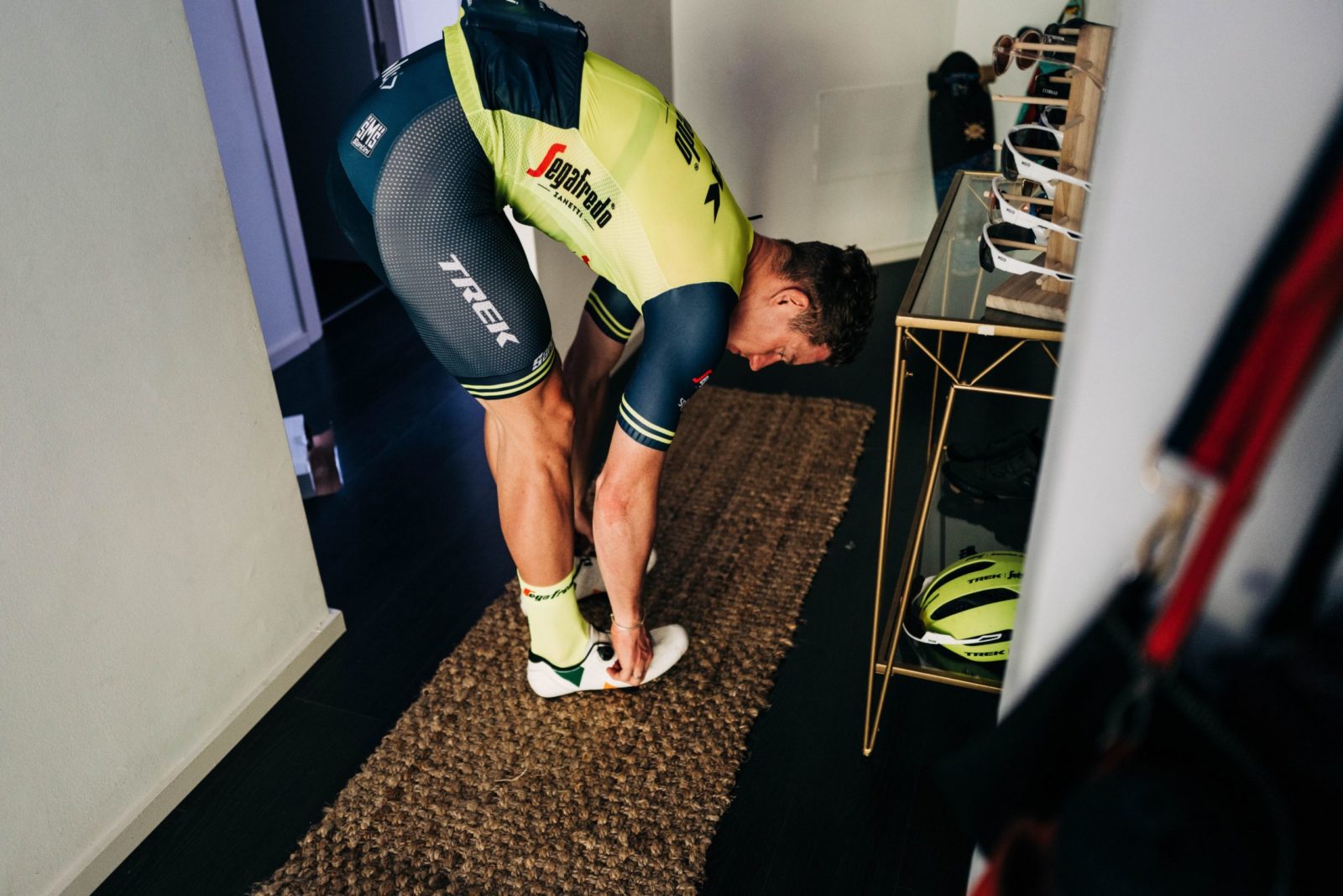 I’ve been looking forward to that first ride back for a long time. I had been thinking of a route since we found out that we would be able to ride, it’s one of my favorite routes that a lot of cyclists use. It’s about 2 hours long and goes out over the first climb out of Girona, Els Angels. I actually did this climb twice today to meet Jojo on the way. It was a pretty hilly first ride back, but it was great to be outside again, and in true Irish fashion I am completely sunburnt, despite using suncream. But it’s a good burn.
– Ryan Mullen 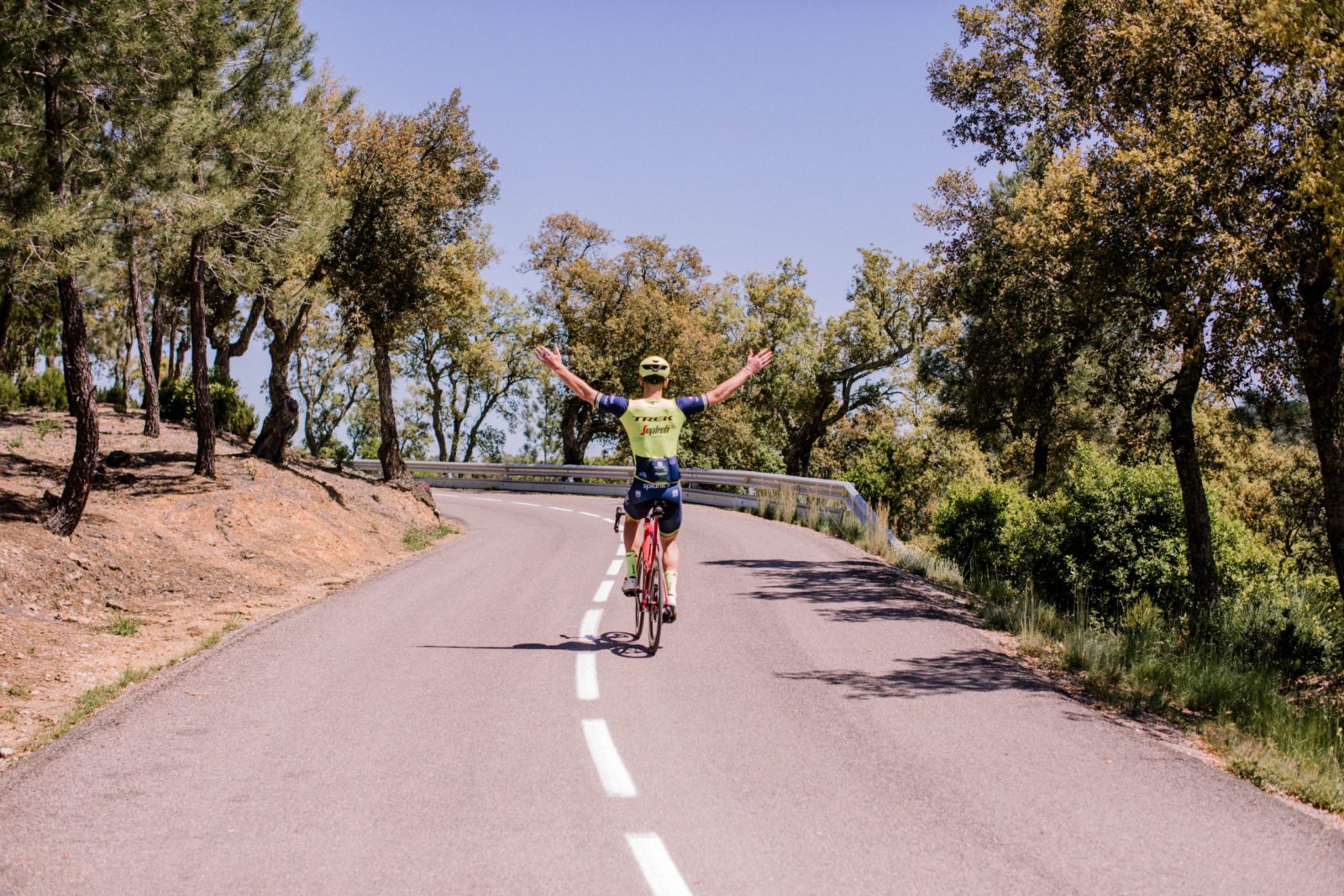 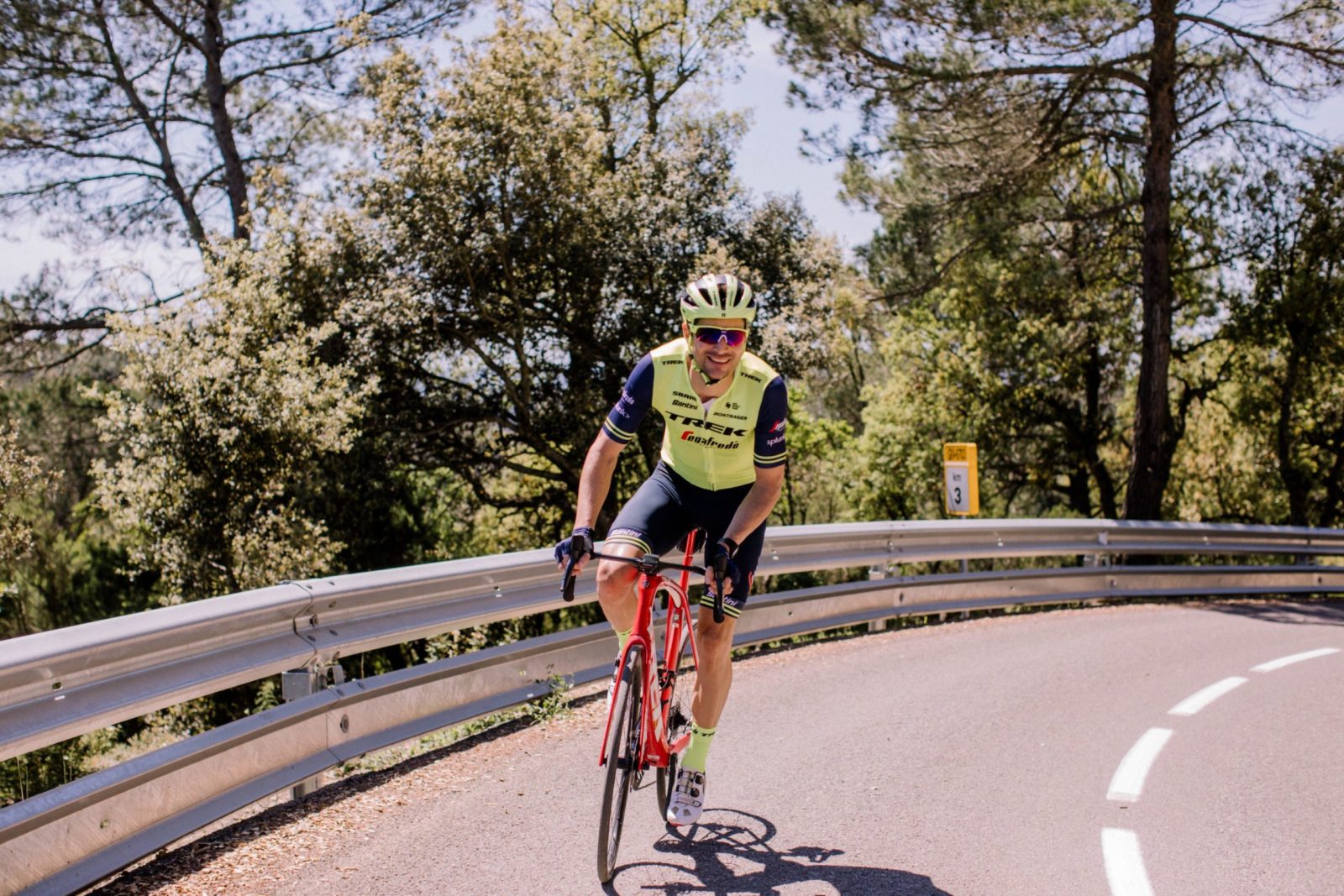 I guess it’s been a long 7 or 8 weeks now. I think the last time I was out on the bike was around 10th March, so I’m actually doing the same loop that I did back then. It’s nice to reacquaint myself with the roads and get some sunlight.
– Will Clarke 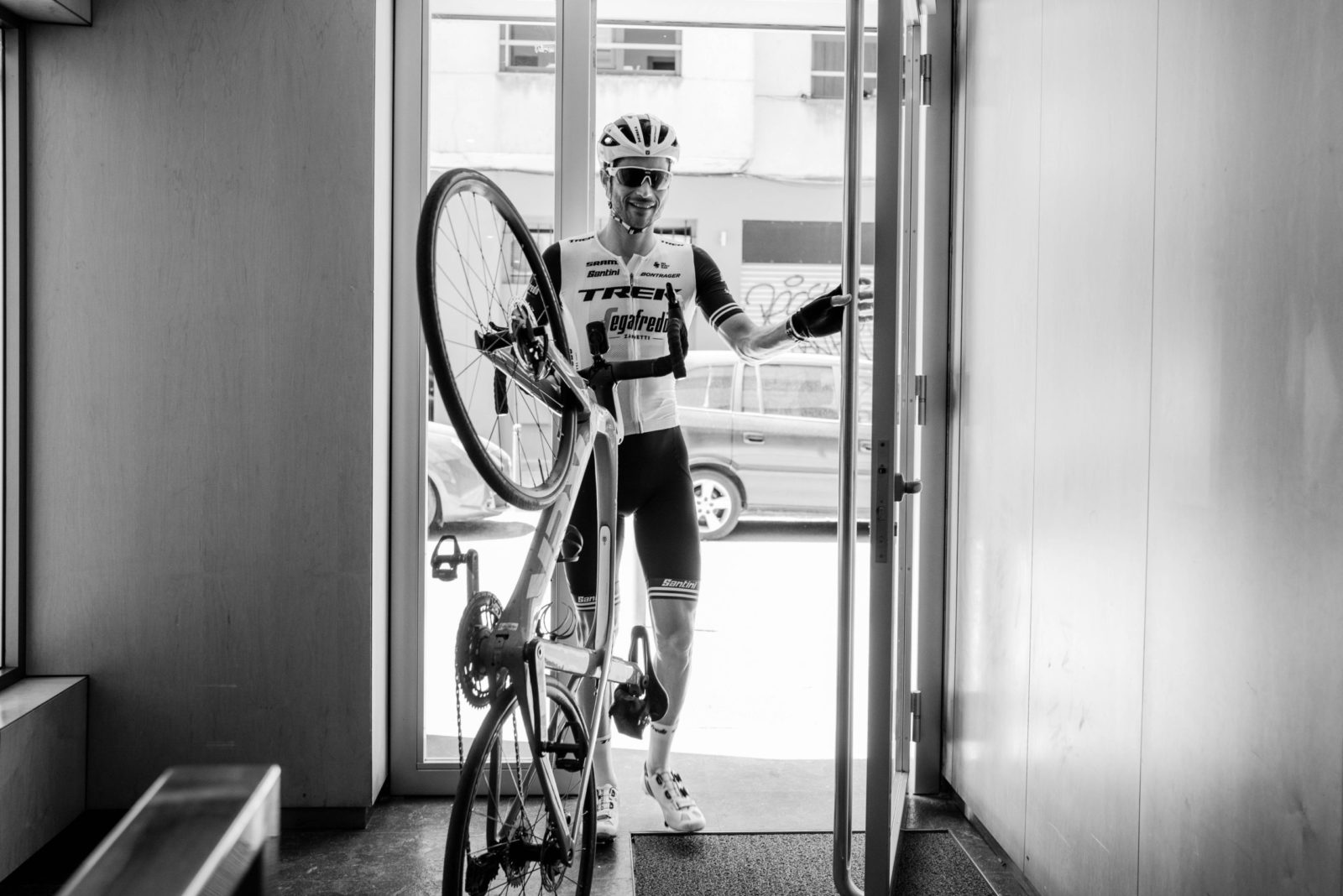 View the full gallery below.