Gran Trittico Lombardo and Milano-Torino next up for Mitchelton-SCOTT 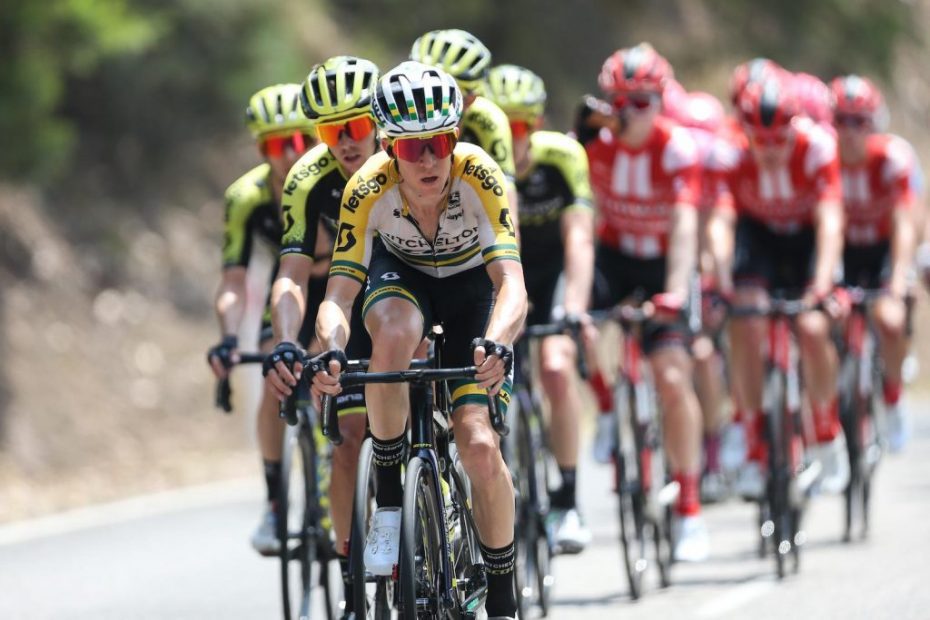 A punchy squad will head take on the first edition of the Gran Trittico Lombardo, as the likes of Australian champion Cameron Meyer and compatriot Nick Schultz return to racing. Kiwi pair Sam Bewley and Dion Smith are also in action alongside American Brent Bookwalter and climber Tsgabu Grmay.

A flat course at Milan-Torino will see Alex Edmondson continue his comeback to race action after the Vuelta a Burgos. 2020 signing Barnabas Peak will make his pro debut at the race, while veteran Michael Albasini adds his experience to a balanced team.

The Courses
The Gran Trittico Lombardo route comes in at 202.7km, with the race organisers combining roads from three one-day race to create a new event for 2020. The course is largely flat until the peloton hit the finishing circuit around the city of Varese where the bunch will tackle the 3.6km long Montello climb four times before crossing the finish line.

For 2020, Milano-Torino has reverted back to its original flat course, with the event now seen as an ideal preparation race for the following weeks Milan-San Remo. The peloton will start in Mesero and will reach the finish in Stupinigi 198 kilometres later, with no categorised climbs to speak of en route.

The Past
This will be the debut edition of the Gran Trittico Lombardo, while in contrast the 2020 running of Milano-Torino will be the 101st edition. The team have two podium finishes at Milano-Torino, with Adam Yates taking second place in 2017 before a third placed finish last season.

Nick Schultz:
“Training went reasonably well through the lockdown. It certainly made for a different period and I just tried to make the most of what it was. I find it hard to really gauge form after a very long period of training. I often find that training and race form are two different things, so I’m just really looking forward to getting back out there and seeing where things are at.”

“I’ve been itching to pin a number on for a long time now and ultimately, its why I ride a bike. There’ll certainly be some pre-race nerves, but that’s also something that adds to the beauty of racing.”

“I have raced a few of those Italian one-day races before and this new race will be using the same circuits used in Tre Vali. It’s a solid circuit which lends itself to aggressive riding. I think that within our team, we’ll be able to get amongst it. It will be an unknown for everybody, but the main thing is that we can get back out there and get the ball rolling.”

Cameron Meyer:
“I was lucky with my situation that I could train outside each day and training has been going well since returning to Europe. I have been enjoying getting the hours in around the mountains of Andorra.”

“I am very much looking forward to racing again and these Italian races are a perfect start. I can’t wait to be back with my teammates and staff, laughing with each other and talking all things that comes with racing.”

“These will be the first races back for many riders, I’m sure mistakes will be made as we all try to get back into the swing of fast bunch racing again, but these will be important tests to see where our levels are at before the big monuments start very soon.”

Gene Bates (Sports Director):
“Gran Trittico Lombardo is a new race for us, it’s a combination of three original races that they’ve rolled into one. It’s quite flat for a long time and then as we approach the finishing circuit in Varese you have the Piccolo Stelvio, which is the first critical point of the race, then once we get to the circuits it’s game on.”

“I think it’s a great team for this race, we don’t have one leader and we’ll be happy to back any of the guys if they’re on a good day. It’s the type of course that you really don’t want to get caught chasing, so we’ll look to be on the front foot and be aggressive.”

“As it turns out, Milan-Torino is a good preparation race for Milan-San Remo and we’ll have most of our guys do both races. It’s a good one for the sprinters, I can’t imagine it being any other finish come Torino and we’ll be looking to give Alex Edmondson a real crack at the finish.”