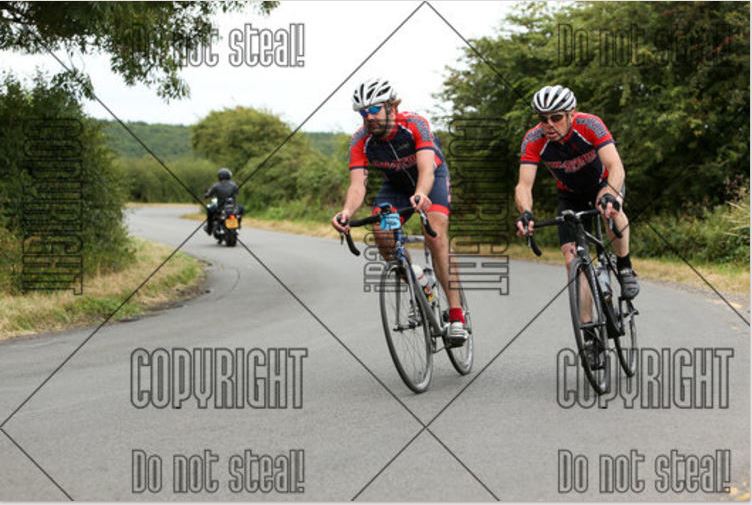 The Great Shakespeare Ride was the first sportive I ever did in my fledgling pre-lycra, pre-clippy shoes days. I remember it being very hard work with plenty of stops to recuperate and the last ten miles were a huge struggle. In the end I finished 108th out of 134 in 8 hours 10 minutes, whilst people I now regularly ride with finished in the top 10. I also did it in 2014, but chopped off the end to go home after 100 miles rather than do a 15 mile loop to the finish and back again.

The route itself is very hilly, so not something I’m naturally suited to as a heavier rider. Lots of early leg testers designed to tire you out are compounded by the finishing climbs of Sudeley, Saintbury and Larkstoke. In many ways the route was similar to the Liege-Bastogne-Liege Sportive I did in the Spring.

The Great Shakespeare Ride started with the Stratford Cycling Club leading the pack behind a car providing a neutralised start, designed to get everyone off the busy main road and through the small lanes safely before depositing everyone in Wellesbourne. What happens once the car pulls over is someone takes up the pace and a whole long string of people follow waiting for the dual kick of Spring and Frizz Hills leaving Wellesbourne – once on the hills, it ends up as free for all as the once cohesive pack turns into smaller groups. I ended up in quite an elite group, happy to let the guys from the Cycle Studio team do the work as they were only doing the 100km route. We followed the wheels and the next ten miles flew past on a pretty much flat part of the route.

I lost touch with the group on the designated timed hill-climb of Lady Elizabeth hill leaving Middle Tysoe, despite taking half a minute off my previous personal best, I was still a minute slower than the mountain goats that I was with. I ended up isolated, with my previous group out of sight and no-one behind appearing to catch me up either, as it was I spent nearly ten miles on my own holding off the hundreds of cyclists behind me before getting caught up by a couple of randoms and Mark, a familiar face from the Stratford club. I sort of rode the rest of the way with Mark, with a few mishaps and unplanned stoppages along the route. 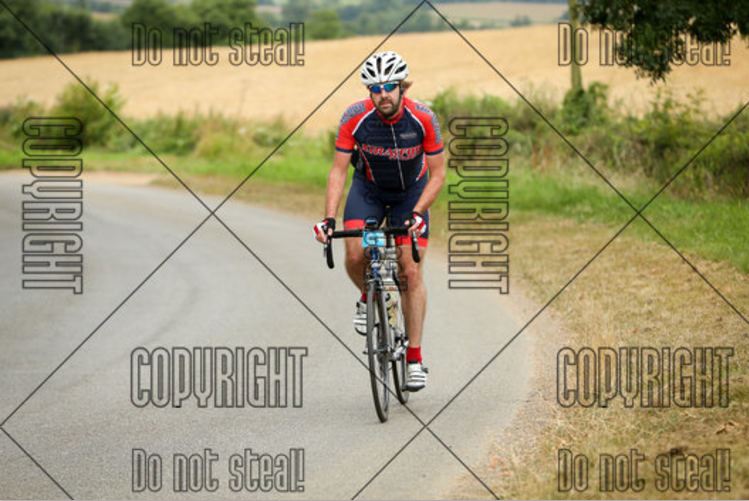 Our small group might light work of the easier mid-section of the sportive, which was flat after the rolling hills before it and a nice rest before the climbing began again. The section around Guiting Power is a series of 3 or 4 short drags followed by a long 3 mile drag and really eats into the leg strength, it didn’t help that I lost touch with the group as my Garmin came out of its holder on landing as I jumped the bike over a pot hole on a descent. Despite my best efforts to come to a stop, turn around, locate and pick up the Garmin, the group had disappeared and were gone. Again I was on my own cresting the top of the hill before zipping across the valley to the other side and gently climbing up to Belas Knap. The descent has a nasty 90 degree right-hander but this one was in my mind’s directory of local knowledge so I took it sensibly. A club mate managed to break his collar bone going down the straighter parts of the same descent a year or two previously so I made sure to give it some respect. At the bottom is the village of Winchcombe.

The second half of the Great Shakespeare Ride

The first feed station is in Winchcombe and I fully intended to stop there but somehow managed to completely miss it and had to tackle the steep Sudeley climb with no break. It’s one I really struggle with, the gradient kicks up to 20-22% gradually so you end up really grinding away, barely moving at that point. It didn’t help that my gearing wasn’t too suited to the climb, riding in 52-25 meant lots of zig-zagging to get up (bike tech geekery now over). The upside to missing the feed station is that I was caught shortly afterwards by Mark, I’d managed to undercut him as he stopped and had pressed on. We joined ourselves to a group and ended up blasting down the Stanway descent, a favourite of mine, that was used in a Tour of Britain stage in 2014. The close to two miles long road has lots of gently angled corners that allow you to fly down without having to touch the brakes and make fun controlled swoops.

We followed them to Snowshill (also used on the Tour of Britain 2014) where it all broke up again. Now reduced to steady pace on the climbs, it was a case of powering through the pain and reaching the top somewhat together. The small gentle climbs up to Lavender Fields continued to suck the energy from the legs but a tractor provided some entertainment, waiting behind it at a junction, I ended up drafting behind it up a hill for half a mile and now get to claim 4th place out of over 5000 on that Strava segment. The best part was overtaking other cyclists with the tractor and speeding past whilst using almost no effort.

Struggling together up the final rise before the finish. Still plugging away…

We took in Broadway Tower before beginning the descent to Chipping Campden, I had to refill my water bottles in the final Great Shakespeare Ride feed stop in Ebrington, losing touch with Mark as I attacked beforehand to try and create a bit of a gap – halfway up Larkstoke I found him again though. We crawled up it together and kept each other going as first I hit the wall followed by Mark as we both passed close to home and the temptation to turn off and finish kicked in. The final drag back up out of Hampton Lucy nearly finished us off but we got a good photo out of it.

We finished the Great Shakespeare Ride 19th and 20th out of 144 riders and just snuck under 6 Hours with my time of 5 hours, 59 minutes and 31 minutes. The ride finished with a well earned beer.