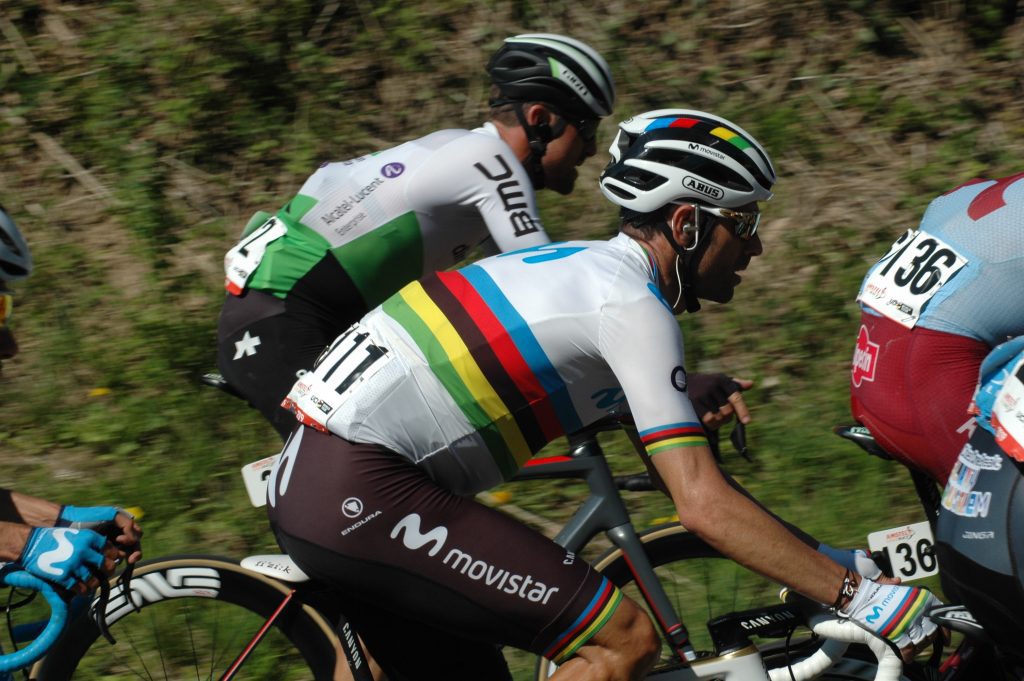 Valverde will turn 40 towards the end of the 2019 Spring Classics and whilst a great rider is also a controversial one. It’s probably easiest to think of his career in two parts, before the ban and after the ban.

Valverde announced himself with 3rd place at the 2003 Vuelta a Espana and followed it up with 4th place the following year. 2005 saw
him move to one of the incarnations of the current Movistar team. 2006 saw Valverde make his mark on the Spring Classics for the first time, managing the Ardennes double.

He won Liège Bastogne Liège again in 2008 and the Vuelta a Espana in 2009. However,he was then connected to the Fuentes doping case and eventually was banned from 2010-2012. Since the ban, he’s almost been stronger,
despite being deep into his 30s for most of that time.

He won Flèche Wallonne 4 times in a row between 2014-17. He’s also won Liège Bastogne Liège twice more in 2015 and 2017 to become a 4-time monument winner. Valverde became the World Champion in
2018, confirming his place as one of the greatest all-rounder cyclists.

Valverde won in 2008 ahead of rivals Davide Rebellin and Frank Schleck. Valverde had attacked with teammate Joaqium Rodriguez on the penultimate climb of Roche aux Faucons. Rebellin and the two Schleck
brothers also joined with 18km left of the 261km long race.

Rodriguez fell back to the chasing group with 10km to go, already 43 seconds behind Valverde in the front group. Andy Schleck
then attacked and got a gap. Valverde and Rebellin worked to bring him back, with Frank sat on their wheels.

Andy Schleck was caught on the Saint-Nicolas climb and instantly dropped. Frank Schleck then tried to create a gap but was unable to drop his rivals. Davide Rebellin drove the trio up the finish to Ans but Valverde was able to
hold on to the final corner and out-sprint them both with 200m to go and take the win.