Howson wins final stage and the overall at the Czech Tour 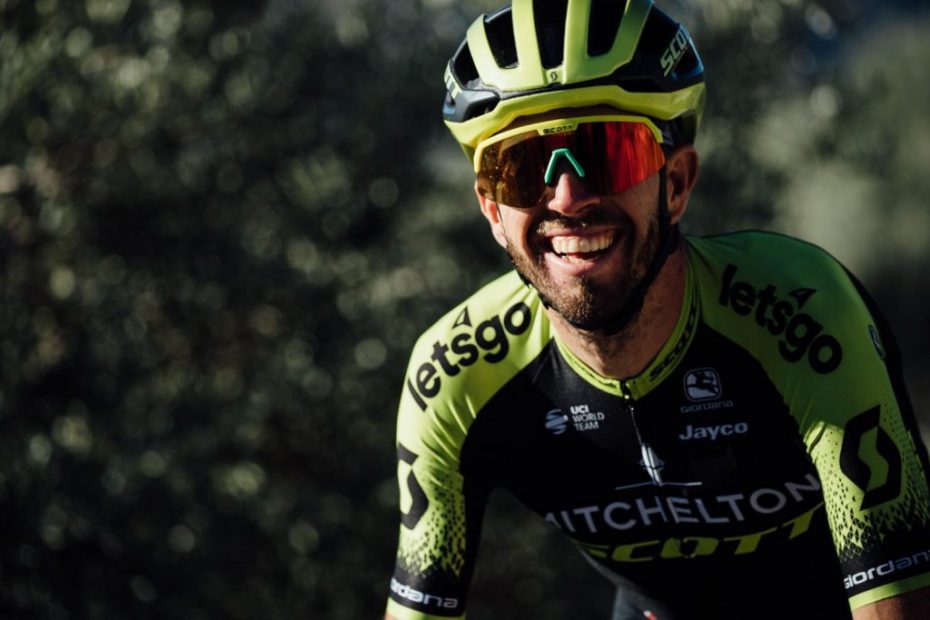 Australian Damien Howson clenched the overall victory at the Czech Tour with a stunning win, his first in Europe as a professional, on the final stage of the race.

The 27-year-old attacked on the final lap of a brutal day of racing and took the win in a two-way sprint for the line, securing back-to-back victories at the race for Mitchelton-SCOTT.

Fast and Frantic
It was a fast and frantic start to the stage with several riders fighting to get into the day’s breakaway. Eventually five riders pulled clear, but their time out front was short-lived as the race exploded on the first of the categorised climbs.

A counter-attack in the peloton saw 15-riders edge away, and the increase in pace marked the end for race leader Kaden Groves, who was distanced. The move left just 30 riders at the head of the race as they swept past the early breakaway.

The stage briefly settled down before the next climb and the front group doubled in size as riders tagged back on. The lull in the bunch allowed three riders to launch a second breakaway attempt, with the trio opening up a gap of 2’50” as they passed over the Lyra climb at the halfway point.

Taking Control
With the escapees posing a threat to the general classification Jack Bauer and Michael Hepburn assisted in the chase, and the gap was down to below one minute by the time the pack reached the finishing circuit.

Team Sunweb were keen to animate the race and made several moves on the lumpy circuit in Šternberk, but nothing stuck over the course of the opening lap. The attacks did see the remains of the breakaway reeled back in and it was all set for a last lap showdown.

Despite only having to finish in the lead group to secure the overall, Howson jumped away with one other rider over the climb on the final lap. Nobody else was able to follow and the stage came down to a two-up sprint for victory, with Howson coming out on top.

Damien Howson:
“It was a hard day, I had to be attentive and respond to any moves throughout the stage that looked dangerous, because the guys had put in a massive amount of work over the last couple of days and we needed to keep ourselves on the front foot. So, I think I did that pretty well and remained calm.

“For the last half of the stage we had Jack and Michael there to help me, they did a tremendous ride and kept me calm. I said to them as long as they can get me into the last climb, they’d done more than enough, and I was confident to at least seal the GC at that point.

“I just had to match anyone on the climb on the last lap. When the Uno-X guy rode a super hard tempo there was only us two left and then it was a matter of playing my move right into the final to get my hands in the air.

“It’s awesome, it’s been a long time coming, I guess. I put some hard work in in the last couple of months and it’s nice to see that pay off. I can’t reiterate enough, the guys here, kicking it off with the team time trial and the way they’ve ridden the last couple of days, it’s truly amazing to sit behind these guys and see what they’re able to do. It was my way of repaying them with the stage win and the GC.”

Dave McPartland (Sports Director):
“Alpecin-Fenix put the hammer down at the bottom of the first climb, which was the biggest climb of the day, and that really ramped up the tempo and broke the race into five or six different groups. At one point we only had Damo in the front group of about 15 guys and we were on the back foot for a while.

“Damo only really had to cover on the climb on the last lap, and he was all over it, he was the best bike rider there.

“This was the goal at the start of the week, we had lofty goals with the GC and stages, and we ticked both boxes there. We had it taken to us a bit more than last year, there was a lot deeper field than last year, but we came away with two wins and the overall.”