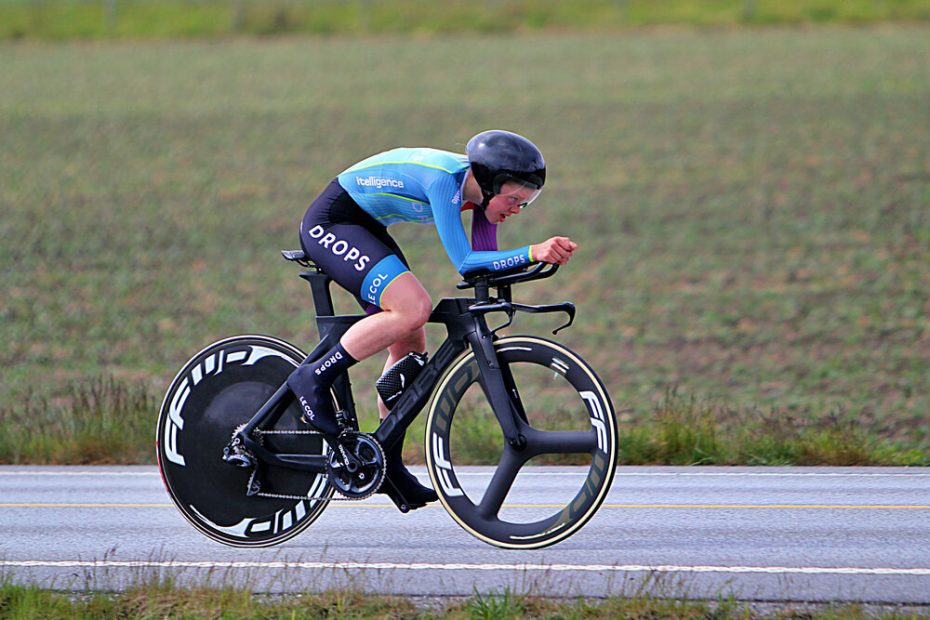 With many countries across Europe finally restarting sporting events after more than three months of lockdown, our eyes are focused on those that once again welcome cycle racing back onto their home roads.

We have riders based in six counties across Europe and although there are still restrictions when it comes to the number of contestants and spectators, Norway is leading the way with the organisation of individual time trials; races that are almost perfect events to arrange within the regulations currently set by many authorities.

Last weekend saw our young Norwegian rider, Elise Olsen, participating in the ‘AKTIV BEMANNING TEMPO’ an individual time trial organised just outside the city of Kongsvinger. This was the first major cycling event after the lockdown in Norway and also Elise’s very first race as a senior after the late cancellation of Drentse Acht van Westerveld in March.

“It was really nice to finally pin numbers on the back of my cool Drops skinsuit for the very first time.” commented Elise.

Riders were isolated on the start line due to the new infection control regulations and the post-race podium ceremony was also cancelled. With no following team cars allowed, Elise was alone against the 19.6km mainly flat course with a headwind to the halfway point of the race.

“I’ve had a good period of training during the lockdown and I was hoping for a good time and high result in my first race of the season. However, being the overall winner of the race exceeded all my expectations!” said Elise.

With no coaching during the race, Elise pushed herself all the way to the finish line and took the overall victory by just two seconds from Monica Storhaug.

“I was really happy with the win and happy to race again, but above everything, I’m really looking forward to the day when I can rejoin my teammates and race together as a team.” Elise concluded.

A wish that we all share and look forward to coming true in August.