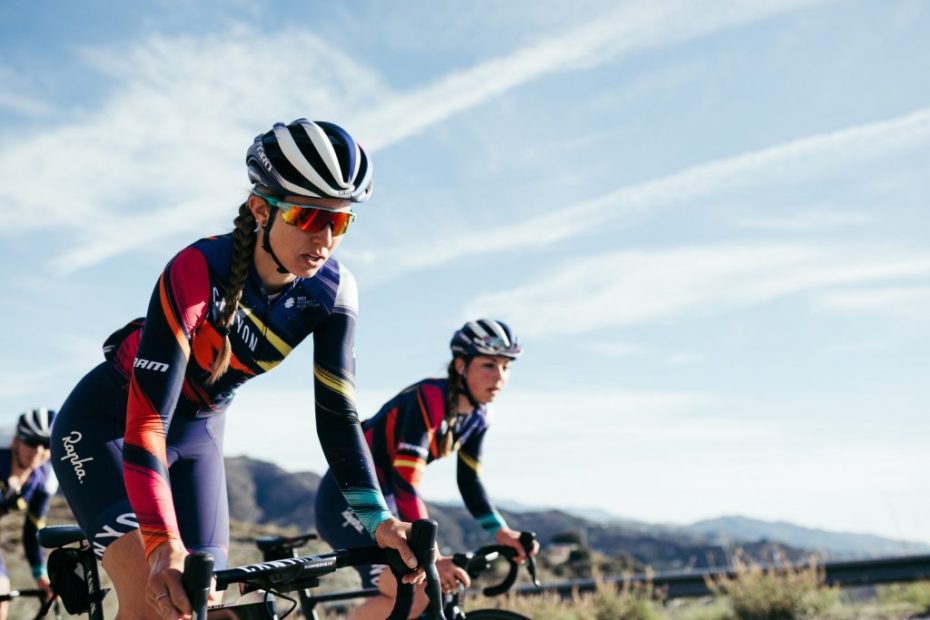 Guess who is back racing with the team?!

After winning the 2019 CANYON//SRAM Zwift Academy, Jess Pratt earned herself a one year contract with our team. Just ten days later Pratt was flying the colours of our Women’s WorldTeam at the Australian national championships, finishing eleventh in the women’s road race.

The fast start didn’t stop there. Jess went on to a top ten in the general classification at the Santos Women’s Tour Down Under, quickly followed by her Women’s WorldTour debut at Cadel Evans Great Ocean Road Race. All this, within the first month of her new contract.

The Australian youngster’s plans in March to continue the rest of her season in Europe and move to Girona in Spain were quickly put on hold, for no less than five months. Now, Jess is ready to return to racing with her team, and will take to the start line at La Perigord on Saturday 15 August.

“In a way it feels like day one, but in so many ways it doesn’t,” explained Jess.

“The racing in January was familiar, it was on home soil. I feel grateful that I got to race with the team so early. I was able to learn an incredible amount in a short time. Unfortunately, crazy things have happened since then, and the world is now very different. It’s already August and I am now racing in Europe for the first time with the team. I’m still very excited to build on the experiences of earlier in the year.”

Jess continued, “The last two months have given me a great opportunity to produce some solid training. Like everyone, I have really missed racing, however looking at the positives, I have been able to stay healthy and put in some consistent hard work. Prior to flying to Europe last week, I was able to compete in two local club races back home. My performances were positive, and I think these put me in a great place for Saturday’s race.”

Jess will be joined by teammates Alice and Hannah Barnes, Tanja Erath, Lisa Klein and Christa Riffel for the 100km race from Cornille to Boulazac in southwestern France.

“Going into La Perigord I am expecting a solid race. The course is not incredibly hilly, but it’s certainly not flat. I am expecting the heat to play a role too. Personally, I am looking to continue to build on the racing in January, learn from my teammates and hopefully put down a good performance,” said Jess.