Rally Cycling is back to racing in Europe in a big way. Following the men’s success at the Tour de Savoie Mont Blanc, the ladies take center stage for their season restart at La Course by Le Tour de France.

The event is set for August 29 as the entire Women’s WorldTour peloton will arrive in Nice, France. The two-lap circuit will cover a total 96 km and two passages of the Côte de Rimiez climb before a possible reduced sprint finish along the Promenade des Anglais. 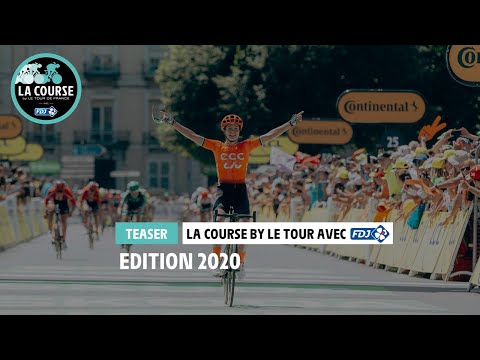 Hosking was the first to return to Europe and immediately went for a ride on the course around Nice. Originally thought to favor sprinters when the route was released, the Australian preached caution ahead of the race.

“It’s definitely not a straight-up sprinter’s course,” said Hosking. “We’ve seen some of the hill climbers are in fantastic shape right now so we’ll see how things play out. I’ll tell you this, if I get a sniff of the finish line, I’d love to open up my sprint after such a long break from racing.”

After going over five months without racing, Hosking was not immune to the self-doubt that was floating around the peloton.

“There were definitely moments where I was thinking, ‘I’m never going to get back into the shape I was in during March’ but somehow I managed to scrap it all together,” said Hosking. “I’m really proud of how I managed this huge break from racing and the return to race fitness. I don’t think I’ve ever had, since I was 18, five months off!”

The team was riding high following an early-season that included multiple wins in Australia and an impressive eighth-place finish at the Classic Omloop Het Nieuwsblad.

“I’m really eager to get back to where we left off with Nieuwsblad,” said Hosking. “There were so many promising signs in the early season that now we just need to try and get back there. I’m excited to get back into the team environment and race with the girls again.”

Should the course around Nice prove too difficult for Hosking, the team will have plenty of climbing talent to lean on via 2017 Colorado Classic champion Poidevin as well as Doebel-Hickok who had a string of top-ten results in 2019 including the Tour of California and Tour of the Gila. White, Ganzar, and Franz are all strong finishers who can handle varied terrain.

The race will be broadcast all over the world. In the United States, you can catch all of the action starting at 3 am CDT on NBC Sports Gold. If that’s a little too early have no fear, the full race will be available for replay later in the day. See the list below for the rest of the globe. For up to the minute news on La Course, be sure to check out Rally Cycling on Twitter.