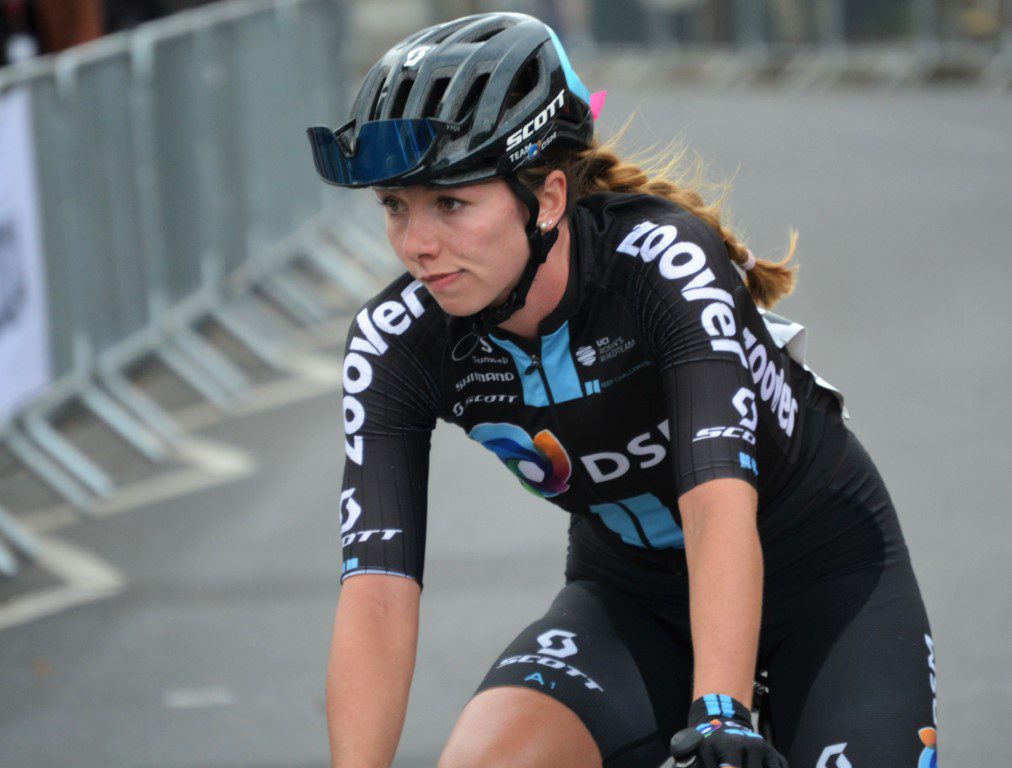 The German road race champion Liane Lippert has been announced as a Movistar rider from 2023. She will leave Team DSM after 6 seasons on the Dutch team to join the growing Movistar team as they plan for the future without their star rider Annemiek van Vleuten.

“From the outside, Movistar looks like one big family, and that’s a big reason why I’m so looking forward to this. I am very excited to be playing for this team in the coming years.

I think it’s a great environment to get even better. The team wants to help me with that, so that I can take the next step physically. I am already racing at a high level, but I want to learn even more from the more experienced riders in the team. I hope we can win many games together.”

For Movistar, they see Lippert as futureproofing the retirement of Annemiek van Vleuten at the end of next season. Whilst not exactly the same type of rider, Lippert is a strong climber, particularly in the Ardennes classics, and was 2nd in GC at the recent Tour of Scandinavia. On a new team, it may provide her with new impetus and develop even further after so many years of using similar methods.

“We want to continue to build on the future of the team. Liane is a rider who can stand up as a leader when Annemiek stops. I am convinced that she will make a lot of progress. She can become one of the best riders in the world.”

Lippert is the current holder of the German national jersey, so we can expect to see that design on a Movistar jersey next season. She has won 5 races in her career, with one of those being at Women’s WorldTour level at the Cadel Evans Great Ocean Road Race at the beginning of the 2020 season before the pandemic hit. On the Movistar team, a breakthrough victory in the Ardennes feels closer than ever.