The Mad March Hare, My first proper sportive of 2017 and it was an awful, flooded, soggy day weather-wise. Once I’d accepted that I was to get wet, dealt with the wind and finally had the sun come out, it turned out to be quite fun. 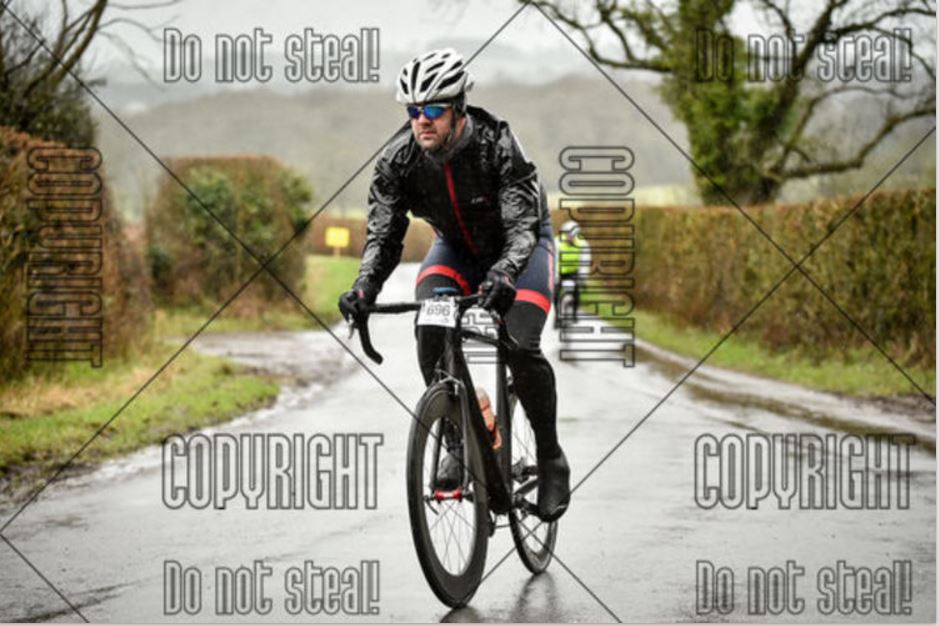 I was to ride with John and Jim from my Stratford Cycling Club, but after riding to the start together we lost each other almost immediately. I went to sign-in, collect my number and then head back outside to attach my number to the bars, in that short time I lost the guys. I had a look around, went under a marquee expecting to see them come past on the way to the start. The wind picked up to such an extent that the marquee’s legs blew off the concrete blocks weighing it down, I chose to move to another spot and after deciding the guys were definitely not there, set off. Second year in a row where I had to chase down John, he got a two minute advantage in 2016.

Setting off in a heavy shower, I was keeping an eye out for the other two whilst never finding someone going at a similar speed to tuck in and follow behind. Splashing through the puddles I was overtaking plenty of people. There were some blockages, people riding side by side slowly down single track lanes, very inconsiderate! Whilst trapped trying to move up, the group I was forced to be a part of came across someone who’d managed to fall off – he looked alright but became 1 of the 125 riders to not finish the ride. I managed to break free shortly afterwards. 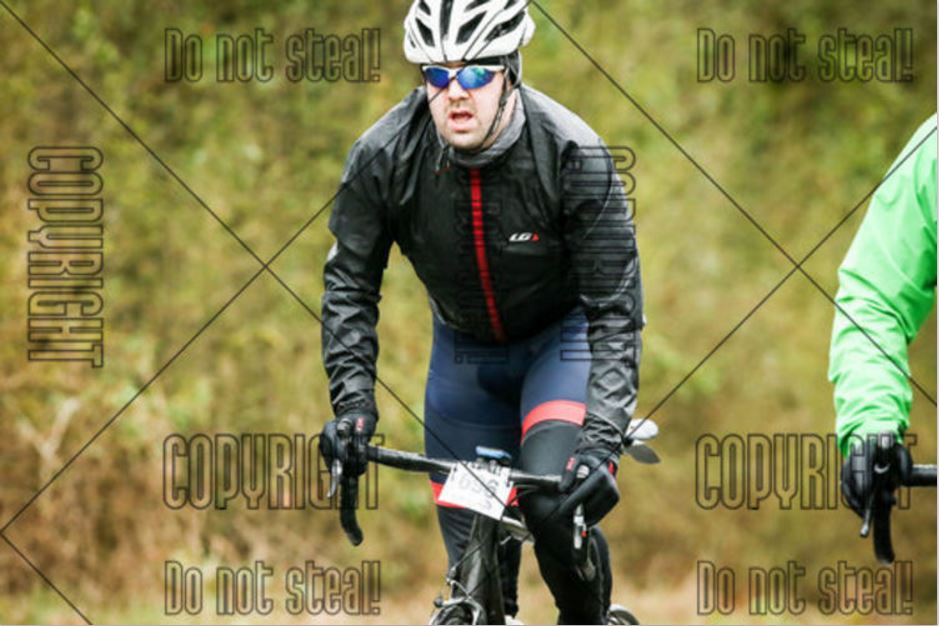 Making friends with the wildlife

Whilst riding on my own, I ended up on a short steep descent when a pheasant decided not to stop, look or listen but to slowly walk out ride in front of me. Fancy carbon fibre rims don’t have the best braking response in the wet, so I had to resort to shouting – ‘fuck off pheasant!’ did the trick nicely.

I began to get to roads I know from home, past the Purity brewery but still not able to hide out of the wind and having to pass people. We had the fun of a stupid, dangerous overtake by a farmer’s Land Rover plus trailer coming into Pebworth before I finally found a good wheel to follow on the windy section to just shy of Saintbury. Saintbury wasn’t fun, it wasn’t quick but no-one overtook me so wasn’t a horror show and I didn’t have to get off at all! I was about to enter a world of issues however.

Having a new deep section carbon wheel, I wanted to bring it out to play. Up on top of the hills, the crosswind started to blow through and make my front wheel act like a rudder. The front wheel doing it’s own thing doing downhill at 25-30mph is very very scary, it’s about the equivalent of someone suddenly jerking the steering wheel at 70mph on the motorway. Not cool! Another moment happened at the bottom of the descent into Mickleton where the bike took some wrestling to stay upright and yet another just outside Meon Vale where the hedge disappeared and even the sheep looked worried. 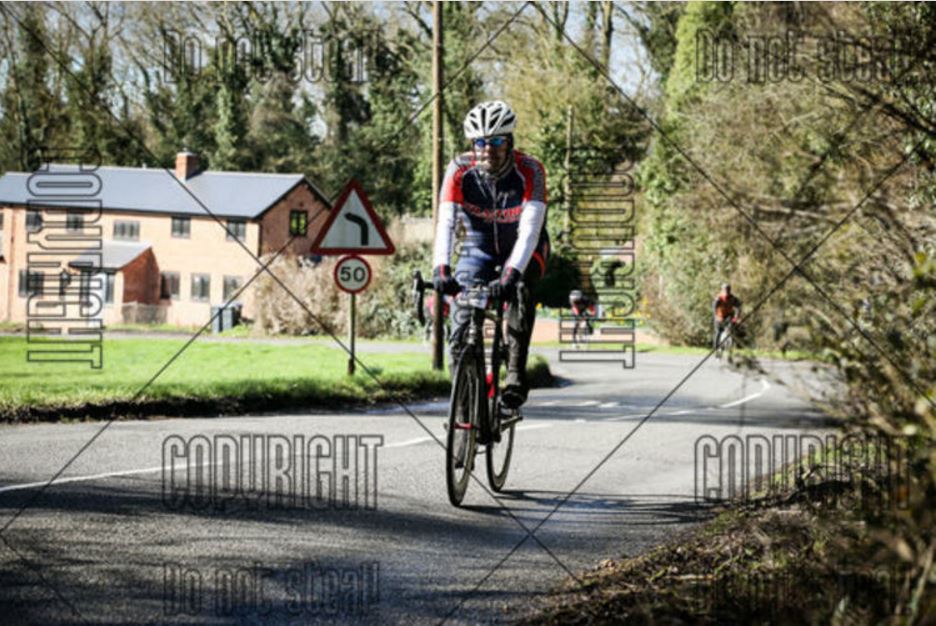 Halfway, making it to the Mad March Hare feed stop

Finally making it to Meon Vale for the feed stop, I caught up with Jim and John who explained how they’d looked for me but eventually set off, bah! The tiffin available was awesome and a bit of flapjack is never a bad thing. Another rider came in with blood on his face, turned out he’d gone straight on at the bottom of the Mickleton descent where I’d wobbled and had gotten to know the hedge better. He said he was fine thankfully. It turned out that whilst we were inside, John’s bike had managed to whack another one on the rack and bend his hanger knocking out a few gears, not great with half the ride to go.

Starting out again was cold as, all the rain absorbed into the cycling gear had lost its warmth and it wasn’t easy getting going again. Gaps appeared to the other guys on the short climb to Welford and then again going up past Binton and I was hitting a mental wall where I wanted to jack it in and probably would have on my own. Riding with the guys kept me going and we ended up in a small group with a strong Lichfield CC rider who had an annoying habit of blasting to the front, riding just off the front and then dropping right back, not the best example of group riding! We briefly dropped John who’d hopped off his bike, just as Jim and I pulled out of a junction by Ragley Hall but we were all back together by Alcester.

The tail wind arrived and I was over my mental block. It was time to fire up the diesel engine, sit on the front and drag the guys round. We closely followed by usual route back to Birmingham so the roads were well known to me. We came across a guy in a white Range Rover who asked us if we were with the cyclists ahead, we stopped thinking maybe someone had fallen off, only for him to start off on an ill-informed rant about cyclists. Something about being on the wrong side of the road and how he always gives 1 metre to cyclists (should be at least 1.5 metres). Once we’d got further on, it was obvious why the cyclists hadn’t been riding to the far left due to the river running down the side of the road. We left him mid-conversation. 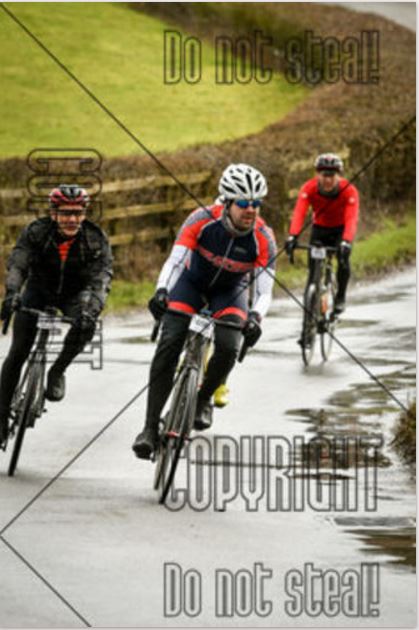 We made it past the short sharp climbs back to Birmingham, with me finishing a few seconds ahead of the other guys. A pint of Purity and a bacon bap later and we were feeling a bit better, except for Jim’s leg cramp flinch whilst sat talking under the marquee. The final results gave a time of 4 Hours 37 minutes for a finish of 58th from 654 riders.