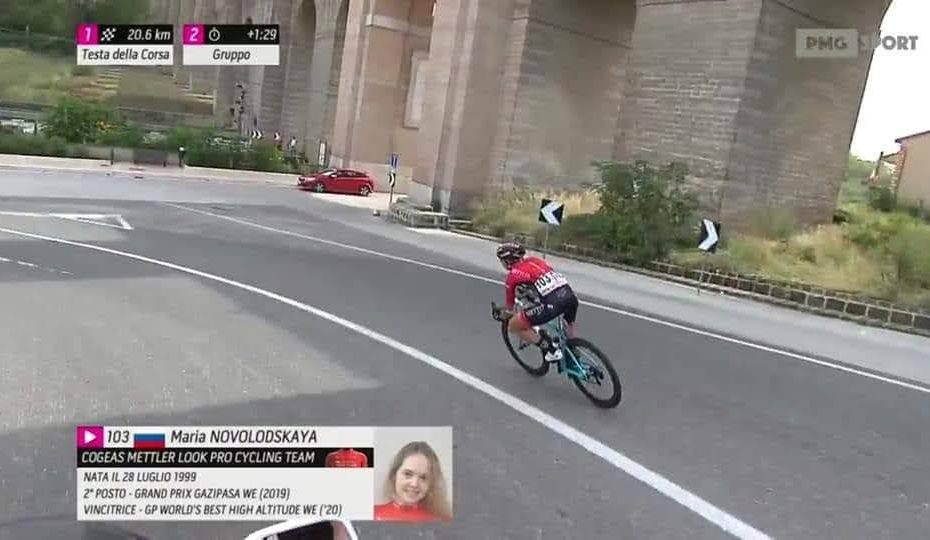 The Russian cyclist of  Cogeas Mettler Look Maria Novolodskaya, continues to attract great attention in this edition of the Giro Rosa 2020.

Yesterday, during the seventh day of the Giro Rosa, María Novolodskaya escaped again with a lot of bravery and challenging a large squad full of champions. Despite having suffered a great fall the day before during the sixth stage.

Novolodskaya true to her style, launched a strong change of pace in the last quarter of the race, disputed between the towns of Nola and Maddaloni with a total distance of 112 kilometers.

The race became more dynamic, since in her escape Maria achieved a difference of one minute and forty seconds. And it was with 10 kilometers to go that a hard-working platoon hunted down the Cogeas Mettler Look member.

In this way, María Novolodskaya once again shines with her own light in a stage of the most prestigious races such as the Giro Rosa 2020.