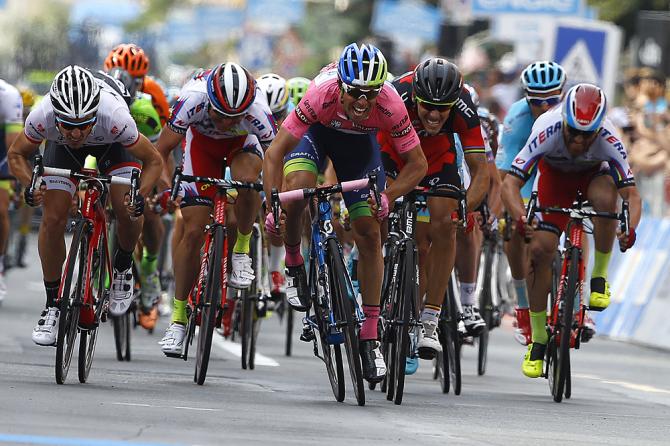 Race 4 of the Digital Swiss 5 saw the riders complete a 37 kilometre virtual route from Oberlangenegg to Langnau. Representing the colours of Team Sunweb were Alberto Dainese, Nico Denz and Michael Matthews, equipped with their Cervélo bikes set up on Elite Cycling Trainers.

Michael Matthews did not hesitate in stamping his authority on the race and was by far the fastest out of the blocks. The Australian rider managed to maintain a fierce tempo throughout, keeping his rivals at bay over the two climbs.

However, an extremely well measured effort from Stefan Küng began to put Matthews’ lead in question. His seemingly insurmountable gap began to fall as the riders approached the virtual town of Langnau setting up an enthralling finale.

Despite his best efforts and a flurry of late attacks in the closing stages, Matthews was ultimately overtaken by the Swiss time trial specialist, finishing in second place at the line.

Speaking after the race Matthews said: “It was another super hard virtual race. My tactic was to go out early and see if I could hold them off. It seemed like it was going to work, but at around five kilometres to go, Stefan was closing in. I tried to keep the pressure on and tried some softening up attacks to see if I could crack him a little bit. Unfortunately he didn’t and he caught me with two kilometres to go. These TT guys just know the power they need to hold to the finish and know how to sustain it. My only option was to try something different and attack him when he came close. It was another really good race for the team with another podium today.”