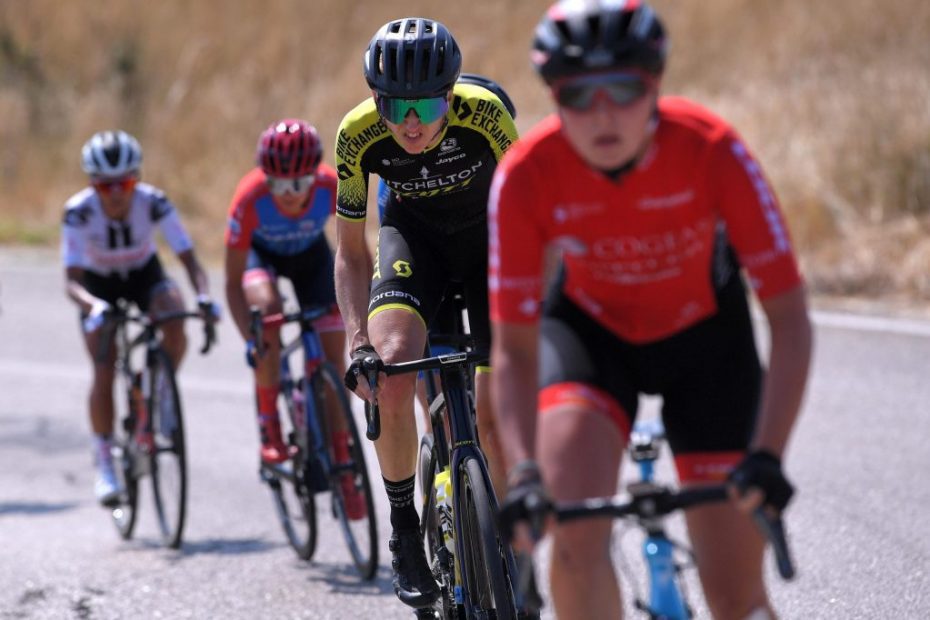 Mitchelton-SCOTT women head to the Ardennes Classics this week, looking for an aggressive race at La Flèche Wallonne Femmes, on a slightly modified course that potentially lends itself to the opportunists.

The Australian squad will welcome back Dutch rider Janneke Ensing who makes her return to the peloton after sustaining a broken collarbone during the Spanish one-day races in July. The rest of the team is built out of New Zealander Georgia Williams and three Australian’s Jess Allen, strong climber Lucy Kennedy and Grace Brown, who recently placed fifth in the world time trial championships.

The Course
The peloton start and finish in Huy with the riders first taking on one large opening lap of 91km before returning to Huy for the first of two ascents up the iconic, steep Mur de Huy.

Once reaching Huy, the riders head out for a local slightly modified 22km loop for 2020, which features three climbs; the Cote de Ereffe, the Cote du Chemin des Gueuses before tackling the 22% slopes of the Mur de Huy where the finish line comes at the top.

History
The team has been close to the victory on multiple occasions before with Annemiek van Vleuten finishing in second place in 2019. Previous to this, the Dutch rider finished in fourth place in 2018 with teammate Amanda Spratt in fifth.

Lucy Kennedy
“It’s exciting to have an opportunity to go for a result at such a prestigious race. I felt my form building throughout the Giro-Rosa and the worlds and feel like it’s still coming up. I don’t feel at all burnt out so hopefully this progression continues.

“Last year was my first time racing Flèche and I really enjoyed it. It’s a very tough course with selection by attrition, but also lends itself to attacking racing.”

Alejandro Gonzales – Sport Director
“We will look to be aggressive and try to go into moves make it a hard race and take any opportunities.

“They changed the circuit a little bit, the run-in to the finish on the final lap is a bit different and not as hard as usual so that may open up the race for riders to be more aggressive and try to breakaway before the final climb. Usually in Flèche it always comes down to the final climb, but we will see this year.

“Van der Breggen will obviously be hard to beat, she won last year, and she knows the climb really well.”