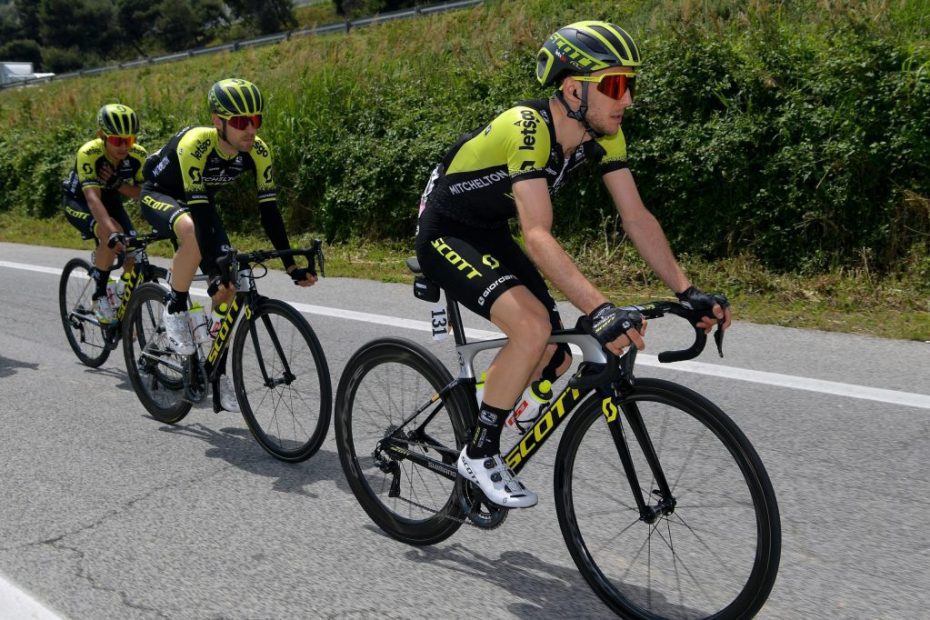 Mitchelton-SCOTT men’s team make their return to racing next week at the five-day Vuelta a Burgos, lining-up with a stellar squad, eager to test their legs in what looks to be a stacked field.

The Course
The five-day race offers a range of routes starting with a rolling stage and uphill finish that may prove to be too hard for the sprinters. Stage two is mostly flat and lends itself to the opportunist, but a number of sprinter’s teams on the start list, it has the potential to be the first real sprint stage for the peloton.

On day three, the climbers will have the chance to test their legs on a summit finish up Picon Blanco, a 7.8kilometre climb reaching 1,486metres, before the sprinters have another opportunity on the fourth stage.

To wrap up the five stage event, the peloton will take on another summit finish up the 4.8kilometre climb, Lagunas de Neila, with a steep average gradient of 9.9% which should show who has the legs in this first race back.

History
2020 will be the team’s fourth appearance at Vuelta a Burgos, the last time being 2016 when Simon Yates finished in fourth place on the general classification. The Australian outfit has also previously tasted stage success with two stages wins from former rider Jens Keukeleire in 2013.

Esteban Chaves
“I am really nervous, excited and anxious but I think I am in good shape. Personally the lockdown was a good time for me and after that I am more hungry and I can see everything with a different perspective. Burgos will be the start of this new chapter so I am very excited.

“The most important thing for me in Burgos is to see how my performance is of course, but also to be back at the races and see the team, both my team mates and staff, and be involved again in the racing atmosphere. That will be really nice, of course I have missed that.

“Burgos is special for me as my first professional victory was in Vuelta a Burgos in 2012 on the last stage up Lagunas de Neila. We have that climb again this year so that is pretty exciting.

“This year we have two hilltop finishes so it will be nice to see how the legs compare to the other riders and to know already how the training and all the work we did in Colombia was, now that we start the campaign in Europe.”

Matt White – Head Sport Director
“It is going to be a pretty competitive field. Realistically I think we will be competitive, but the main thing is it will be a test after four and a half months without racing.

“I’m sure the vast majority of the field has been at altitude so I expect the general level to be very high and with the team we have, I expect our guys to be very competitive. How competitive, we will find out.