No podium this year, but Trek-Segafredo deals a strong team performance with fourth, fifth, and sixth places.

There is no hiding in Lombardia.  When the race exploded for good on the penultimate climb of the 231-kilometer race, the three strongest men rode away and onto the podium. Trek-Segafredo teammates Bauke Mollema, Giulio Ciccone, and Vincenzo Nibali, all in the group of six fighting for the win, ultimately settled for fourth, fifth, and sixth places respectively – a strong team effort that fell just short but showed positive signals for the rest of the rescheduled season.

“I am a little bit disappointed to just miss the podium, but there were just three guys stronger today,” said Mollema. “As a team, I think we rode strong, finishing 4, 5, and 6. Even after Ghisallo, we had five guys there, and then on Sormano, it totally exploded and [the bunch] was just with seven guys left.  I felt pretty good, only the heat in the finale was a little bit too much for me, and I guess hard for everyone since the differences were pretty big in the top 10.” 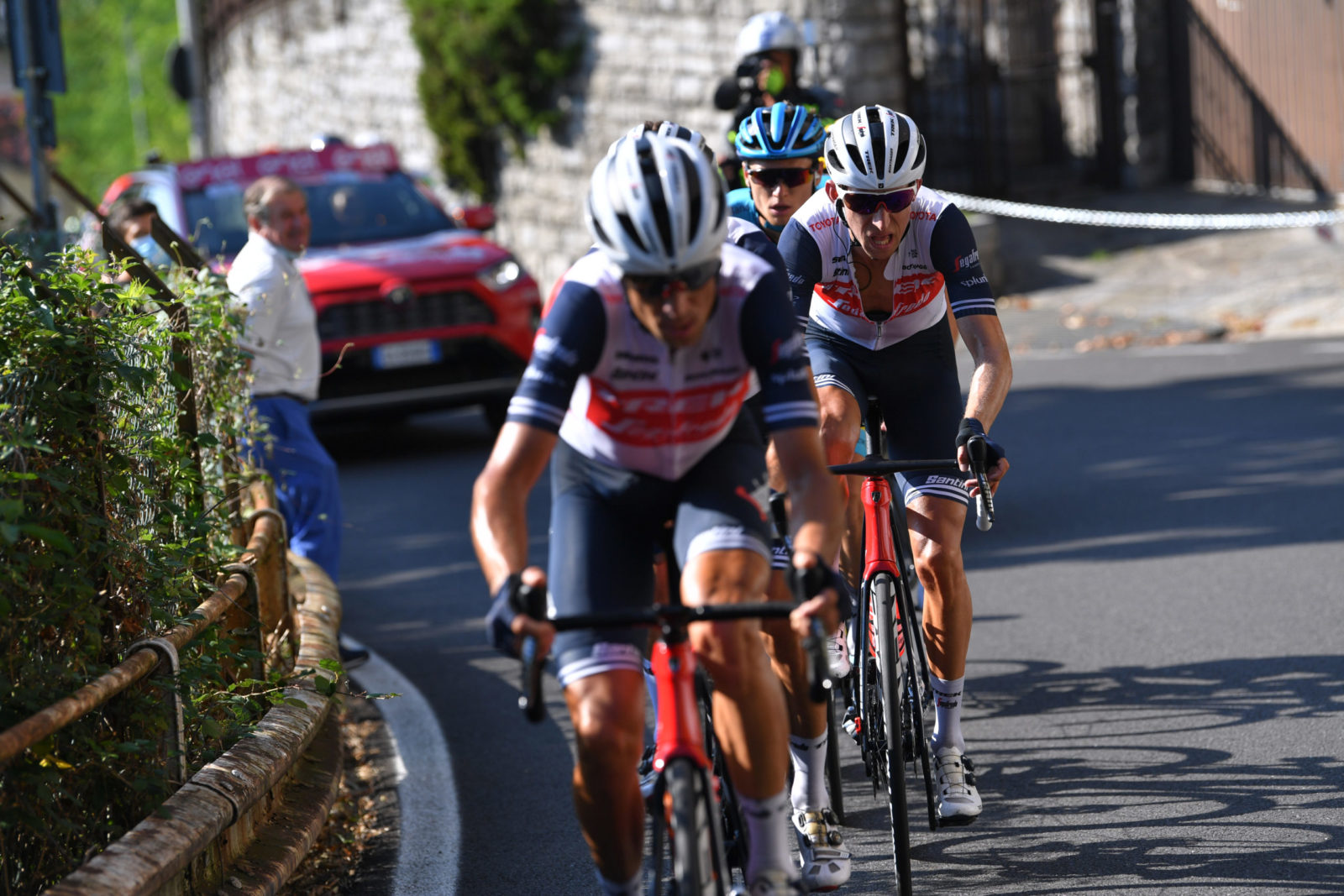 We always race to win, but we have to be realistic and accept it. There are riders more brilliant than us in these first races and in this moment. 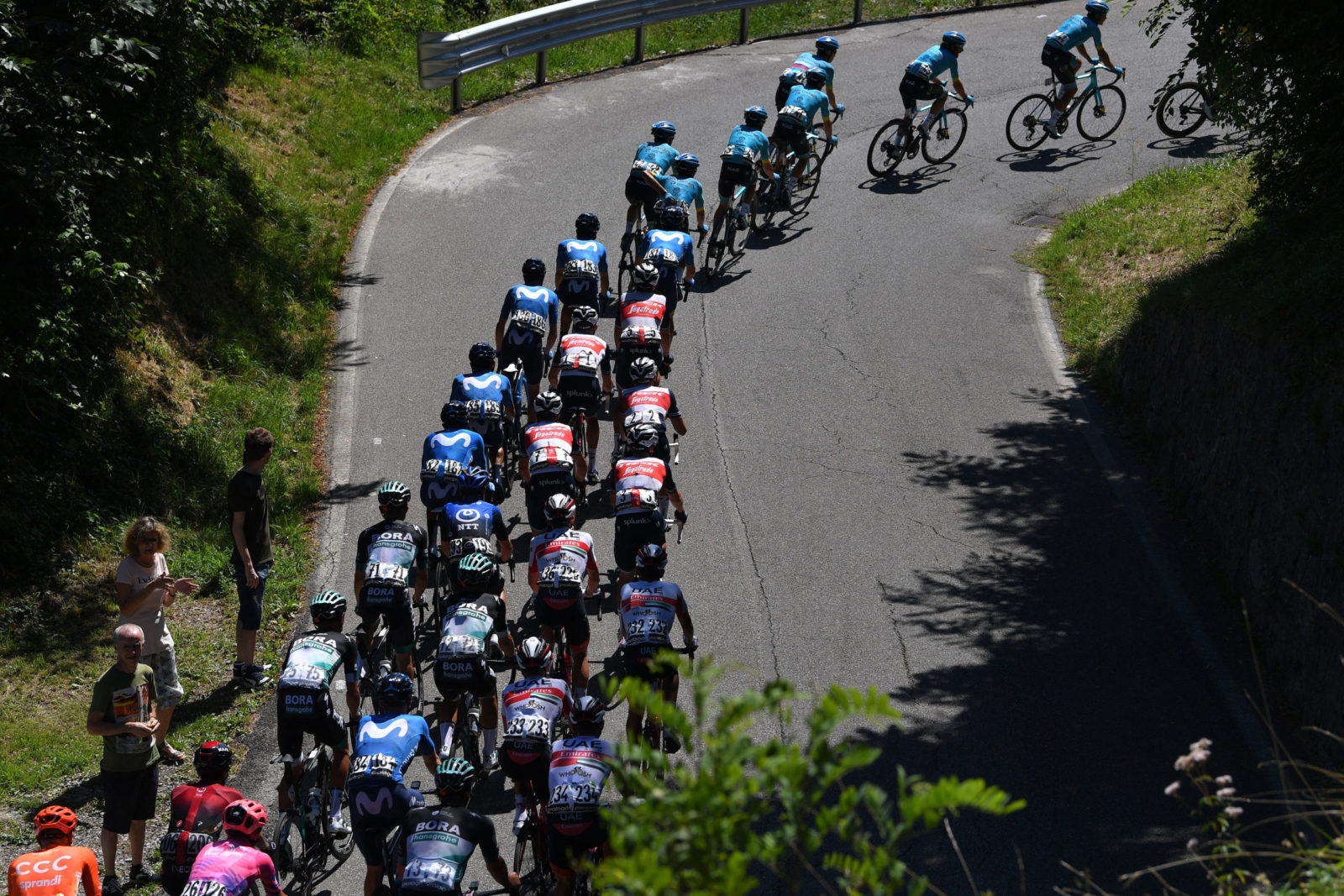 The crux came early in Lombardia this year.  The Muro di Sormano with 50 kilometers remaining has always been decisive in the Italian Monument, but this year it created a small select group that would fight out the podium.

Over the crest of the climb, Trek-Segafredo had the numbers: Bauke Mollema, Vincenzo Nibali, and Giulio Ciccone were represented, a favorable situation. The odds were seemingly in the team’s favor. At least on paper. Except the last two climbs had the final say.

After driving the group on the long downhill, Vincenzo Nibali continued to push the pace on the penultimate climb with Ciccone and Mollema on his wheel. But it was Jakob Fuglsang (Astana) who seized the moment, attacking and drawing out George Bennett (Jumbo-Visma) and Astana teammate Aleksandr Vlasov.

“I rode the last 50km with cramps,” explained Nibali. “Bauke and Giulio were better, and I put myself at their disposal. It was a complicated and conditioned finale; I couldn’t push as I wanted. On the Civiglio climb,, I tried to keep a regular pace, both for me and my teammates. When the race exploded it was difficult to do more, and we saw the difference.”

Nibali immediately fell off the pace as Ciccone tried valiantly to catch a wheel. When he realized he couldn’t, he waited for Mollema and the pair began to work together to bring back the trio ahead. 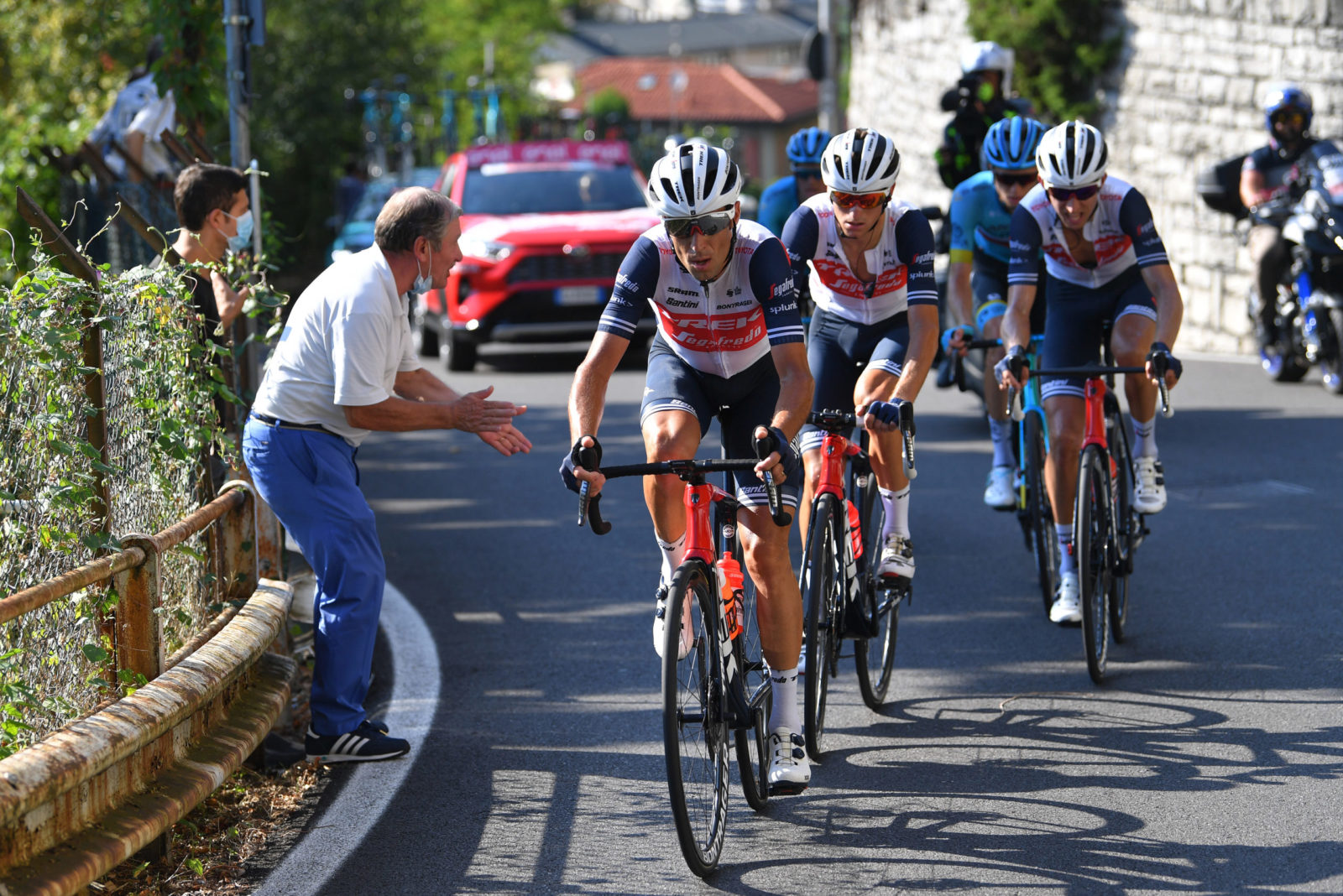 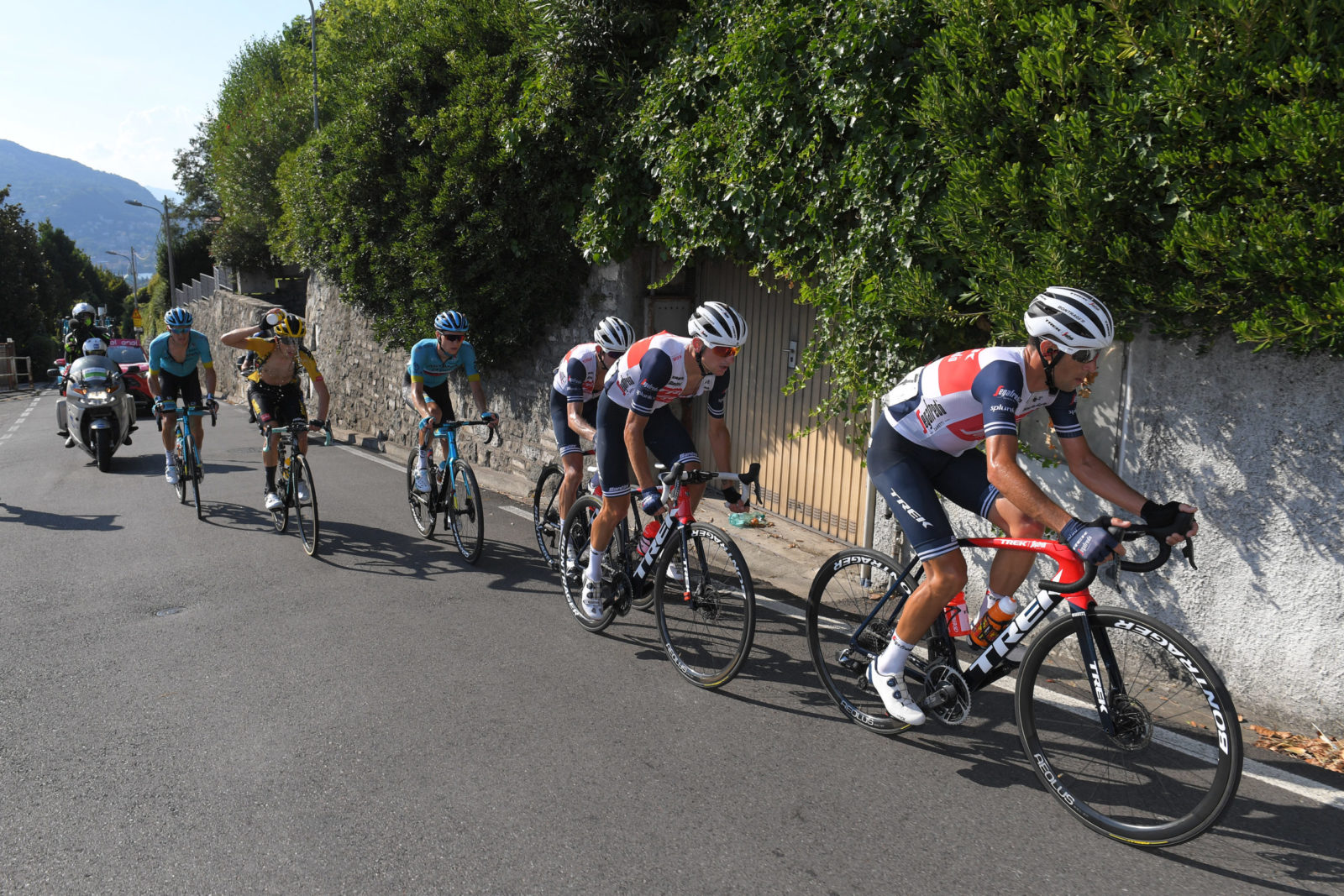 We didn’t win, but we were competitive. It’s an encouraging sign. 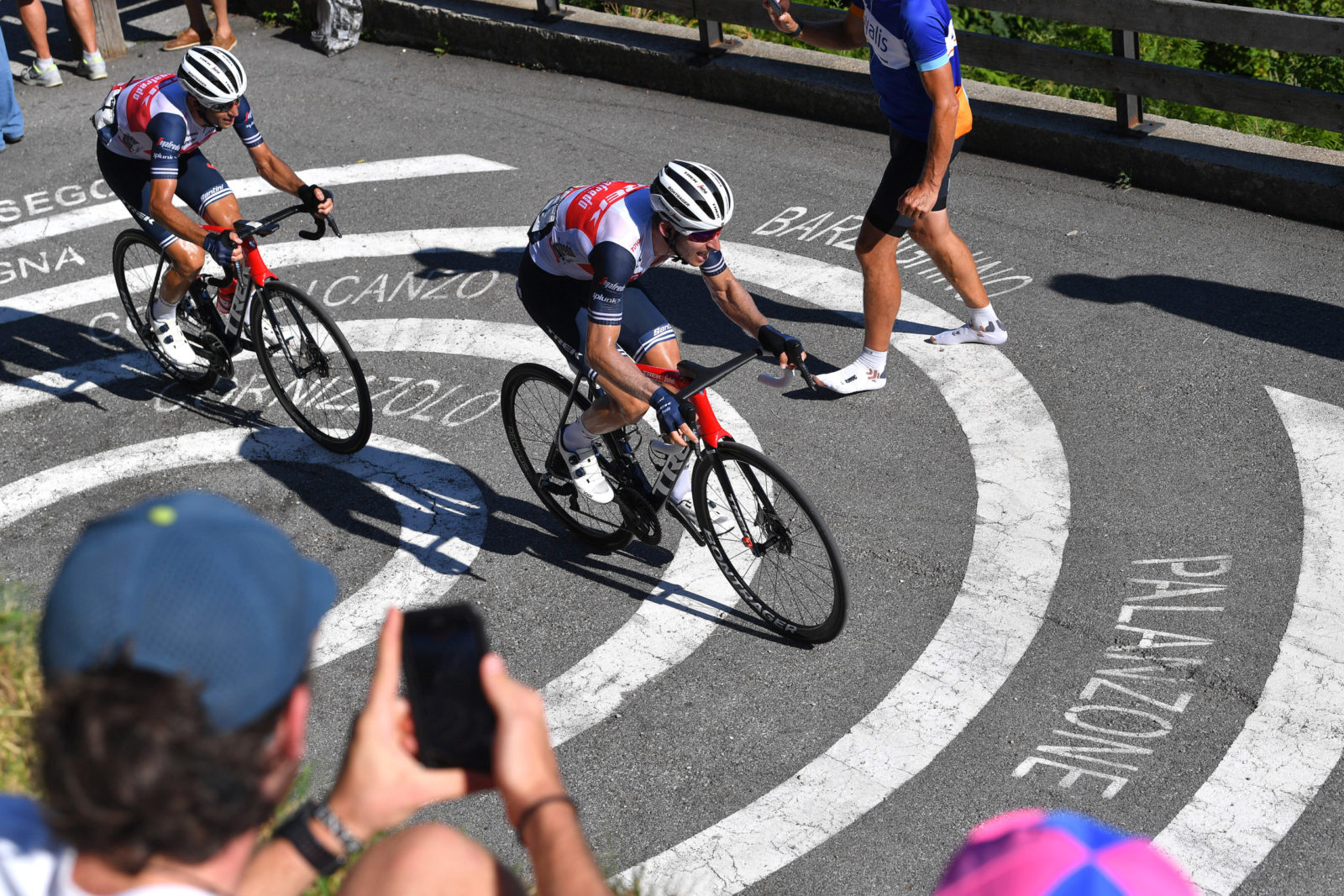 Ciccone and Mollema came oh-so-close, within 10 seconds, until they overshot a corner losing precious seconds, and then the final climb ended any chance of them coming back.

With a fierce acceleration Fuglsang countered Bennett attacks and rode away on the uphill for the win. Bennett chased for second and Vlasov held on to grab the final podium step.

One by one, the Trek-Segafredo teammates crossed the finish: Mollema fourth, Ciccone fifth, and finally, Nibali in sixth. 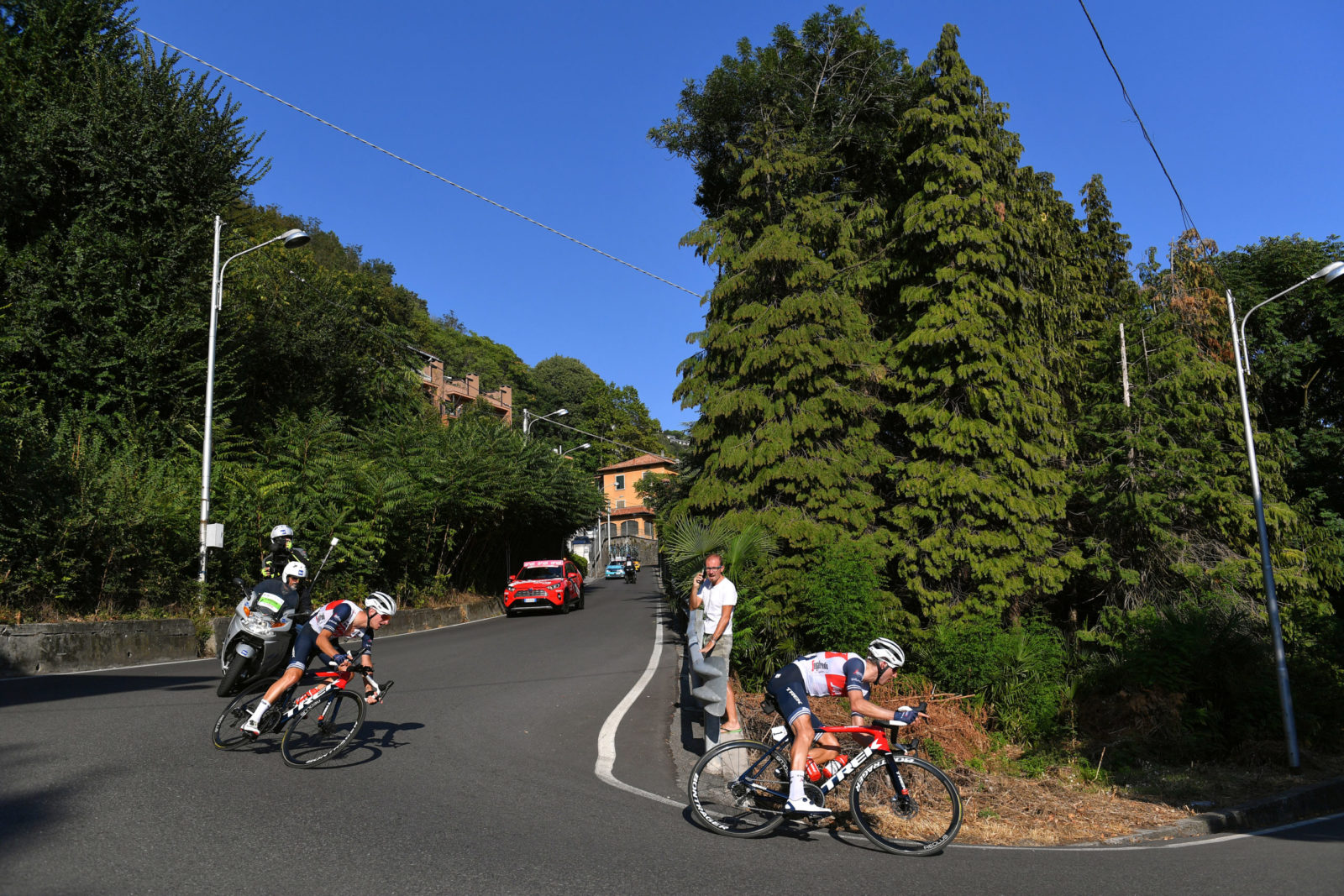 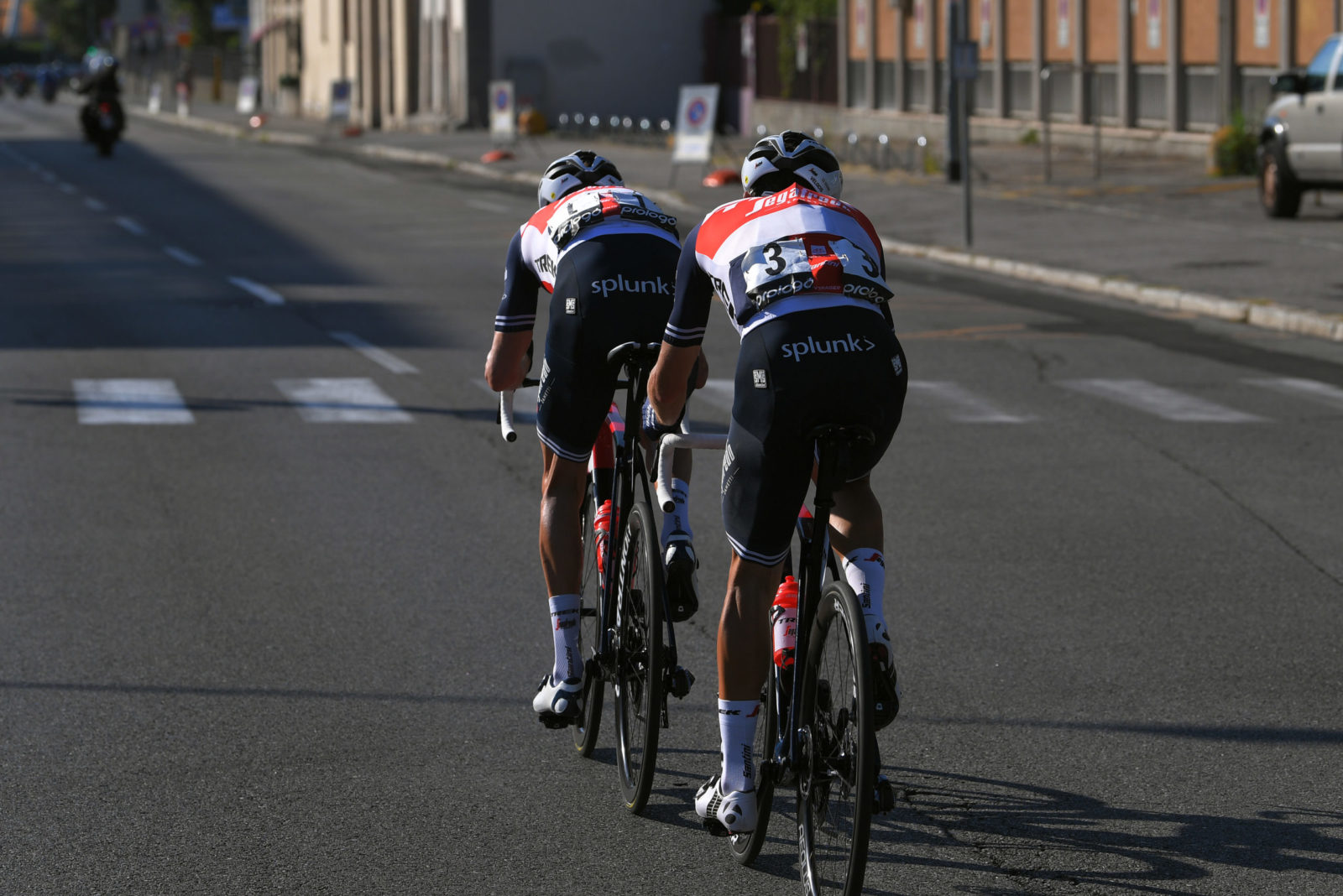 It was not to be this year for defending champion Mollema, but not for lack of effort. And the team’s depth and gritty performances were good signs early into the restored 2020 race schedule.

“I think the result is decent,” added Nibali. “We always race to win, but we have to be realistic and accept it. There are riders more brilliant than us in these first races and in this moment. We can be satisfied because overall the performance is improving race by race, we have shown solidity and teamwork, but we lack days of racing in the legs and stage races that allow you to make a quantum leap in terms of sharpness.”

“I’m somewhat satisfied because it is true that we gave everything and we didn’t give up until the finish line, but expectations were different when we found ourselves with three of the same team in a group of six. It was good teamwork, as far as possible, simply the other three had something extra,” echoed Ciccone. “On a personal level, if I look at my performance, I’m happy.

“Until now Lombardia was suited to my characteristic only on paper because it has always rejected me. Today I was competitive. I think we have to look to the future with confidence, not only myself but also as a team. Race after race, the condition is growing. We lack that change of pace that makes the difference in the finale, which you only get by racing. We didn’t win, but we were competitive. It’s an encouraging sign.” 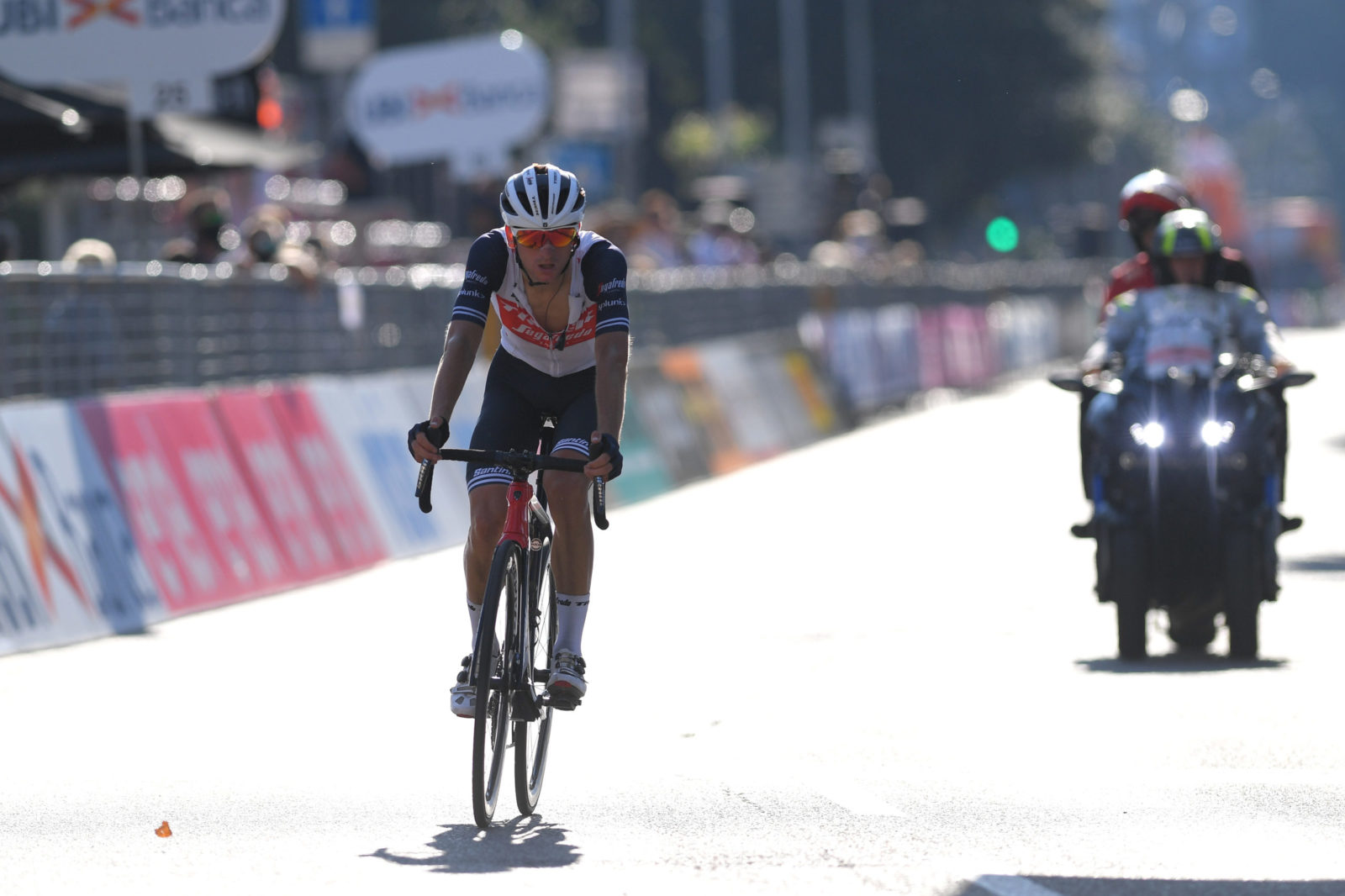 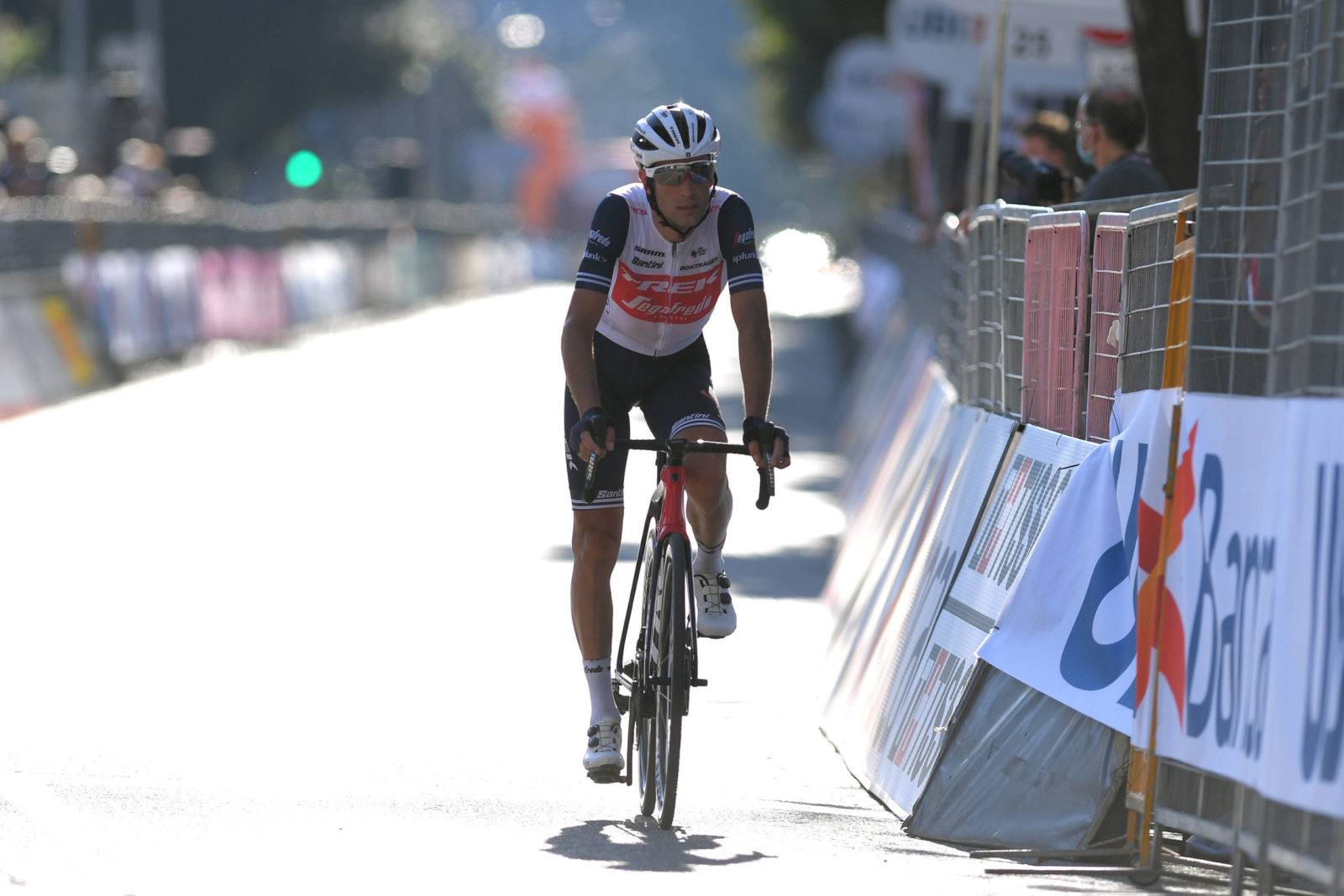