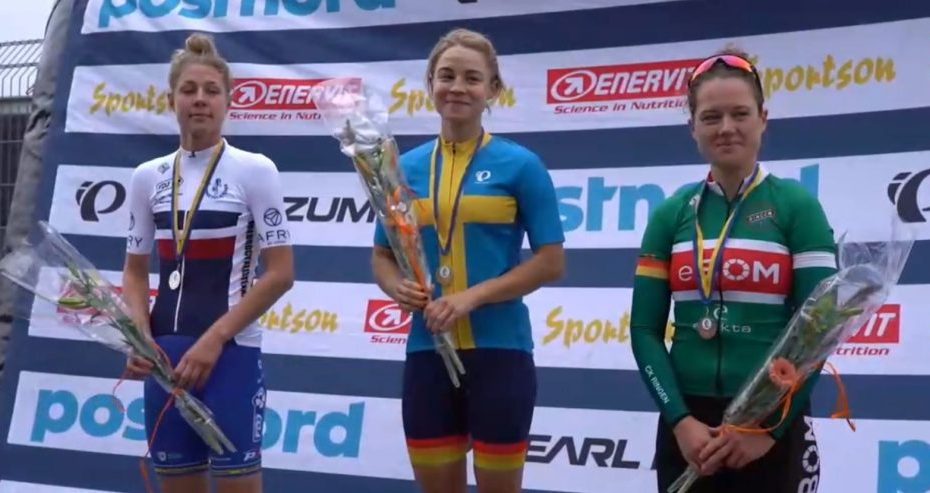 In Sweden, Nathalie Eklund has been crowned national road champion. The rider from the elite team of the TALENT Elabo Development Team beat of Emilia Fahlin in the final sprint. After a long attack, Clara Lundmark was still very handsome fourth.

The women’s road race was a 114-kilometre race at the Tierp Arena, where a 7.6-kilometre circuit was mapped out. On behalf of the TALENT Elabo Development Team, Nathalie Eklund and Clara Lundmark were at the departure.

Early in the race, Clara Lundmark broke away. At the end of the second lap, her lead was already more than two minutes. This eventually became more than four. In the group behind, Nathalie showed herself to be a good teammate by parrying many attacks.

It was Lundmark, both 2016 and 2017 national junior champion in the time and road trial, but not given to riding a winning solo of more than a hundred kilometres. She was caught up in the penultimate lap.

In the final phase it rained attacks, but these did not last until the end. Just before the last corner, Emilia Fahlin pulled away from the small platoon with Eklund in her wheel. Fahlin started the sprint, but Eklund got over it well. For Eklund it is her first Swedish title with the elites. Earlier this year she also finished second in the Swedish time trial championship.