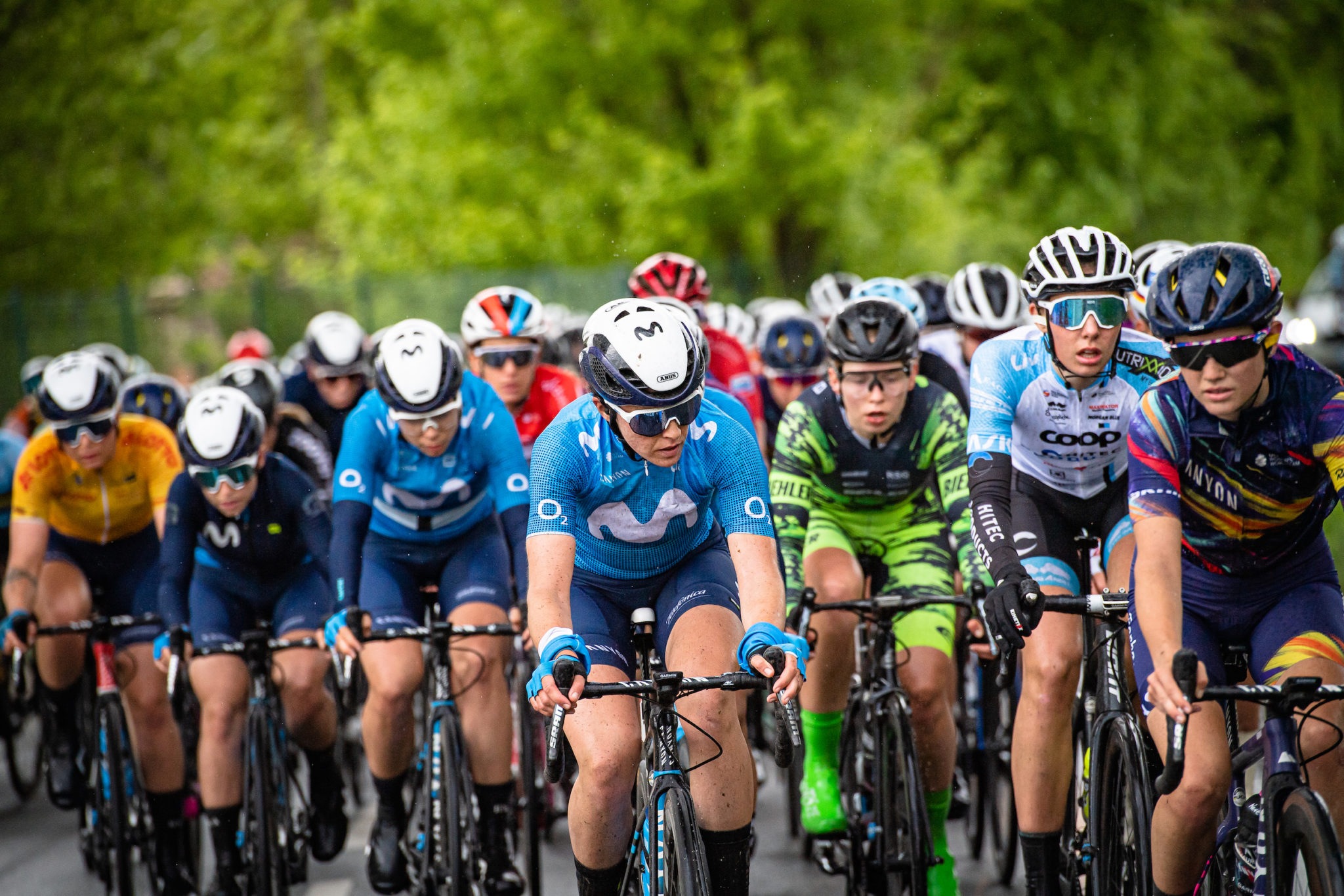 THE DANISH MOVISTAR TEAM CHAMPION, BEATEN BY WIEBES (DSM) IN THE SPRINT OF THE SECOND DAY, NEVERTHELESS EXTENDS HER ADVANTAGE IN A GENERAL WHERE SHE ALREADY HAS 10″ OVER HER CLOSEST RIVAL, KOPECKY (BEL).

In the rain and with temperatures, not so usual at the end of May, Emma Norsgaard (Movistar Team) retained her leader’s jersey in a Tour of Thuringen that this Wednesday experienced its second stage, 120 km around Gera with cobblestones, small dimensions and an inevitable sprint where the best world sprint specialist, Lorena Wiebes (DSM) won.

With hardly any breaks ahead of the peloton, the main battle of the day was in the bonuses of the intermediate sprints, a task in which Kopecky (BEL) approached Norsgaard – she added 5″ and was four seconds behind the Nordic, who in turn had also added three seconds – to then return almost to the starting point due to the 6″ harvested by Emma on arrival, 2nd after Wiebes. The Dane, supported once again by Biannic, Guarischi, Oyarbide, Gutiérrez or Teruel, increases her margin to 10″, with Brand (TFS), 3rd, twelve seconds behind the yellow jersey, and Henderson (TJV) and Pieters (SDW), close out the top-five, at 16″.

The German tour will head to Schleiz tomorrow Thursday (110 km) for a more demanding day than the previous ones, with the longest pass of the race and a very winding terrain in the final stages. All this, a prelude to the queen day of Dörtendorf, with the one known as Hanka-berg, as judged on Friday.