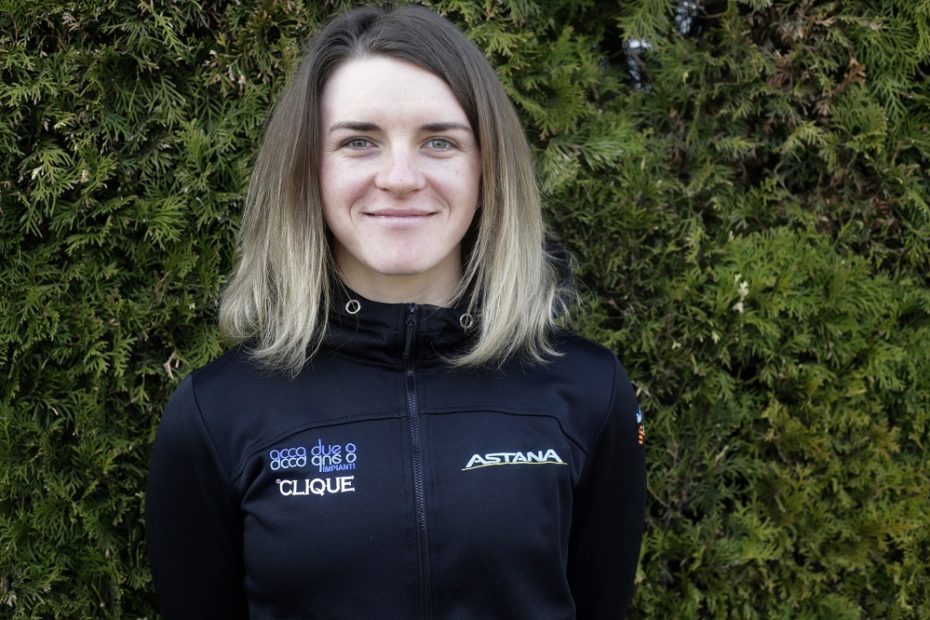 In the meantime Lithuanian youngster Olivija Baleisyte joins the team

Also in 2020 the strong Ukrainian rider Olga Shekel will defend the colors of the Astana Women’s Team and her season started immediately as best as she could: competing in Turkey with the jersey of her national team Shekel won the Grand Prix Gazipasa, race of UCI 1.2 category disputed on a 108 km route with two passages on the hard climb of Imamli which reaches a maximum gradient of 11%: Shekel had been fourth at the Alanya Grand Prix yesterday, but today she attacked, made it in the breakaway and then she won the sprint within the selected front group. Last year Shekel had an excellent season with three victories, among which stands out the National Road Championship, and today’s success is without doubt a good sign ahead of an important season in which one of the main goals will be the call for the Olympics Game in Tokyo: the first race of 2020 with the Astana Women’s Team jersey will be the Setmana Ciclista Valenciana which will be held from February 20th to 23rd in Spain.

In the meantime, there is also something new regarding the Astana Women’s Team riders list for the 2020 season: the 21-year-old Lithuanian Olivija Baleisyte, an athlete who has so far mainly focused her efforts on track cycling, joined the team; she is currently in the running to conquer a place for the Olympic Games in the Omnium specialty. «I am super excited to join a prestigious team like Astana – said Baleisyte – and I can’t wait to begin. I think that racing more on the road will help me to improve on the track too, but I hope and I believe that working hard in the future I will be able to get good results also on the road».