Olivia Ray won her sixth criterium of the season when she sprinted to victory at the inaugural Into the Lion’s Den criterium. It was the perfect send-off in Rally Cycling’s final race of the year.

“It means a lot, not just the win itself but what it represents,” Ray said. “The team’s final ‘hurrah’ for 2021. It showed teamwork, determination, and race smarts. Something that takes time, and practice. It means so much.” 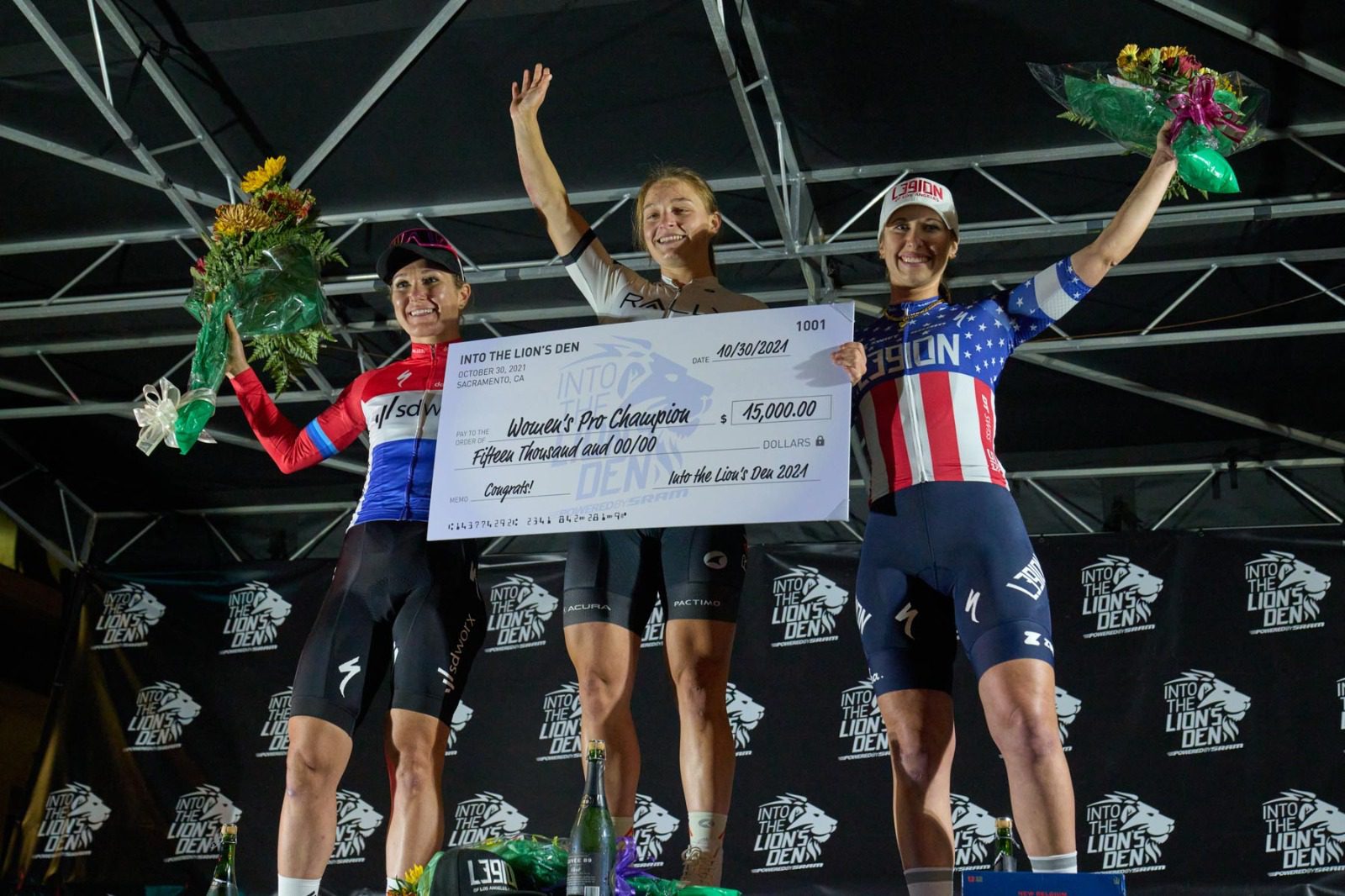 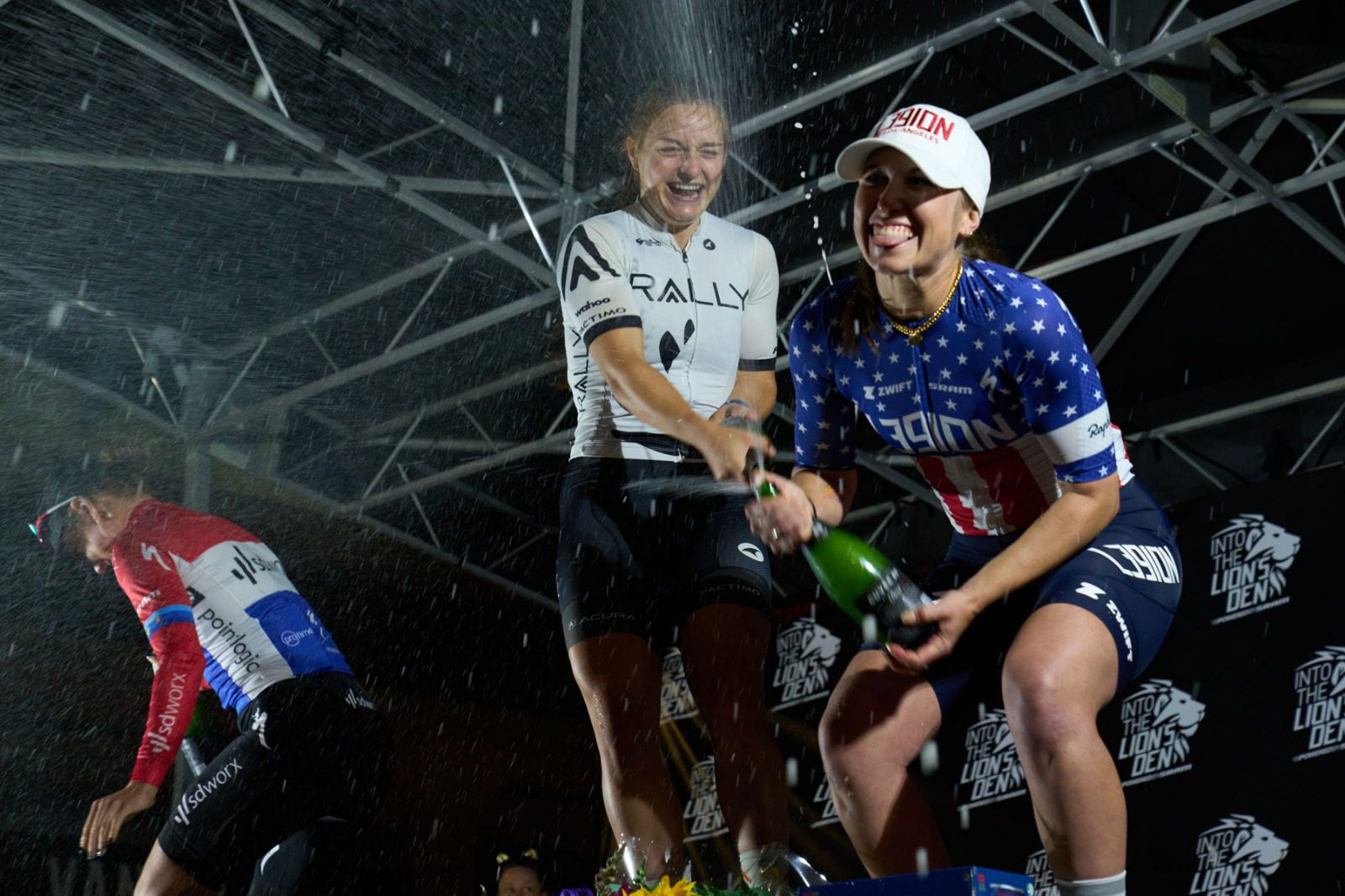 With not only the winner’s prize purse but $10,000 worth of primes to fight for, the race quickly split up into three groups before a reduced field of 27 contested the final lap. In the preview, Ray predicted that the 485-meter long finishing straight on L Street would result in “a drag race,” and the Kiwi was proved right.

“I popped my back wheel coming out of turn four and that slowed me down a little,” explains Ray. “I let a few girls ride around me to the left and then the right side was wide open. I knew it was a long finish and I felt I had it in the tank to win.”

Having found the gap, Ray then lit up the road with a devastating final kick.

“I stood up and drilled it. I saw two pink jerseys (L39ION) with a gap on the group and as I closed down that space, I was able to pass, look back and post up with room to breathe,” Ray added.

The race was attended by WorldTour riders and American crit experts alike and the victory represents a warm up for things to come in 2022 for the New Zealand criterium champ. As teammate for next year Marit Raaijmakers commented on social media post-race, “bring those sprint watts to Europe.”

“The sprint I did was pretty much a road sprint, that length was a good insight into what next year will look like,” said Ray. “If I can get all the other things like duration and fatigue dialed, I think the team will have some great successes.”

Ray had a full team to support her in Sacramento – Lily Williams, Holly Breck, Krista Doebel-Hickok, and Heidi Franz were all-in for the Kiwi. The team was involved in the action all race long with Franz claiming the first cash prime, netting $1,000 in the process. As well as her teammates, Ray relied on her directors Joanne Kiesanowski and Andrew Bajadali throughout as they helped from the roadside.

Franz jumps away with Labecki and Schneider. 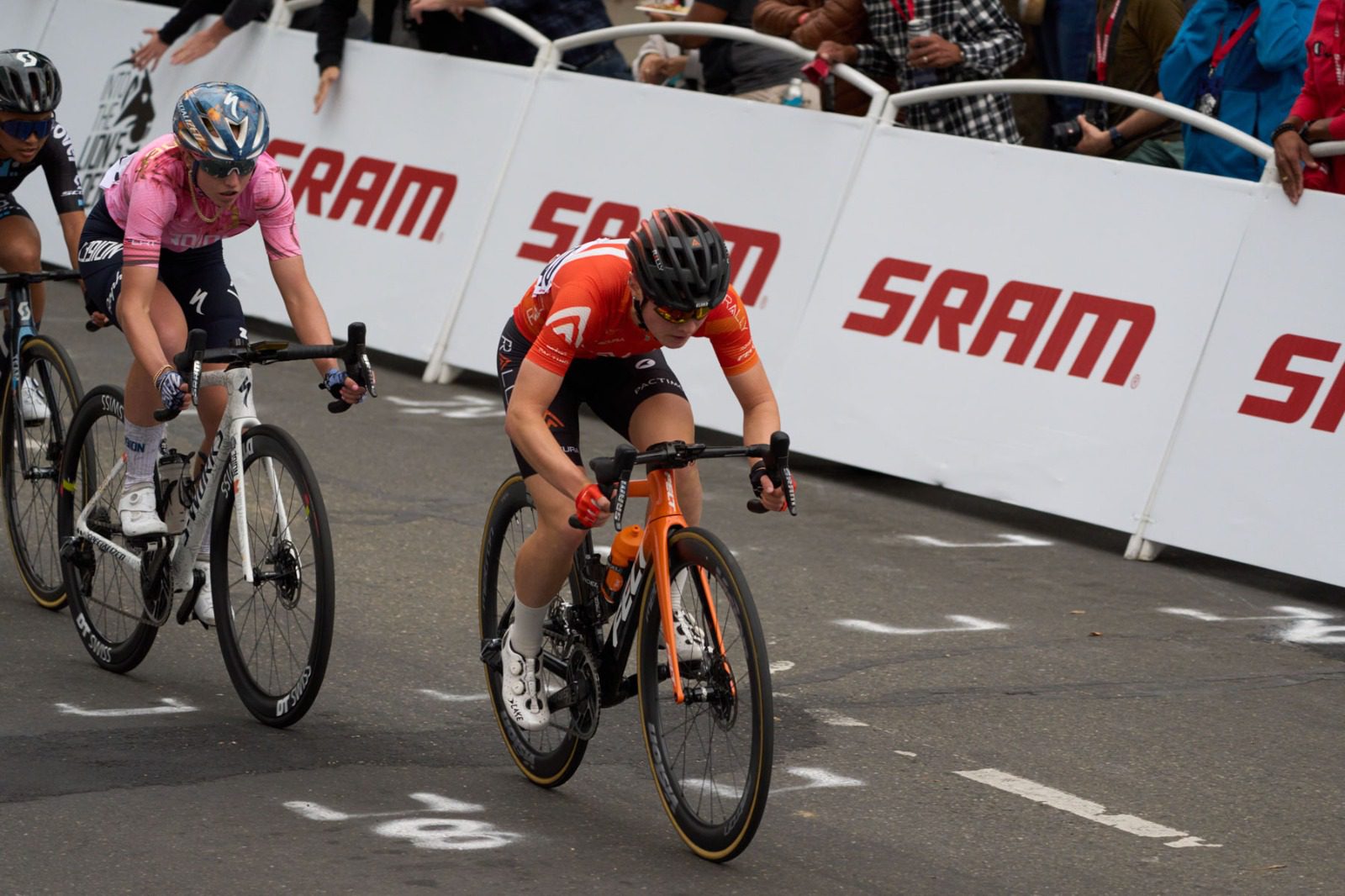 Franz wins the first prime and $1000 along with it.

“Jo and Baj were constantly on the radios giving updates and encouraging words,” said Ray. “They always do such an amazing job of keeping us informed and making sure we’re doing what we need to.”

With the Lion’s Den victory, Ray sets herself up for a big 2022. But for now, the 22-year-old will be spending her winnings on, “clothes, coffee, and more clothes.”

For more reactions from the women’s race, check out the VeloNews and Cyclingnews reports. 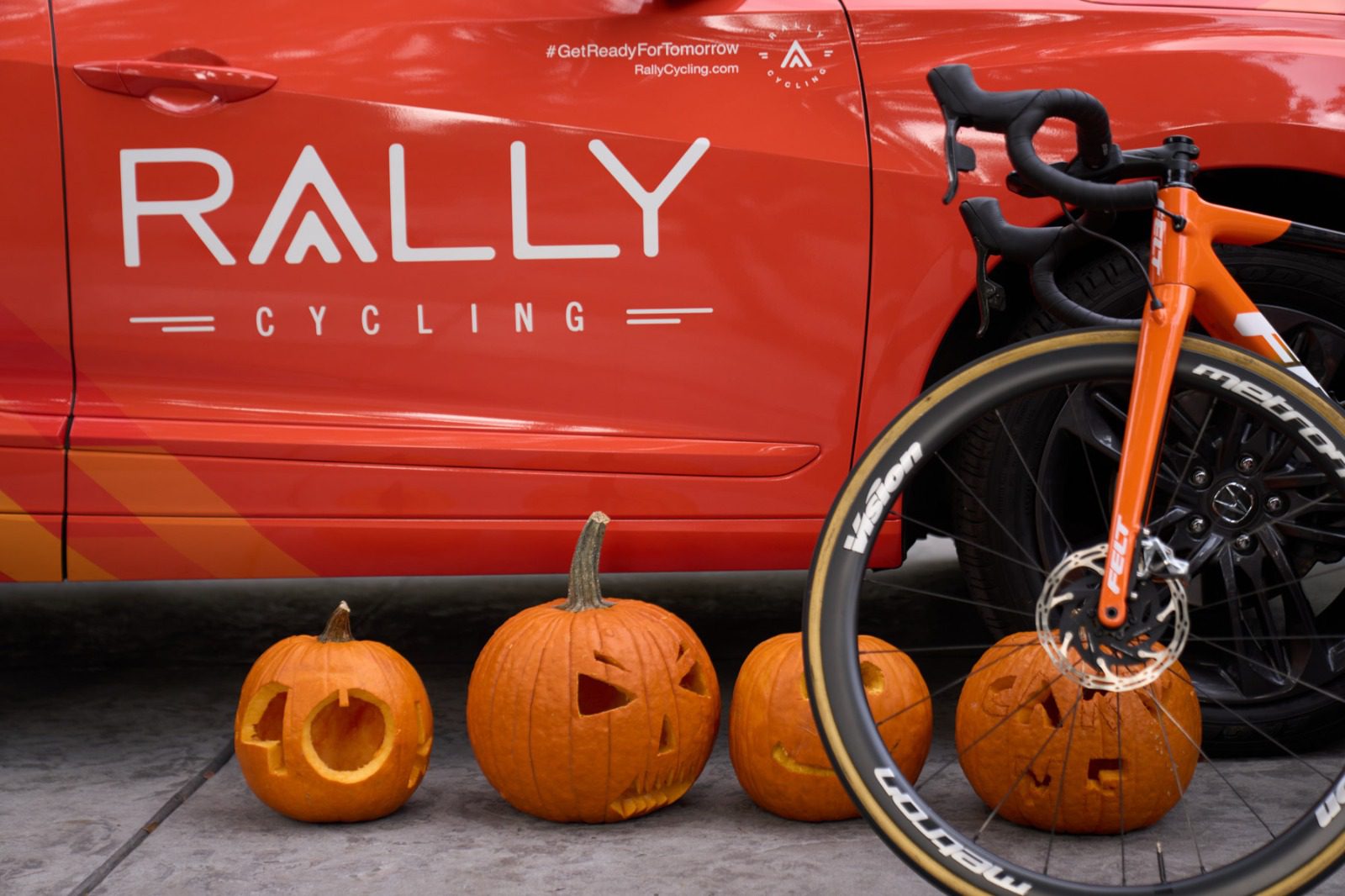 INTO THE LION’S DEN TOOK PLACE ON HALLOWEEN WEEKEND WITH THE TEAM CARVING THEIR OWN PUMPKINS THE DAY BEFORE. 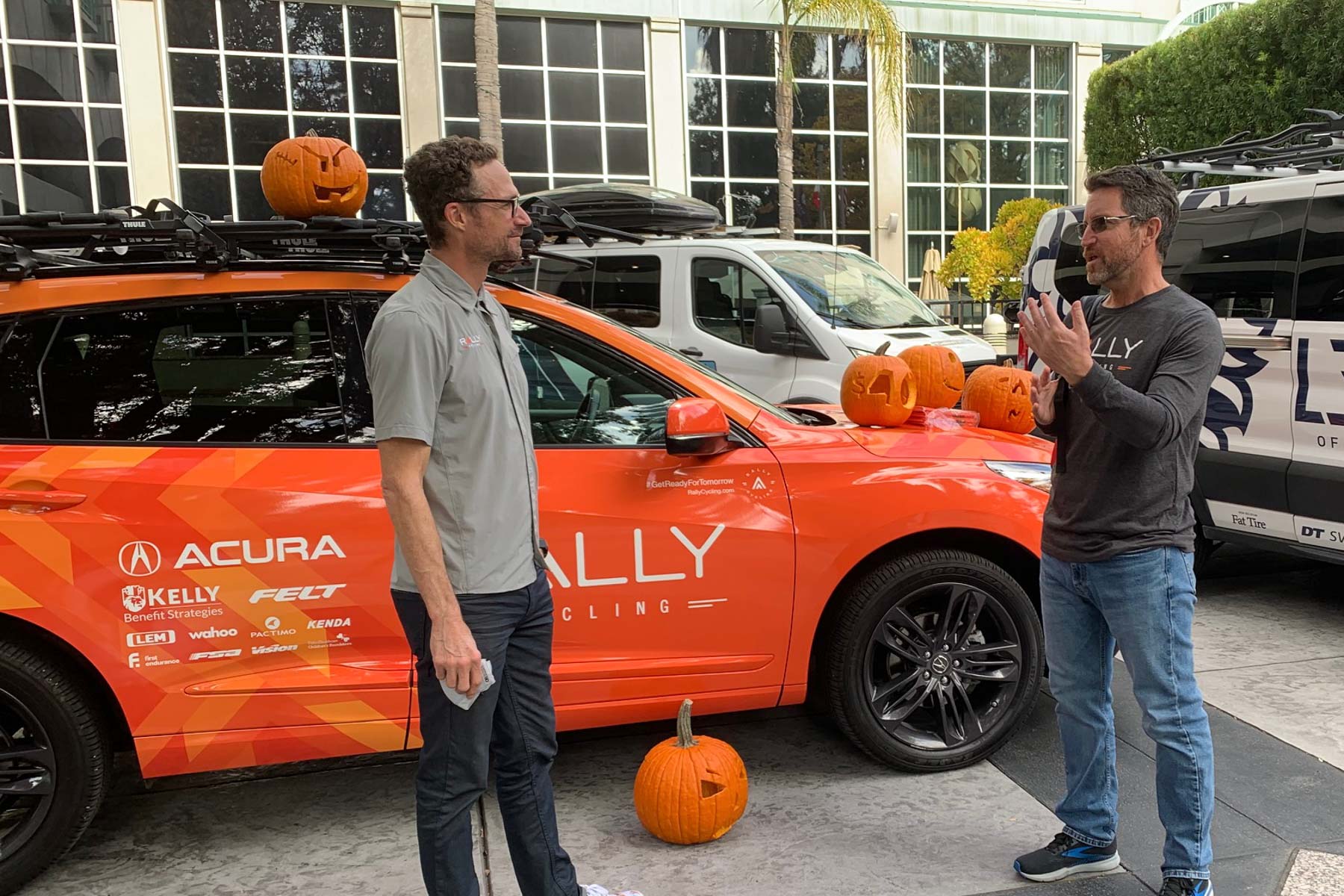 Surrounded by orange thanks to Acura’s RDX and some local pumpkins, Bajadali catches up with UnitedHealthcare’s Keith Kandalaft.