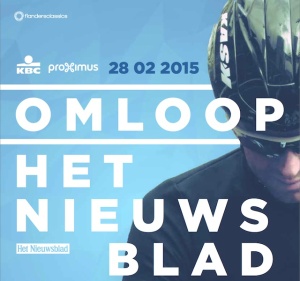 Spring is here! The Spring Classics season begins this Saturday with the Omloop het Nieuwsblad race in Belgium.

Omloop is often used a warmup event for the Tour de Flanders later on as it uses a fair number of the same short, sharp, cobbled climbs. Not quite a classic in its own right, it’s a good indicator for how riders will fare in the major races.

Traditionally Belgians always do well on home turf, however they’ve only the one victory in the last 6 years as other nations have started to improve. Last year’s winner was Brit Ian Stannard for Team Sky, beating BMC’s Greg van Avermaet in a tactical two-up sprint. 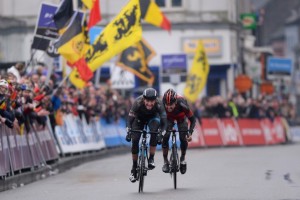 This year, many of the usual favourites will be in attendance. Ian Stannard returns for Sky, with Bradley Wiggins eyeing up a final attempt at Paris-Roubaix before switching back to the track. Wiggins may aim for the win or alternatively act as an elite domestique for Stannard who has the number 1 on his back. Luke Rowe has been in good form recently and may be a left field choice.

A strong BMC team sees Philippe Gilbert, Greg van Avermaet and Dylan Teuns feature. All three have a realistic chance but expect van Avermaet to receive most attention. Etixx-Quickstep have countless riders suited for this sort of race, Tom Boonen, Zdanek Stybar and Niki Terpstra will be their main men. Boonen has never won this Belgian race so would love to add it to his palmares.

Alexander Kristoff has a decent chance for Katusha as a powerful sprinter, as does LottoNL’s Sep Vanmarcke. Vanmarcke is normally there or thereabouts in this sort of race and should manage at least a top 10.
It’s hard to see anyone else not mentioned seriously having a chance of winning the race unless they have a very lucky perfect race. 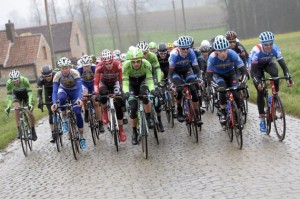 Front of the Peloton during last year’s Omloop het Nieuwsblad