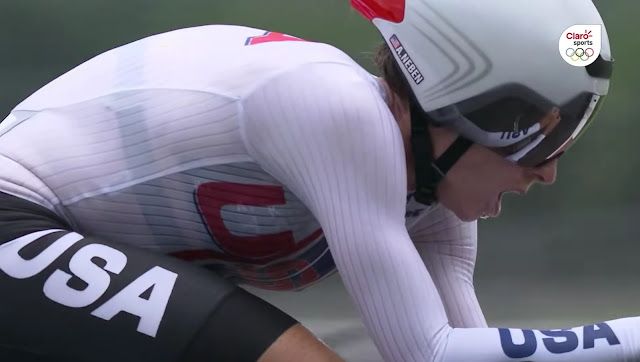 With the World Championships approaching, it seemed a good time to speak to Amber Neben. The American rider has been an almost ever-present fixture in the top 10 of the World Championships time trial since her first time in 2002. Neben has twice won the rainbow stripes in the discipline, back in 2008 and 2016 and will be racing in Flanders this weekend.

Despite going on to become TT World Champion in 2016, you missed out on the Rio Olympics – did it feel good to be back for your 3rd Olympics this year?

Yes! I think it was the most special of all three Olympics. Honestly, back in 2016, I  wasn’t sure if I would try again. Four years is a long time! I was 41 in 2016, and I had already achieved a lot in sport. I didn’t need to go after it. However, I love the process and working through it with my coach, Tim Cusick. Ultimately, God kept the door open, and I was crazy enough to try again. So, yes, making the team and riding well felt great!

Did you make any specific preparations for the Tokyo course? Clearly they worked!

My coach and I spent a lot of time looking at the aerodynamics of it, and how to best use my small size. We also spent a week training together in Carlisle, PA where he made a simulation climb and descent. I did a lot of efforts up and down. The focus up was the “wall,” and the focus down was trying to achieve 40+ mph. Afterward, I brought this idea home and found another similar descent to practice on. Then, in Tokyo I spent a lot of time feeling the course and learning lines. I did a lot of mental repetitions before racing.

You’ve seen the women’s peloton develop over the course of nearly 20 years – what have been the biggest changes you’ve noticed?

Obviously, the biggest is the coverage. When I started, people had to wait for a write up on a website to find results. Then, there were occasional Twitter updates. Now, I know we need more TV coverage, but the ability to follow the racing on social media and livestreams and get results is night and day to what it was. The depth of the field is growing. I would say the strongest riders would be competitive in any era, but now you have more teams at a higher level. The attention to training and the professionalism is better. Everyone is training with power. There were very few doing that back in the early 2000s! The big World Tour teams and the salaries are fantastic, too. There is more of an opportunity to make cycling a career.

As a double-winner of the old Route de France, will the new Tour de France Femmes be a success? Could ASO have done more, earlier and do you hope to race it?

I am excited they are doing it! I think it will be a huge success. I hope the television coverage gets the same energy and production value as the men’s. Cycling can be great to watch if you can follow what is happening. I would absolutely love to race it and target it! At one time, stage racing was my bread and butter, and winning in France is fun! (La Route 2x and also the old Tour de l’Aude 2x.) However, I am undecided as to my future racing at the world level. At 46, I’m closer to the end of my career than the beginning. I’ll make a decision after the World Championships.

Being a time-trial specialist, what is it about the discipline that keeps you going year on year and what are your next goals?

I love the challenge of riding the perfect race, pushing my body to the redline, and being in the “moment” in the big races. I love the training and all the details that go in to preparing for these races. I think it is a special event, and I would encourage everyone to try it at least once! Come train with me, and at a minimum, you will develop some of what I call PX4! Haha.

There’s never a magic shortcut, but are there any important things to know for people who want to go quicker against the clock?

When I won in 2008, you had to be strong. In 2016 and now, you cannot neglect aerodynamics or the rolling resistance details. All these things add up. At the same time, you still have to make power, so finding the right blend of aero and power in your position is important.

Mentally, you need to be committed! Physically, your aerobic engine is a key component. For both, preparation matters in the long lead in and on race day.

Finally, I know you’ve been asked about retirement a lot, despite continuing to be near the top of the TT standings – what would make you think, that’s enough?

I was extremely hungry after the Olympics to go for one more World title. Being 11 seconds from the medal stand indicated to me that I was still capable. I was also still enjoying the mental and physical process, so worlds this year was an easy decision. Honestly, though, I am close. I am not chasing anything other than God has given me this amazing opportunity to use my gift and to be light in the sport! I will assess after worlds. I have some great coaching and teaching opportunities with Tim Cusick and BaseCamp on the horizon. The opportunity to help others get better while also helping them develop their own championship intangibles (PX4) is very appealing at 46.5.