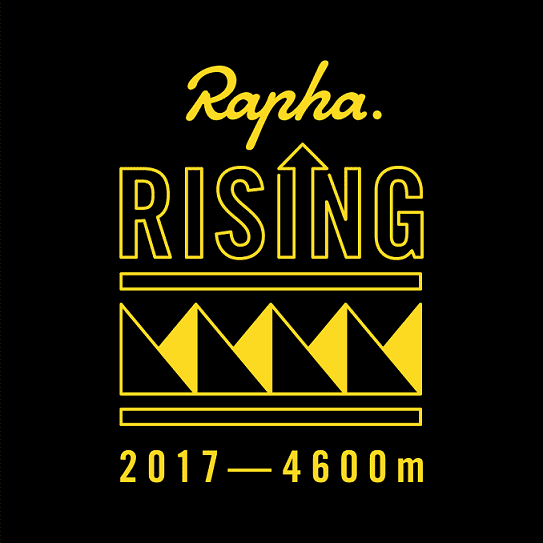 Rapha Rising is a challenge on the Strava website to climb a certain amount of metres across a set number of days. Riders from across the world can take part, complete the climbing and then send off to receive a woven roundel to mark the completion of their efforts.

The Rapha Rising is similar to the Rapha Festive 500 (which I’ve completed twice, in 2014 and 2016). You sign-up, meet the target and get something in return. I’m starting to build up a collection of completed patches now!

I started cycling properly on January 1st 2013, a new year’s resolution on the same day I became a single guy for the first time in awhile. I’d been using Endomondo for the couple of casual rides I did in 2012 but switched to Strava for the competitive aspect and being able to see how I fared against others on local roads.

In July of that year, this challenge of Rapha Rising appeared on Strava. I’d completed a challenge the previous month to cycle 30 hours in just over 2 weeks and thought I’d have a stab at this one. Ultimately I fell well short however. The target set was to do 7235 metres of climbing in a week, I only managed 3087 metres – not particularly close. I remember reading in Cycling Weekly (or Cyclist) that one guy in the flat Fens region of the UK had ridden up the tiny bump near him something like 1200 times to complete the challenge.

The next year the Rapha Rising challenge reappeared, this time the target was a beastly 8800 metres. I had intentions to have another go but by this time I wasn’t living next to the Cotswolds but inner city Birmingham instead. I was also having bike trouble that took awhile to sort out – cables, derailleurs and forgetting to put in the spacer behind my cassette (never done it since). A paltry 1608 metres were ridden that year.

After actually being disciplined enough to complete the 2014 Rapha Festive 500, I was looking forward for the 2015 Rapha Rising to appear. It never did though. Seemingly the only opportunities had been in 2013 and 2014.

Imagine the surprise to find it reappear this year! The target seemed much reduced, an easier 4600 metres and a full 2 weeks to complete it. No excuses were possible. I managed 6916 metres this year over the timeframe, so it was never in doubt. Something like 80,000 riders also completed the challenge this year. 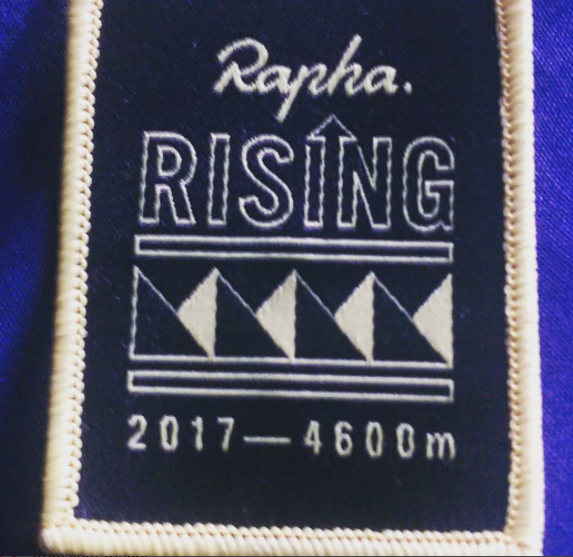 This is the 2017 Rapha Rising roundel (is it still a roundel if it’s square?), not that I’m biased but obviously it was well earned! I’m not sure yet if I’m up for doing the Rapha Festive 500 again this year, but we’ll see if I can be tempted to add another Rapha patch to my collection.