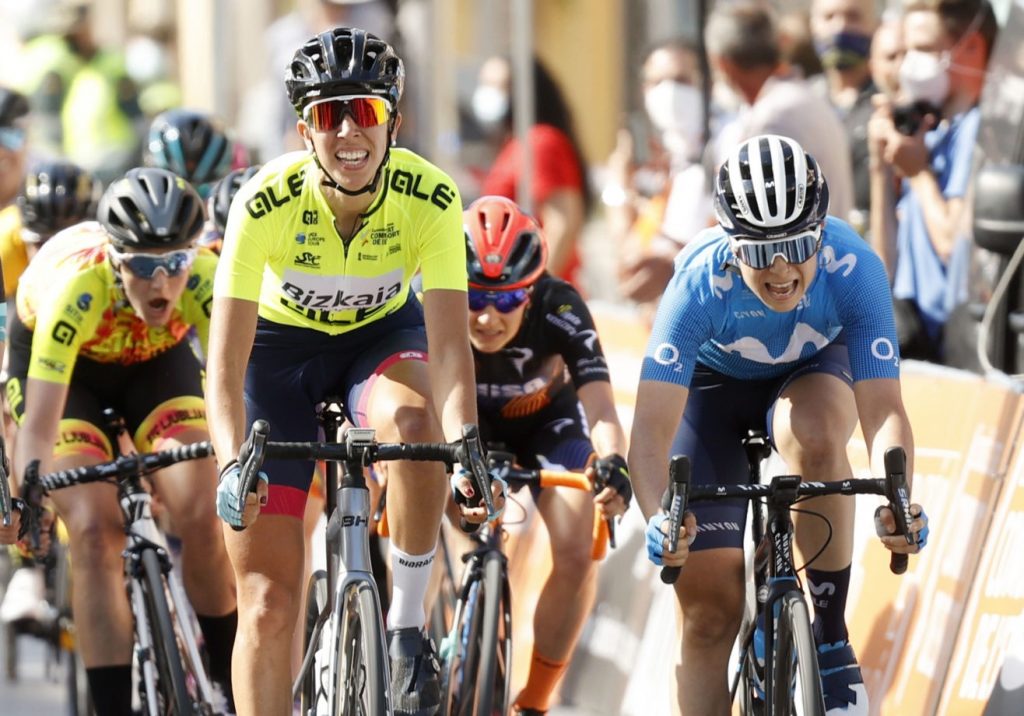 The Setmana Ciclista Valenciana has been a UCI race since 2017 and for most of its history has been a 2.2 race. It was elevated to 2.1 status in 2021. Usually held in February, 2021 was an exception because of Covid as the race was held in May.

The race has evolved over the years, with the first edition being the only one to have a team time trial stage. The second edition was more rolling than mountainous, which saw Hannah Barnes win the GC. Since then the climbing has been at the forefront. Anne van der Breggen’s attack on Stage 2 in 2020 was legendary. Attacking early, only Demi Vollering and Clara Koppenburg kept the gap close but the bulk of the peloton was at least 4 minutes behind. Van der Breggen’s speed was so high that she eliminated 26 riders who finished outside of the time limit.

Annemiek van Vleuten did a good job of replicating that performance in 2021. Her solo break on Stage 1 saw her finish over 2 minutes ahead of everyone else. With that done, she kept a watchful brief for the rest of the race to win the GC.

Since moving to Movistar, this race has become a natural target for Annemiek van Vleuten. The climbing gives an early opportunity for her to test the legs and it won’t be any different in 2022. Stage 3 will be her focus and we’ll probably see a big attack that distances her rivals. Naturally she will be the big favourite to retain the GC.

FDJ are bringing Cecilie Uttrup Ludwig, the 2017 winner. She has finished in the top-10 on GC each time that she has raced the Setmana Ciclista Valenciana. We’re likely to see her attempt to stay with Annemiek van Vleuten on the climbs but probably end up coming just short. She’s supported by Marta Cavalli and Grace Brown. Neither has raced here before but these sorts of climbs suit Cavalli in particular. She’s likely to be a strong alternative to Uttrup Ludwig’s lead role. Grace Brown is the ace up the sleeve, she can launch long-range attacks and put pressure on other teams to chase.

UAE Team ADQ’s Mavi Garcia is always a contender here. She tried to go with Van Vleuten’s attack on Stage 1 last year but didn’t quite make it. The effort was still good enough to see her safe in 2nd in GC though. She’s a strong climber, it’s a home race, I see Garcia making the podium again. She has Erica Magnaldi for some support this season, she has a pair of top-10s in this race. She can certainly repeat that but she’s moved from a leadership role to supporting Garcia for 2022’s race. Their teammate Marta Bastianelli has a great shout for stage wins. After already getting off the mark at the Vuelta CV Feminas, Bastianelli will be looking to add to the stage win she took here in 2018.

Team DSM’s main GC threat will be Juliette Labous. She’s their best climber and so will have the best chance of sticking with Van Vleuten on the toughest sections. She may be able to get onto the GC podium but the team’s focus will be stage wins with Lorena Wiebes. None of the stages are flat and easy but Stage 2 appears to be most likely to finish in a big sprint. Stages 1 and 4 might come down to a reduced sprint as well and we’ve seen Wiebes sprint well after climbing at the Giro. Charlotte Kool has a top-10 in a sprint here in the past but Team DSM will focus on Wiebes as the #1 option.

Canyon SRAM’s Kasia Niewiadoma was 7th here in 2018’s race. You can see her attacking some of the climbs to try and gain time on GC. The issue is that she will be tightly marked by her rivals. She hasn’t taken a win since June 2019 and I think that, unfortunately, that streak will continue here. If Niewiadoma is marked, that might give the opportunity for new teammate Soraya Paladin. She was 2nd in 2019’s race and despite being a strong rider, might be given a little bit more of a leash compared to her leader. Paladin had a relatively fallow 2021 season, but I think she will make a strong comeback in 2022.

Trek’s Elisa Balsamo will be aiming for some more victories in the rainbow bands. She’s been one of the few riders to beat Lorena Wiebes in a head to head sprint in the last couple of years. The hilly nature of the stages might swing the balance a little bit more towards Balsamo than normal. It’ll be tight between arguably the two best sprinters in the women’s peloton. Elisa Longo Borghini will be Trek’s shout for the GC.

Another sprinter option is Sandra Alonso, who moved from Bizkaia Durango to Ceratizit WNT this off-season. She won a stage in last year’s race and was a constant threat. The sprinting field was a little bit weaker last year so results may be harder to get with the likes of Wiebes and Balsamo around. It will be interesting to see how the new, stronger team will help her. She’ll be able to call upon Katie Archibald and Maria Confalonieri in her strong lead-out train.

Team BikeExchange-Jayco’s Ane Santesteban has said that this year’s harder parcours will suit her more. Last year she was 21st in GC and has never quite made the top-10 here. She is a strong climber and is the team’s clear GC leader. It’s a great chance for her to shine before the team’s main GC rider, Amanda Spratt, is back riding in Europe after her off-season surgery.

2019’s winner is here – Clara Koppenburg – for the brand new Cofidis Women team. She is one of the best natural climbers in the peloton and will be a rider who stands a chance of being able to ride with Annemiek van Vleuten. We’ve not seen her race since last year’s Giro Donne but even in 2021, Koppenburg was 4th in GC at Vuelta a Burgos. Keep an eye out for her on Stage 3 in particular.

Finally, I like Veronica Ewers of EF Education-TIBCO-SVB. She climbed well towards the end of the 2021 season. Taking 2nd at Joe Martin and then 5th at Tour de l’Ardeche. Plucked from the American scene, she doesn’t have tonnes of experience in Europe yet but has already shown she can hang with Mavi Garcia.

We’ve seen plenty of breakaway winners at the Setmana Ciclista Valenciana. Team DSM have a couple of alternative options if Wiebes is distanced. The likes of Floortje Mackaij, Pfeiffer Georgi and Liane Lippert could all attack and stay away. Stage 1 in particular looks good for an attack, with the short sharp climb going quite near the end of the racing. Stage 4 is another possibility but there’s more time for the peloton to catch back up again with 30km between the summit and the finish.

I’m expecting Barbara Malcotti to have a great 2022 season and she certainly does well on punchy climbs. I’m not sure if that will translate into a GC threat or if it means she’ll be in the hunt for stage wins though. Her Human Powered Health team has a lot of young talent though. I think Marit Raaijmakers should be the main sprinter for the team but they also have junior world champion runner-up Kaia Schmid. This will be a case of being thrown into the deep end for Schmid so it may be realistic to not expect instant success. I’m hoping that Raaijmakers gets the chances here to impress.

I like Silvia Zanardi of BePink’s chances here for some good sprint results. She crashed during the Vuelta CV Feminas, so 97th there wasn’t a true representation of where her form is. I’m still surprised that no bigger team snapped her up for this season and she will be wanting to make sure she’s in the shop window this year.

Joss Lowden has got previous for long breakaway wins and with at least one stage in recent years giving the break a win, there’s a chance for her. Hannah Barnes is a former winner here but on a different parcours. There’s always a chance that she can get a result in the sprints this season though. The brand-new Uno-X team will be looking to make their mark in their first race. If the women’s side is as attacking as the Uno-X men have been in 2022, they could be ones to watch.

Noemi Rüegg really announced herself at this race last season, taking 5th in GC and winning the youth jersey. That result and obvious talent has seen her make the jump to Jumbo Visma for 2022. She’s the team’s obvious leader here so has a chance to repeat last year’s result.

There are a number of riders who look like they will be using this block of racing as a warm-up for the Spring Classics. Ellen van Dijk has the potential to go for a long one but I think she will be happy to keep the powder dry and work for Balsamo and others.

The entirety of the Le-Col Wahoo team won’t be racing, due to a number of positive Covid cases.

They have been replaced by the Farto-BTC team.