6 Women’s WorldTour riders who can bounce back in 2022 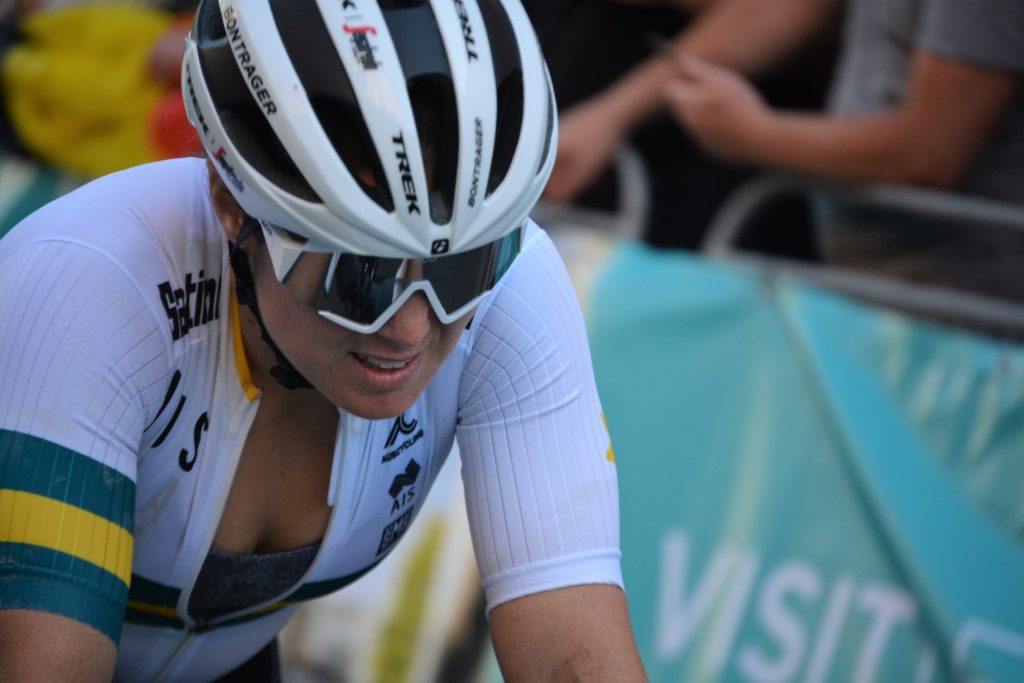 Every year there are riders who don’t quite deliver to high expectations, often due to injury, but they come back stronger the following year. 2020 was a strange season with the Covid lockdowns but there were a number of riders who came through the experience with strong results. No doubt due to being able to respond well to training without racing, they hit the late part of the 2020 season strongly and took strong results. Some of those riders then signed for new teams, which in itself is easily capable of changing outputs for riders. For a young rider who might’ve been getting leader opportunities on a smaller team, those chances become fewer when moving to a major team with a star rider ahead of them in the pecking order.

So here I’ve listed 6 riders who were strong in 2020 but had a bit of a bump back to earth in 2021 for a variety of reasons. This isn’t a negative article though. I think each of these riders can get back to finishing strongly and getting great results and wins in 2022.

Paladin had an amazing 2019, finishing in the top-10 of the rider rankings. She took 5 victories over the season and amassed a bucketload of top-10 results in major races. Looking back from this point, you wouldn’t have expected Soraya Paladin to not take another victory in the 2 seasons since. She changed teams from Ale Cipollini to CCC/Liv Racing and obviously, the Covid year reduced opportunities for her in 2020. The move clearly hasn’t played out well, with a number of other similar riders on the roster during those 2 years. Marianne Vos was the clear leader in 2020 and then Lotte Kopecky in 2021.

There has been the odd good result which is encouraging, like 5th at Amstel Gold and Alfredo Binda in 2021, plus 7th in La Course. However, that previous consistency hasn’t been there. Sometimes transfers work out and sometimes they don’t. A move to Canyon SRAM for 2022 may reignite things and we could see Soraya Paladin become a regular favourite again.

Stephens was a star of the 2020 season for Team TIBCO. She appeared to be one of the riders who were able to achieve their best form later in the year once racing resumed and finished 12th in the rankings. So it was a shame to see her fall back a little bit in 2021. Aside from the major boon of winning the USA Nationals and wearing the stars and stripes since June, there hasn’t been many other big results. Her only top-10 in the Women’s WorldTour was at Gent Wevelgem and there were only 3 other top-10 finishes all year.

Some of that may be down to the emergence of Kristen Faulkner who took much more of a leadership role in the team. With Faulkner moving to Team BikeExchange-Jayco, that will no longer be an issue. The EF Education-TIBCO-SVB team is strong for 2022 and Stephens will regardless be a useful experienced head even if the individual results don’t come.

Lippert had a huge 2020 season where she took her first Women’s WorldTour win in Australia at the beginning of the year. She was then a constant contender throughout the classics part of the season in the Autumn. That combination of a great early part of the year in Australia and a strong second half saw her finish 5th in the 2020 rankings. Any race that required some puncheur power seemed to suit Lippert. Which included her 5th place at the World Championships in Imola and 8th at Fleche Wallonne. She had a memorable two-up chase of Grace Brown with teammate Floortje Mackaij at Brabantse Pijl. Going on to secure 2nd place that day.

So we kinda expected to see Lippert push on a bit from that success in 2021. There were plenty of solid results, including 2nd at the European Championships whilst chasing Ellen van Dijk. But it felt like they were nearer the bottom of the top-10 than they had been the year before. At 24 years old, she’ll be one of the most experienced riders on Team DSM in 2022 and along with Juliette Labous should be the team’s focus in hilly races.

Another rider who seemed to get better and better as the 2020 season went on was Mikayla Harvey. She began to creep up the results and was just outside the top-10 at WWT races before the Giro Rosa. It was there that Harvey came to wider attention, finishing an amazing 5th Overall and beating huge names. She then finished 7th on the Mur de Huy at Fleche Wallonne before the team’s sponsor pulled out of the sport. That effectively finished the year early. So with a move to Canyon SRAM in 2021, big things were expected.

2021 wasn’t exactly a bad season for Harvey. But I think what we saw was natural given that Kasia Niewiadoma is the leader of the team. Being similar riders, meant that we saw less of Mikayla Harvey near the front at the end of major races. There were highs, like 5th in GC at the Tour de Suisse, 5th at GP Ciudad de Eibar and 6th at Emakumeen Nafarroako. But it would be fair to say those results weren’t as high as the 2020 season. With another year of experience under her belt, chances are we will see a return of the results from 2020.

I almost didn’t include Chloe as the struggles the last 2 years haven’t been her own doing. Plus, she’s still taken wins regardless. Her move to Rally Cycling in 2020 looked good on paper at the time. However, Covid really did a number on what she was able to do. The American team ended up with a reduced calendar and others often got the wildcards to the remaining races. Hosking was already off the mark pre-lockdown with a win at the Tour Down Under. Then she came back to take a pair of wins at the Tour de l’Ardeche and GP d’Isbergues.

A move to Trek Segafredo for 2021 felt like it would give more chances to win WWT races. Then that plan was derailed when Chloe Hosking caught Covid herself. She was out between March and August but came back strong to win a stage at the Tour of Norway. A strong week at the Women’s Tour followed a win at the Tour de l’Ardeche for the 2nd year running. Unfortunately no more wins but given how the season had gone, a good way to finish. I’d love to see a peak-form Chloe Hosking winning multiple big sprints. And ideally, regularly go toe to toe with Lorena Wiebes in 2022.

After an absolutely huge 2019 season, Chloe Dygert was about to become the new star of the women’s peloton. Winning stage races in America and becoming World TT Champion in such an impressive way, beating the European stars. 2020 was earmarked for the Olympic Games and when they didn’t happen, the focus was on the World Championships. Canyon SRAM announced that they’d signed Chloe Dygert and the future looked set. During the race, Dygert was on course to retain her world champion status when she crashed and suffered a horrific injury to her leg.

It looked good when she came back to win the USA TT nationals in June 2021. So she went into the rearranged Olympics with high confidence. After doing a tonne of work in the road race, viewers saw Dygert barely able to move around off the bike. The injury clearly was still causing issues. With the time trial just a few days afterwards, Dygert finished down in 7th below the high expectations. With more time to rehab the tough injury, we can maybe begin to restart the budding hype from 2019. It would be great to see Chloe Dygert deliver big results in the European peloton.